I think most people nowadays are familiar with the gay pride rainbow flag, but until a few days ago I was blissfully unaware the entire LGBT[a][b][c]…[z] list each has a flag of its own. I discovered this because a reader emailed me these photos taken at the Whitney Art Museum in New York: 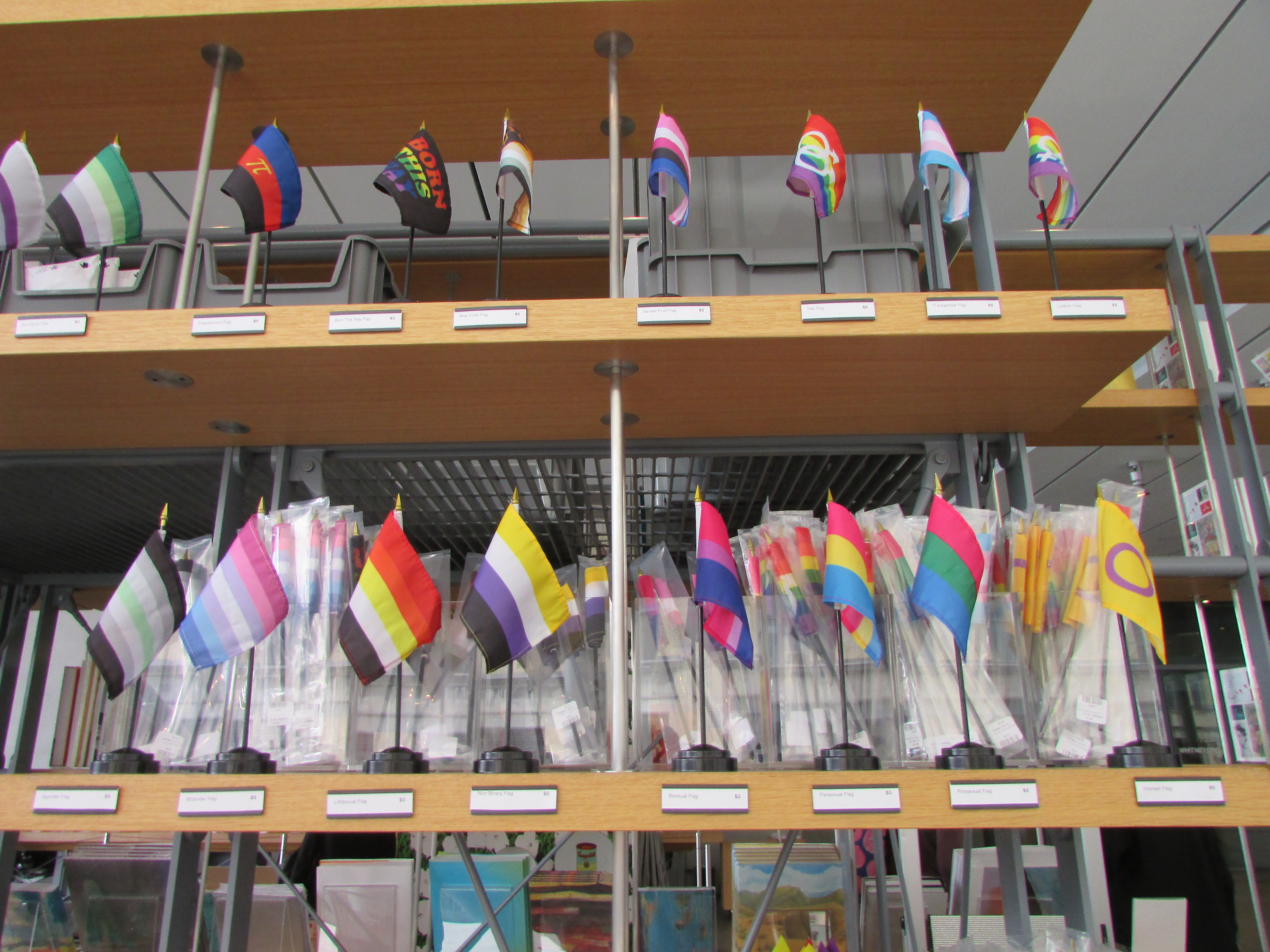 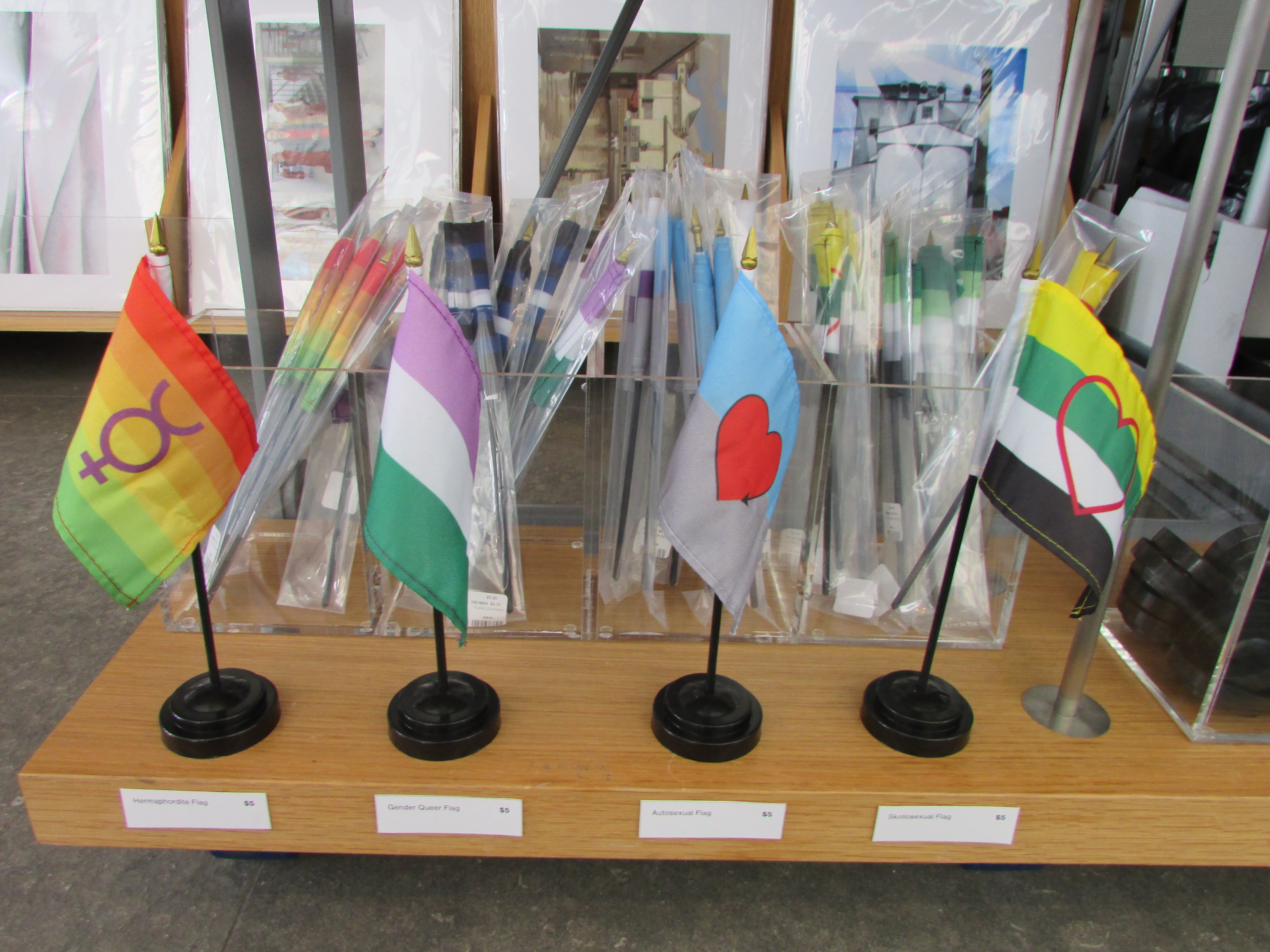 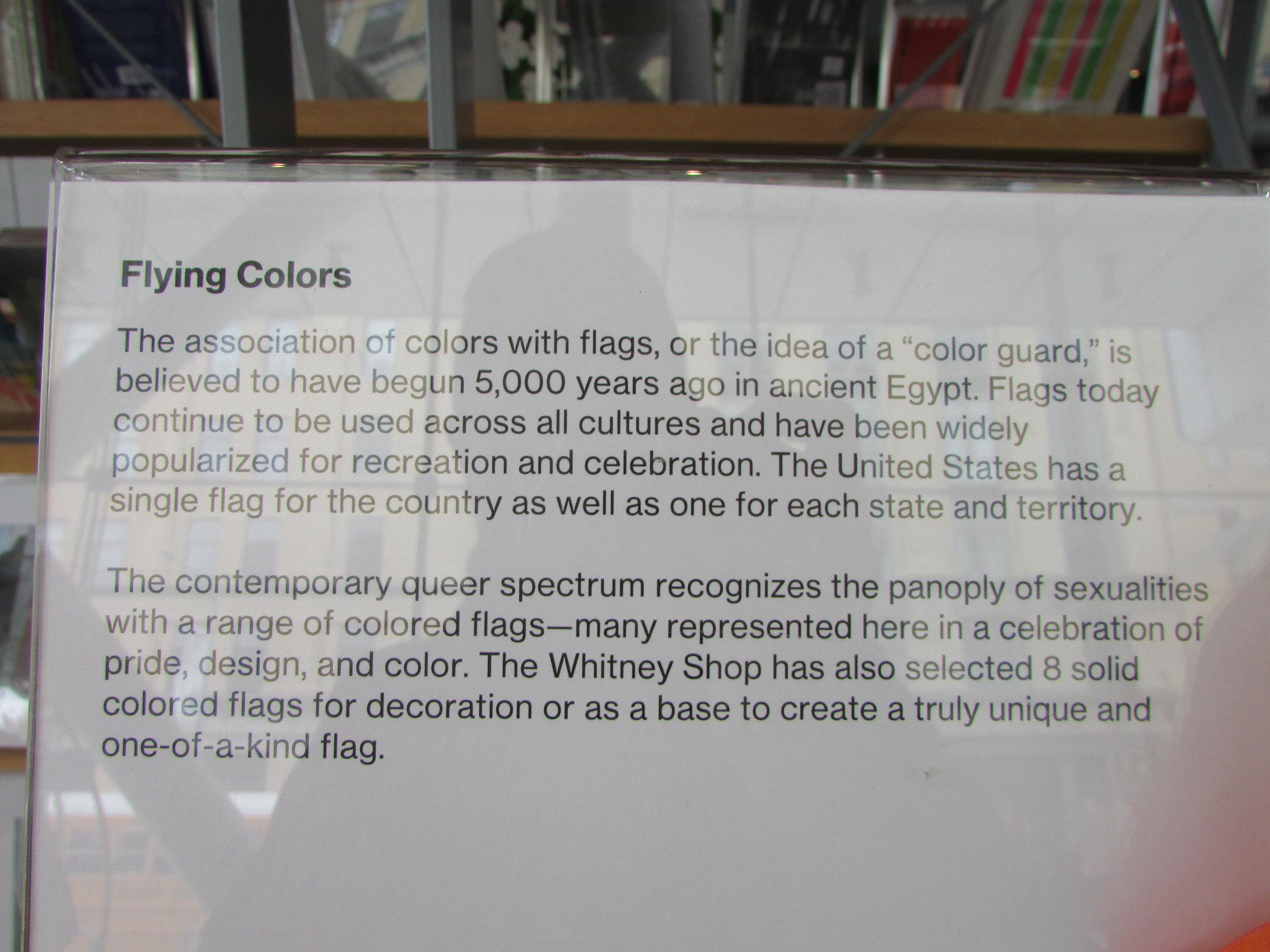 21 thoughts on “Sex Flags of a Nexus”