A day or two ago the utter stupidity that is “cultural appropriation” raised its ugly head on Twitter, triggered by this post:

A Chinese American bleated about how his culture was being disrespected, and a giant pile-on ensued. Now the whole notion of cultural appropriation is so inherently dumb it’s not even worth explaining why, but it’s interesting to see who is complaining of it and why.

The vast majority of Chinese and Chinese Americans did not care one whit about this young lady’s dress, and there was an outpouring of support from those demographics when they saw what was happening. I suspect most of the vitriol being directed at Keziah Daum was driven by women wanting to put a pretty young woman down; if she’d been some obese creature with a face full of fishing tackle, tattoos, and purple hair with all sorts of woke tweets in her timeline, nobody would have said a word. But instead she was a pretty young thing looking to have some fun, and that will never do. Complaints of cultural appropriation are just an excuse to bully people and force them into submission, and this most recent case is no different.

However, there is a little more depth to it than that, which these two tweets hint at:

I had this conversation earlier. It’s over-compensation for insecurity over a lack of connection to your families country of origins culture. This leads to heightened sensitivity and protectiveness. Going to these places and living the culture is the only real cure.

In short, the children of immigrants have an identity crisis and often a giant chip on their shoulder as well. Here’s a picture of the dickhead who started it all: 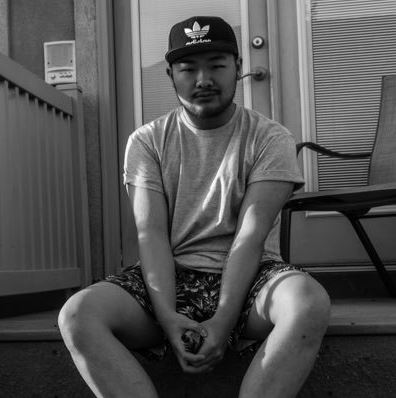 He’s dressed like a white boy who’s just smoked some hash and is thinking of eating a Tide pod to impress just the sort of girl who looks cute in a prom dress. Like most teenagers or young men, this kid doesn’t know who or what the hell he is, and he’s latched on to his parent’s culture in order to give himself some sort of identity. I expect a mainland Chinese would laugh in his face if he tried to pass himself off as Chinese, yet Americans probably don’t think he’s all that American either – not least because he probably insists he isn’t whenever he wants to look cool and edgy.

I saw a similar thing when I was at boarding school in the UK, when the intensely privileged offspring of powerful Africans would act as though they were from the New York ghetto, and talk about their countries in a way which made one think they were from Wakanda. In a way it was a defence mechanism, having found themselves (in many cases) dumped by their families in an unfamiliar environment. One lad was the umpteenth son of Zambia’s Frederick Chiluba, a highly charismatic lad with a good heart, but whose behavioural problems led to him being expelled (unfairly, IMO). Half the time he seemed to be living in a fantasy world in which he was a gangster or rapper, and a lot of the younger black kids looked up to him and emulated his behaviour, changing their accents when appropriate. It wasn’t just the Africans: a spectacularly thick and spoiled Korean kid who was fortunate enough to have rich parents would talk about his life in Korea as if he was member of their version of the Yakuza. He had a rather camp Spaniard for a mate who would start every bloody sentence with “Ina Thpain…” and told us all about he would go knife-fighting in gangs in Barcelona during the holidays. These kids had serious identity crises, even more than normal teenagers, and would cling to elements of their culture like a lifebelt, filling in the yawning gaps to the point their lives as described to others were mostly fantasy.

To be fair, all teenagers live in a fantasy world to some degree, and exaggerate ethnic or cultural ties if it gives them a slight edge in the interesting-ness stakes. Hell, I went through that boarding school making out Wales was very different from anywhere else making me oh-so special, simply because there were no other Welsh-born people there. Thankfully most people grow out of it, but in modern western culture people are encouraged to nurture grievances both real and imagined and blubber about them on social media. A feature of modern society is that so many adults seem stuck in adolescence; sensitivity over one’s supposed “culture”, and how others perceive it, is just another example of that. The furore over Keziah Daum’s dress was a symptom of this, not a problem in itself.