Today I went grocery shopping, but went to a different supermarket than usual because I needed to buy things which aren’t normally available in the smaller store beside my apartment.  When I got there I discovered the aversion to polythene bags had reached far beyond the checkouts and into the heart of the shop.

Usually when buying loose fruit and vegetables you pull very light polythene bags off a roll and put your selection in them before weighing.  But in this place – a Monoprix – they had done away with the polythene bags and replaced them with stacks of paper bags like these: 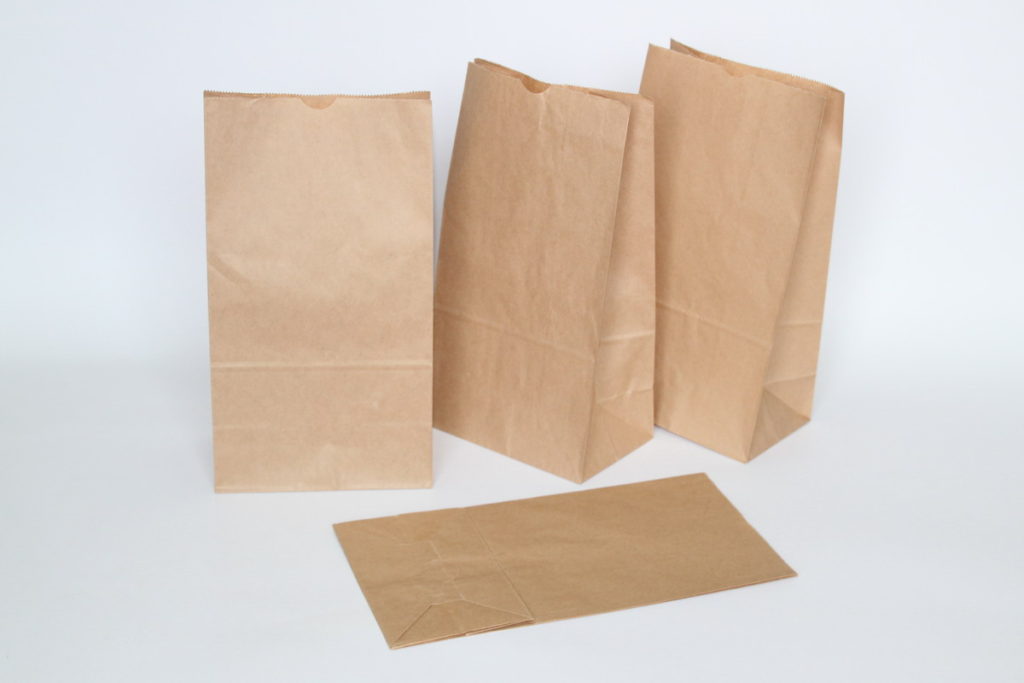 So if you want to buy a lemon, two carrots, five potatoes, an onion, and a parsnip you need five of these bags.  You can see the problem already, can’t you?  The excess paper takes up a lot more space than excess polythene does, and so your basket is full after putting only a few small items in it.  You also can’t seal the bags like you can with the polythene ones by tying a knot in them, and the best you can do is scrunch them down.  Yeah, that’ll work on the drive home.

There is also a major drawback when you come to weigh them: the stickers don’t stay on a scrunched up paper bag, which is down to a combination of the irregular shape and the surface of recycled paper.  Put a sticker on a polythene bag and it stays on.  So you get to the till and find the stickers have fallen off.  This is progress, apparently.

I then went to another store, this one specialising in organic produce which I normally avoid like the plague but I had no choice if I wanted to find what I was looking for.  Their entire collection of carrots was split.  When I worked on Britain’s largest vegetable farm in the summer of 1996, we wouldn’t dream of selling split carrots to our supermarket customers.  Perhaps we should have doubled the price and sold them as “healthier carrots”?  Anyway, this shop had the same deal with the paper bags only you didn’t weigh them yourself, the cashier did it.  The geniuses who dreamed up this plan overlooked one crucial benefit of polythene bags over paper: you can see what’s inside!  So the cashier – I kid you not – had to unscrunch everyone’s paper bags to see what was inside before she could tap the price in.  Again, this is supposed to be progress.

Hey, maybe using millions of paper bags is better for the environment than using millions of polythene bags, I don’t know.   But I would like to see a study that shows the recycling process and the chemicals used, plus the transportation and disposal costs (paper bags are much heavier and bulkier), works out better for the environment than sticking with polythene bags.

4 thoughts on “Yet More on Polythene Bags”