Few things look more obviously fake than millionnaire politicians doing a photoshoot to show they’re really just like us. In 2015, then-Labour leader Ed Miliband did a photoshoot of he and his wife relaxing in their kitchen: 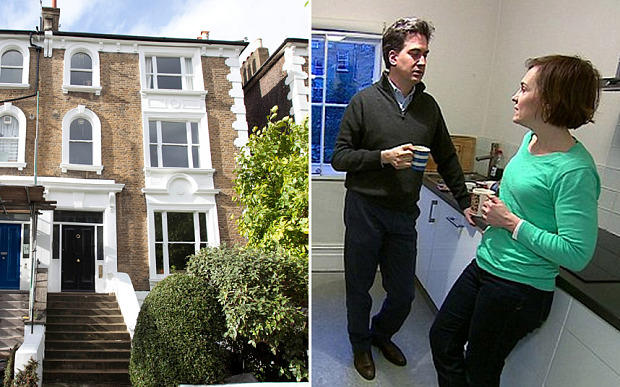 Which raised a few eyebrows given the house was worth about £2m. Turns out it was a second kitchen used for preparing snacks, and the real kitchen would have been rather more grand. Oddly enough, holding a photoshoot in the butler’s pantry to demonstrate his earthly connections didn’t work out too well for Miliband.

A couple of days ago Democrat presidential hopeful Kirsten Gillibrand invited photographers into her large, pristine Washington, D.C. kitchen to watch her prepare the family meal. 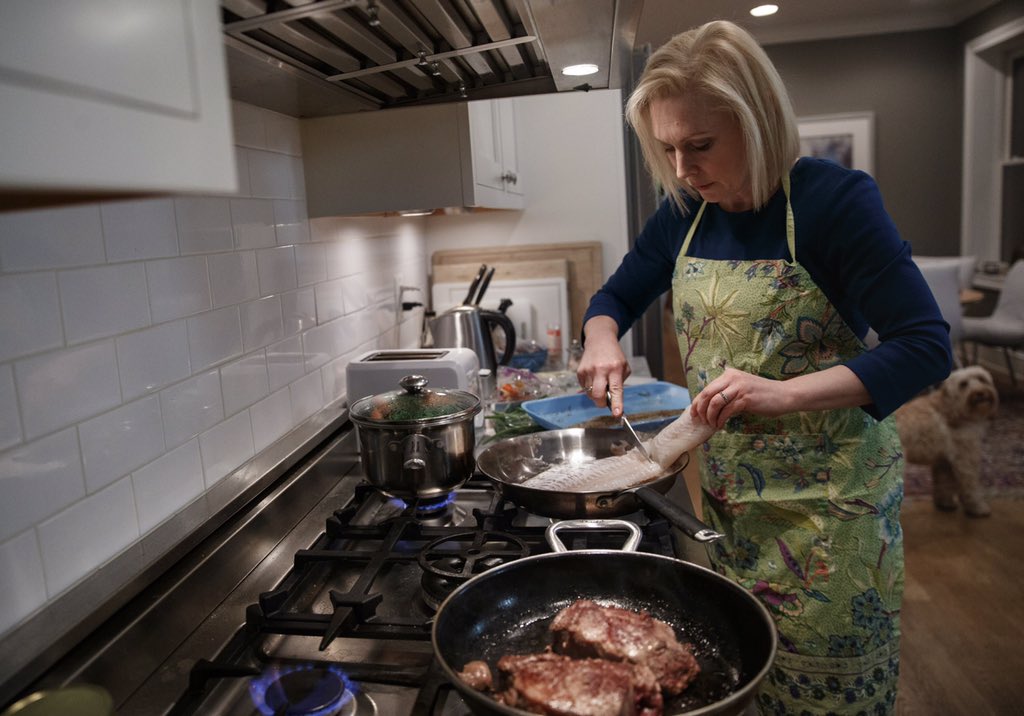 Unkind Twitter users were quick to point out the sharp crease in her apron, freshly bought for her that morning. Others wondered what the hell she was trying to do with that fish. Don’t you normally cut it before putting it in the frying pan? The lit gas burner with nothing on it didn’t go unnoticed, nor did the solitary mushroom looking rather lost beside the steaks, wondering where the others might have got to. I think the dog’s face tells us what we already know: this woman has never cooked before in her life.

Is there anything more cringeworthy than fake attempts to appear down with the masses? One of the most endearing things about Jacob Rees-Mogg is he’s uber-posh and wears top hats and is utterly shameless about it. One of the reasons Trump gets away with so much is he behaves exactly like you’d expect from a brash, New York billionaire. At least you know what you’re getting. People might not like posh or rich, but they really hate insincerity and, as Miliband and Gillibrand attest, faking sincerity is hard.