A reader sends me this story:

A Google executive has left the company with no severance after he was accused of sexually harassing a young female job applicant by inviting her to Burning Man and asking her to take of her shirt for a massage.

Google parent Alphabet confirmed on Wednesday that Rich DeVaul had left the company as tensions heightened over how they handle such matters of sexual harassment allegations.

He was accused of telling a young female hardware engineer during her job interview that he and his wife were ‘polyamorous’.

DeVaul invited the woman to visit the Burning Man festival with him the week after her interview. The woman said she took her mother along because she thought it was an opportunity to speak about the role.

She claims DeVaul asked her to take off her shirt for a back rub when they were at the festival. She refused initially but agreed to a neck rub after DeVaul kept insisting. 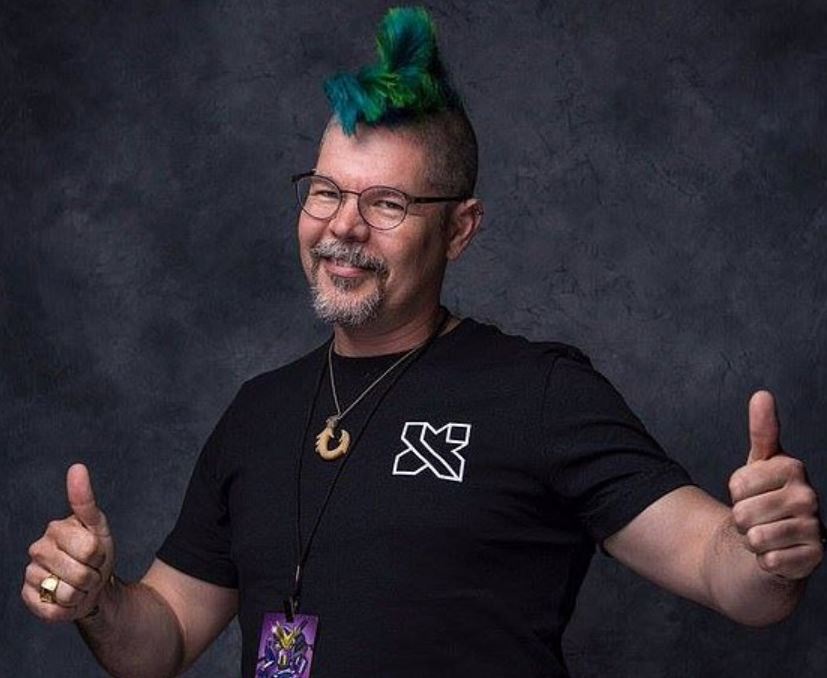 Of the group of people who inspired my book, which loyal readers will know is in part about a polyamorous community for whom Burning Man was an annual pilgrimage, the men were overwhelmingly working in IT. During my research, the ever-reliable Daniel Ream pointed out that while not every bloke working in IT is a deviant, the sort of people who are into polyamory will gravitate towards IT. The degenerate in the photo above is a walking polyamorous Burning Man stereotype. While I don’t wish to engage in victim-blaming, I find myself asking what sort of woman would go to Burning Man with this guy having been propositioned in an interview, and bring her mother along?

The woman said she took her mother along because she thought it was an opportunity to speak about the role.

Do IT people usually involve their mothers when invited to speak about a professional role? And that her mother was willing to go to Burning Man at all, let alone in those circumstances, says rather a lot about the family.

And this brings me onto my wider point. Regular readers of my blog will hardly be surprised that an ultra-woke polyamorous man with green hair turns out to be a rampant sex-pest. If he hasn’t spent the past decade identifying as a male feminist, I’d be amazed. Yet these are the sort of people Google actively recruits and promotes, based on their adherence to the ever-evolving SJW scripture, while firing anyone who commits heresy. The world’s largest tech company has made a point of hiring people with severe mental issues who parrot the correct political mantra, and has absolutely no idea what to do about the inevitable result. Here, via Tim Almond, is the BBC:

Staff at Google offices around the world have staged an unprecedented series of walkouts in protest at the company’s treatment of women.

The employees are demanding several key changes in how sexual misconduct allegations are dealt with at the firm, including a call to end forced arbitration – a move which would make it possible for victims to sue.

Google chief executive Sundar Pichai has told staff he supports their right to take the action.

“I understand the anger and disappointment that many of you feel,” he said in an all-staff email. “I feel it as well, and I am fully committed to making progress on an issue that has persisted for far too long in our society… and, yes, here at Google, too.”

Like some medieval religious cult, the self-flagellating priests think the problem is they’ve not flagellated themselves enough. By hand-wringing, pandering to extremists, and recruiting the mentally unstable they’ve fostered an environment where major HR issues are inevitable. But because they’re so far up their own backsides, they can no longer identify the problem, let alone solve it. That’s why they have to pretend this problem of green-haired polyamorous managers taking interviewees and their mothers to Burning Man exists everywhere.

Staff involved in Thursday’s walkout left notes on their desks telling colleagues: “I’m not at my desk because I’m walking out with other Googlers and contractors to protest sexual harassment, misconduct, lack of transparency, and a workplace culture that’s not working for everyone.”

These are not the actions of functioning adults. And besides, the managers are drawn from the ranks of people who are exactly like those walking out. Even if Google fired every manager tomorrow, they’ll be replaced by dysfunctional millennials who will act in exactly the same way. These people were recruited as perfect fits for the corporate culture they are now protesting.

They have also made formal demands to Google’s management. They are:

A commitment to end pay and opportunity inequality

A commitment to end things which by any objective measure don’t exist. Things haven’t got off to a good start, have they?

This will read like the product of an algorithm taking stock phrases from The Huffington Post while mixing in a few generic “corporate values” available from any good PR agency.

This almost certainly exists: the trouble is, Google recruits psychopaths and promotes them as managers, who are then given control over said process.

So diversity will become separated from HR? How’s that going to work? And what’s diversity got to do with sexual harassment?

The appointment of an employee representative to the board

Didn’t these used to be called unions? It’s going to be interesting to see what a unionised workforce thinks of Silicon Valley’s hiring practices.

With forced arbitration being:

Forced arbitration, a common contract clause for Silicon Valley workers, demands any disputes are dealt with internally rather than through other methods such as the courts.

I’d have thought this amounted to a denial of one’s statutory rights, but given it’s California I suppose anything is possible. What is amusing is we had the YouTube CEO Susan Wojcicki publicly denouncing James Damore for wrongthink and Google CFO Ruth Porat weeping over the election of Donald Trump, all the while presiding over employment contracts which would look familiar to a 19th century Kentuckian mine worker.

Rather than ratcheting up the self-flagellation to levels not seen outside extremist cults, Google needs to get a grip by firing the bulk of its senior management and replacing them with sensible people who put in place policies which make the firm more like a serious corporation than a playground, thus changing the culture to one in which sane adults flourish while the mentally ill and perpetually aggrieved don’t get through the main gate. Their complete drip of a CEO can start this process by resigning on the spot.