A week or two before Donald Trump visited the UK, some people decided to make a balloon caricaturing him as a baby which they promised would soar over London: 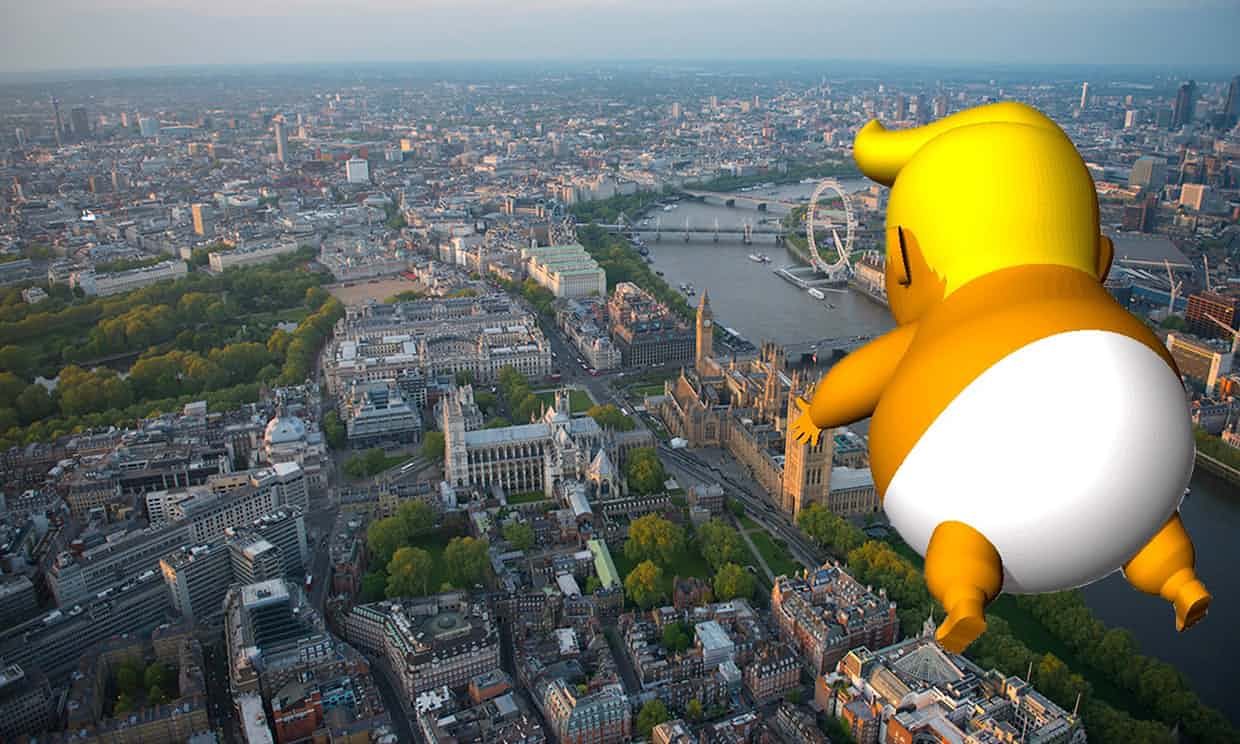 Looks impressive, eh? And it should be given it cost just shy of £18,000. It was actually pretty well designed: 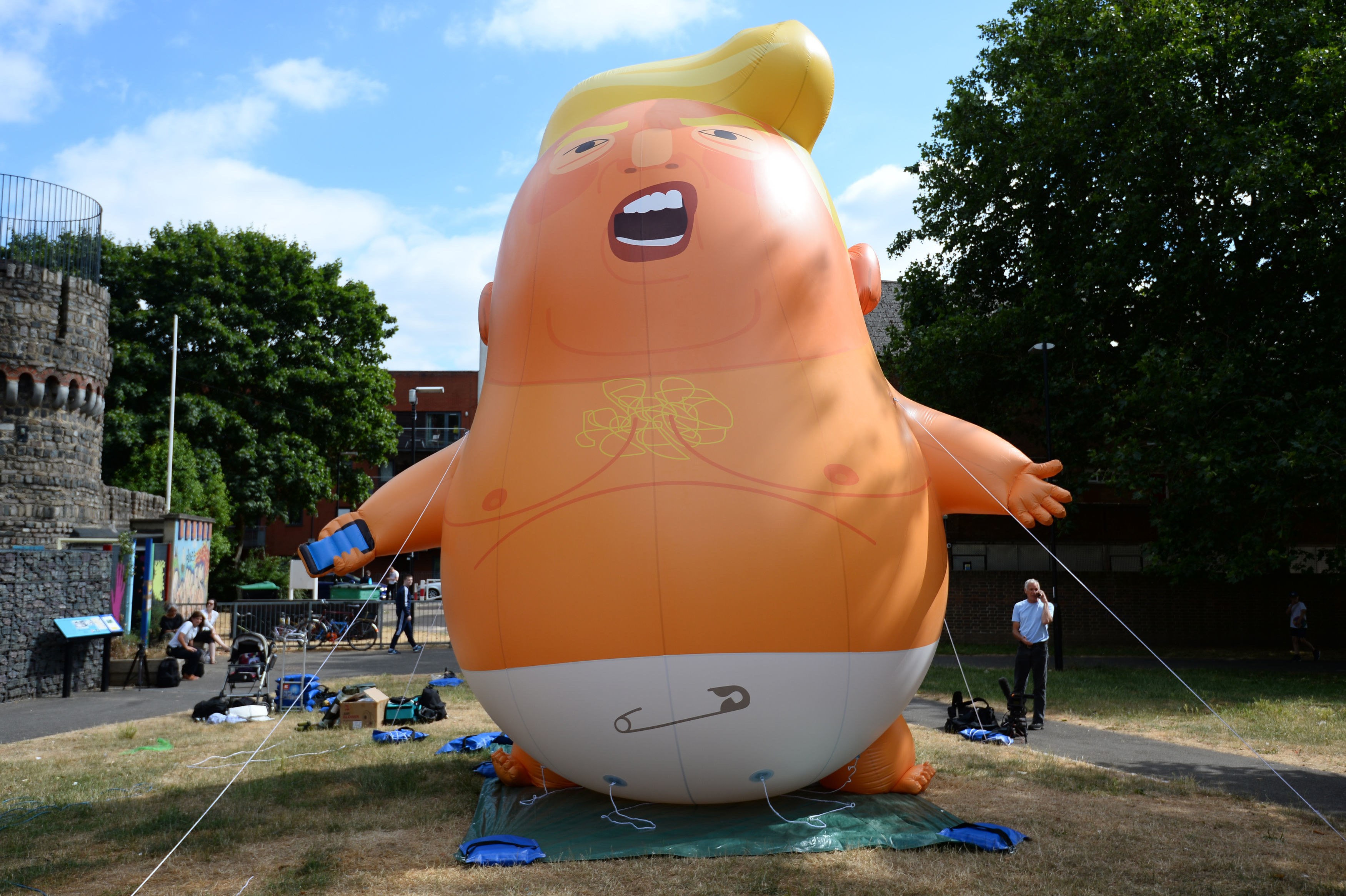 Regardless of what you think of Trump or the protest, it is quite a good caricature and I found it funny. However, having been promised this: 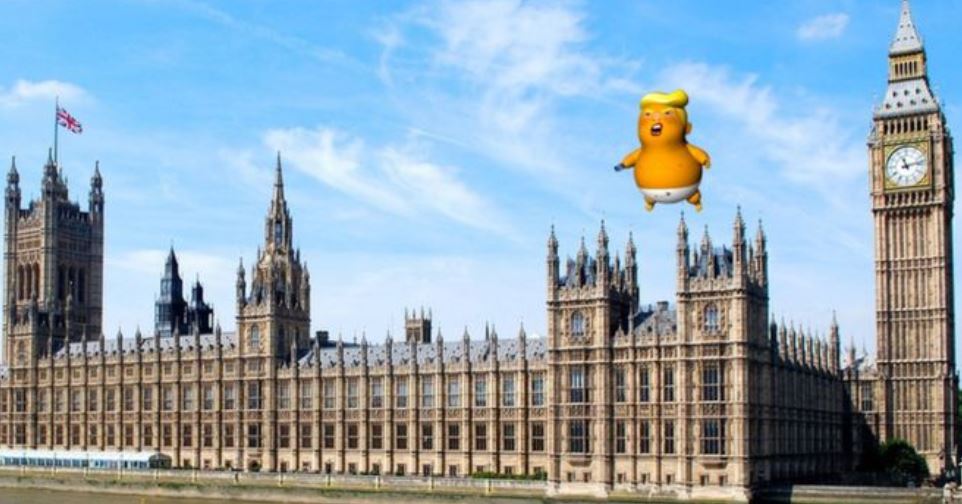 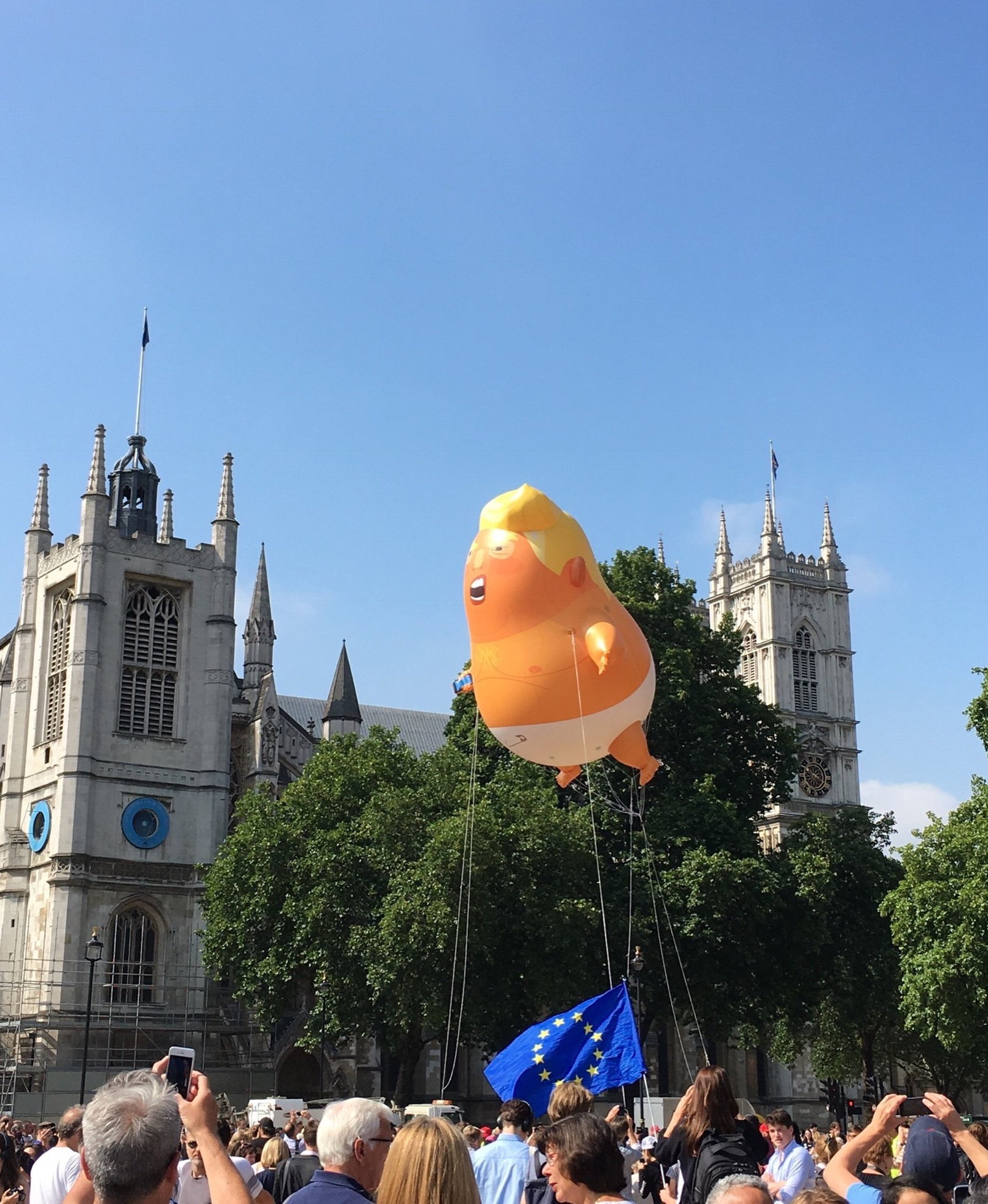 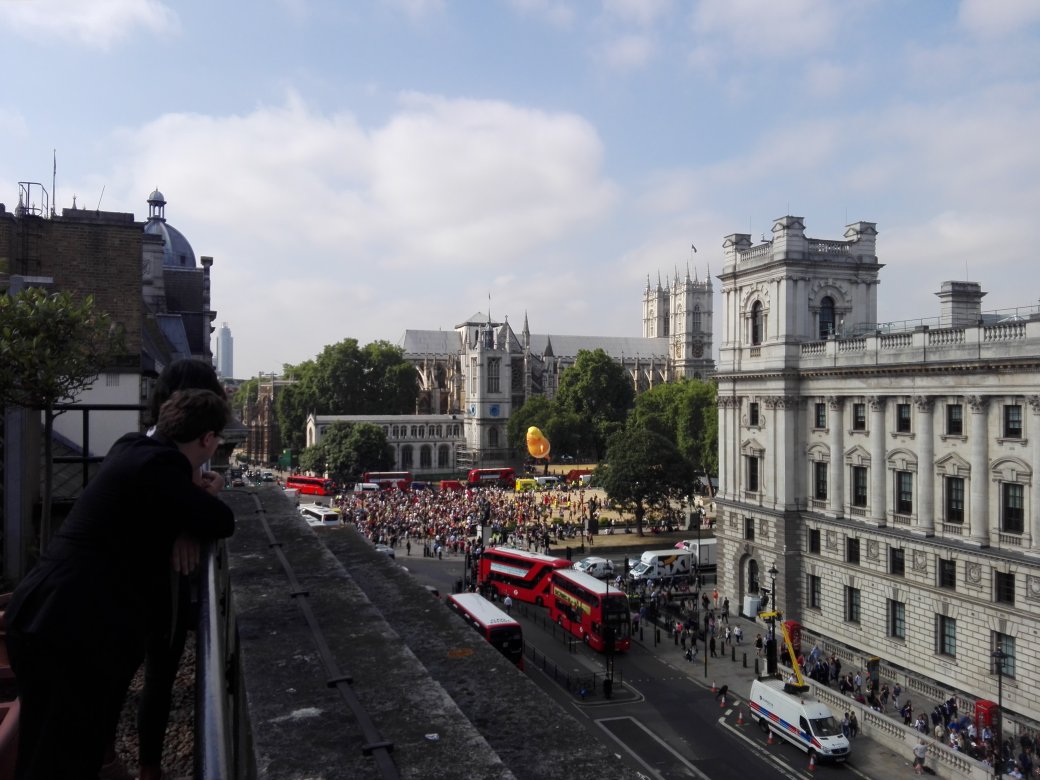 As one American put it:

I thought it would be Macy’s Day Parade-sized. I’ve seen bigger balloons at the grand openings of gas stations here in the US-of-A. Step it up, England.

Somewhere in Britain there’s a balloon manufacturer who’s just fleeced a load of dumb lefties out of eighteen grand. A lot of people also recalled this part of the story:

The “Trump baby” balloon is due to fly on the Friday morning, after campaigners raised £16,000 to pay for it and the London mayor, Sadiq Khan, gave permission for it to fly. “The mayor supports the right to peaceful protest and understands that this can take many different forms,” a spokesman for Khan said.

One can understand permission might be required from a city mayor to fly something the size of a WWII barrage balloon at a thousand feet. But a balloon the size of a transit van at twenty feet? A free people, indeed.

For a protest, it seems to have been lame even by lefty standards. Here’s what the organiser had to say:

Leo Murray, an environmental campaigner behind the balloon stunt, said the protest was intended to play on Trump’s psychology. “He’s a deeply insecure man, and that is the only leverage we have over him. If we want his attention, we have to do something that humiliates him.”

The idea that a billionaire who cut his teeth in New York real estate, lives in a skyscraper with his name on, and has married two supermodels is insecure is rather fanciful. They’re so used to craven, grovelling politicians they’ve mistaken Trump’s ability to answer back and stand up for himself as insecurity. I doubt Trump paid much attention to the balloon, and if he did react it would come in the form of trolling which would have the likes of Leo Murray foaming at the mouth. After all, would anyone sane take this seriously? 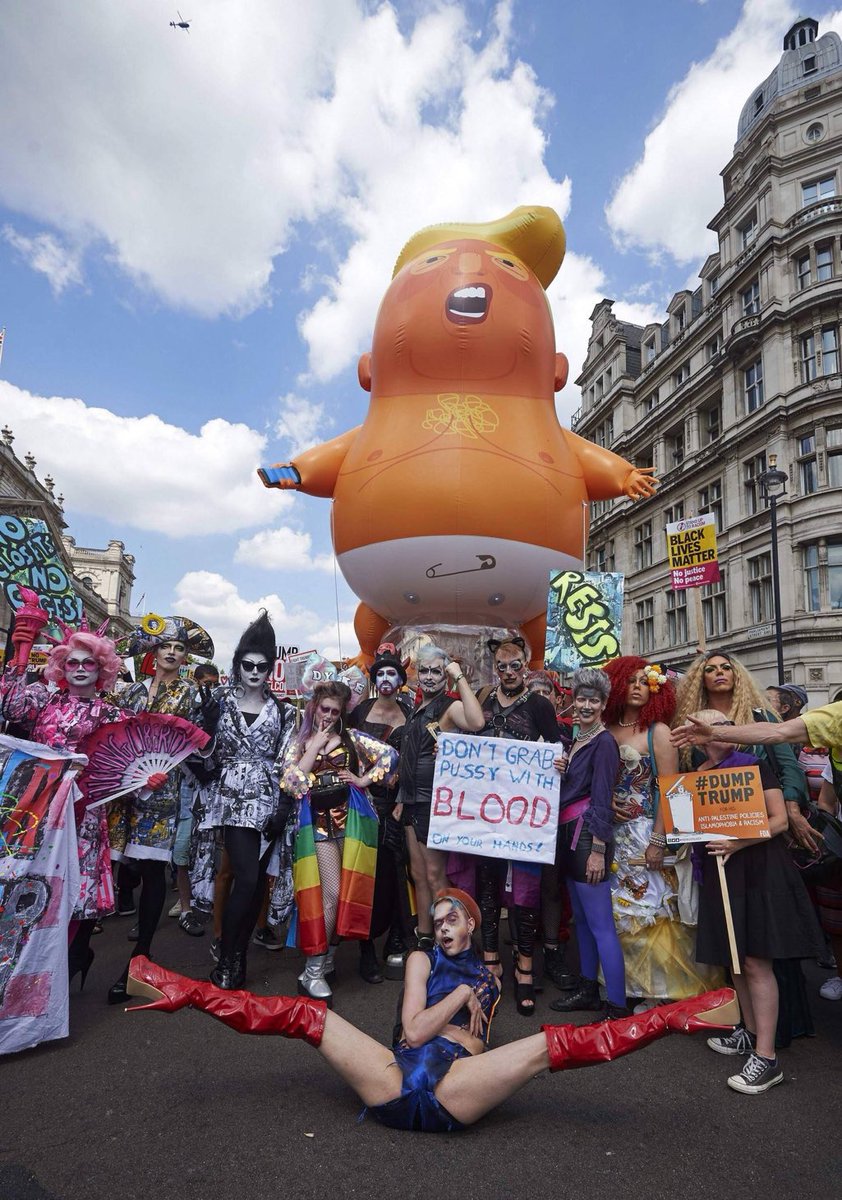 Somehow, the people behind this stunt believe it humiliates Trump.