I didn’t watch the Royal Wedding yesterday simply because there was rugby on, and it would take more than a grand pageant to stop me watching the Canterbury Crusaders in top form.

That said, it was impossible to avoid the coverage in one form or another – even the French guys I play bluegrass with on Saturday afternoons asked me about it – and it looked as though it went well. At least the weather was good, which is always a bonus in Britain. What I found particularly annoying is the degree to which certain commentators elevated the importance of Meghan Markle’s race. If the media hadn’t told me, and then not shut up about it for months, I would never have guessed she was the daughter of a black mother and white father: 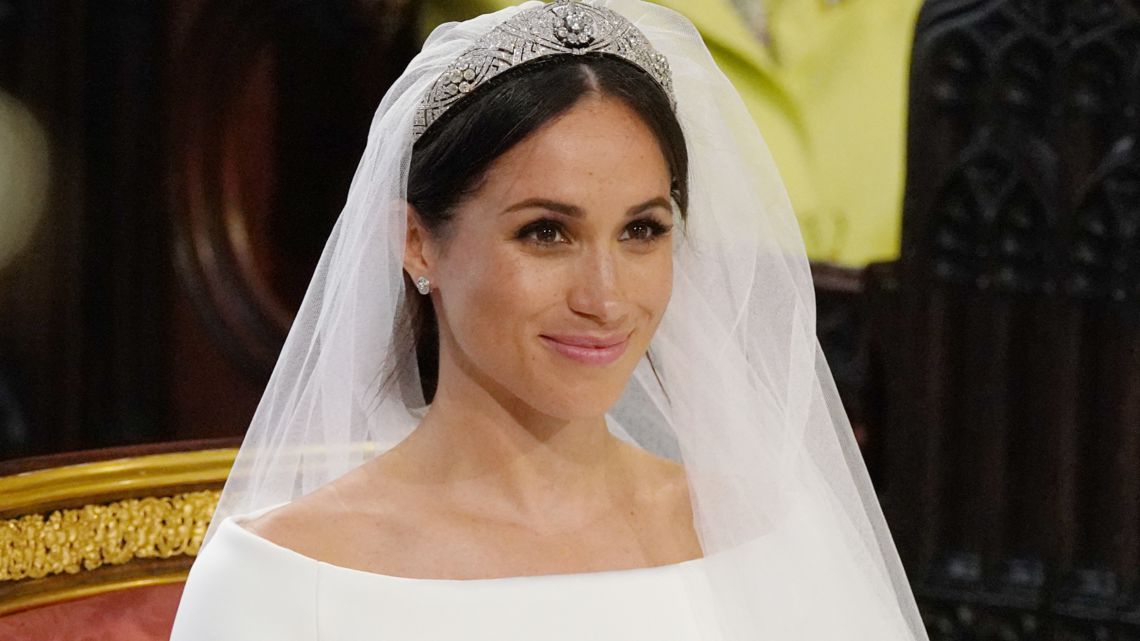 To me, she looks as much Spanish, or Italian, or Lebanese as mixed-race American. Her mother simply looks like someone you’d see shopping in Marks & Spencers in Croydon, so why anyone should think her race is even worth mentioning I don’t know. Actually, I do: it’s because some people think race is the be-all and end-all (e.g. David Lammy, Katie Hopkins), and others simply took the opportunity to virtue-signal, rubbing people’s nose in the subject of immigration:

As @Sathnam has said, this picture does tell us something about changes in British society in postwar era – and it’s much to be welcomed. https://t.co/LkHr6ks5ph

A British royal marrying an American divorcee? Why, how very post-war! The fact so many high-profile people attempted to make political hay out of Prince Harry marrying a mixed-race woman is an indicator we’re not in the post-race Britain the marriage itself suggests.

I do think Markle’s going to be trouble though, and not because of her ethnicity. It’s not even so much that she’s American, an actress, and divorced either. The biggest problem is that she’s not from royalty. Farmers’ sons tend to marry farmers’ daughters because farming is a unique way of life which beings with it many obligations on the part of the farmer’s wife. For instance, a farmer’s wife would usually be required to assist heavily with the lambing, among other things. If you haven’t grown up in this environment it can be too much for an outsider to bear, and it’s the same thing with the royals. They didn’t intermarry just to keep the peace between warring houses or to preserve ancient bloodlines, they married their own kind because they understood the rules of the peculiar life they lead. Princess Diana struggled with the obligations of being a prominent member of the royal family, and she was hardly from peasant stock. Sarah Ferguson failed at it miserably. Kate Middleton seems to be doing a good job, but all that shows is it’s not impossible. It is very difficult, though.

As one of my correspondents said this morning:

My guess is that she isn’t going to be happy just opening libraries in Lewisham all day.

I suspect she’s going to use her position to get involved with “good causes” which inevitably will be highly political in nature. Something a lot of do-gooders don’t realise is that almost all good causes are political because they involve either legislation or taxpayer funds to achieve a particular outcome, and there are trade-offs. The royal family has generally managed to avoid drifting into the political sphere by selecting activities which are low-key, e.g. the Duke of Edinburgh award scheme, which teaches kids how to erect a tent and stay dry when camping in Britain. However, Prince Charles, with his blathering about GM food and population control, is straying dangerously off the reservation. His ex-wife’s campaign to ban landmines was in my opinion disastrous for the image of the royal family, as was all her campaigning. We have enough campaigns for muddle-headed progressive causes funded by taxpayer cash as it is; indeed it seems nowadays every root and branch of government does little other than campaign from a position of complete ignorance. Add to that the number of millionaire celebrities who enjoy telling us oiks how to live, and we must ask if really need a woke princess joining in the chorus. As many people have pointed out, the continuation of the monarchy depends not on them getting down wiv da masses to show us how normal they are, but the exact opposite: retaining a lofty, detached, and somewhat abstract existence which sets them apart from us. William and Harry have already dented their symbolic status through clumsy attempts to connect with ordinary people, and a Duchess of Sussex who sounds like she’s reading from The Huffington Post might tip things over the edge.

People will think I’m awfully misogynistic and probably racist for saying this, but Mehgan Markle’s success in both her marriage and role as a royal will depend heavily on her keeping her trap shut. Does she look like the sort of person to do so? Not really. So here’s my prediction. Within a short time she’s going to get herself neck-deep in controversy following an ill-judged remark which she thought was helpful, but in fact rubbed salt into wounds she didn’t know existed. Faced with a social media backlash, she’ll adopt a sassy fuck-you-I’ll-say-what-I-want attitude which will have tattooed, purple haired feminists cheering her in The Guardian and everyone else wishing she’d been turned back at Heathrow in May 2018. A huge rift will open up within the palace, and the royal family will be fortunate if the only casualty is Harry and Meghan’s marriage.

In the spirit of Britishness I shall wish them luck, but it will take a lot more than that.