A reader alerts me to this story:

Meet the 44-year-old therapist who has a husband, a fiancé and two boyfriends.

Mary Crumpton, from Chorlton, is speaking publicly about her relationships in the hope of allowing others to understand people who follow the practice polyamory.

Polyamory, as we are often told, is perfectly normal.

Seventy-three!! How the hell does a man that age get into polyamory?

Still, it’s up to them, and if they’re happy, why not? There don’t appear to be any children involved, and unlike most profiles of polyamorists they don’t seem batshit insane, nor is there one partner who is obviously suicidal. Despite the best efforts of the media, I’m still not convinced it will ever be seen as normal, though: it’s a practice which seems only to attract a certain type of person.

My husband Tim and I share an enthusiasm for environmentalism and all that entails, like electric cars, and veganism. 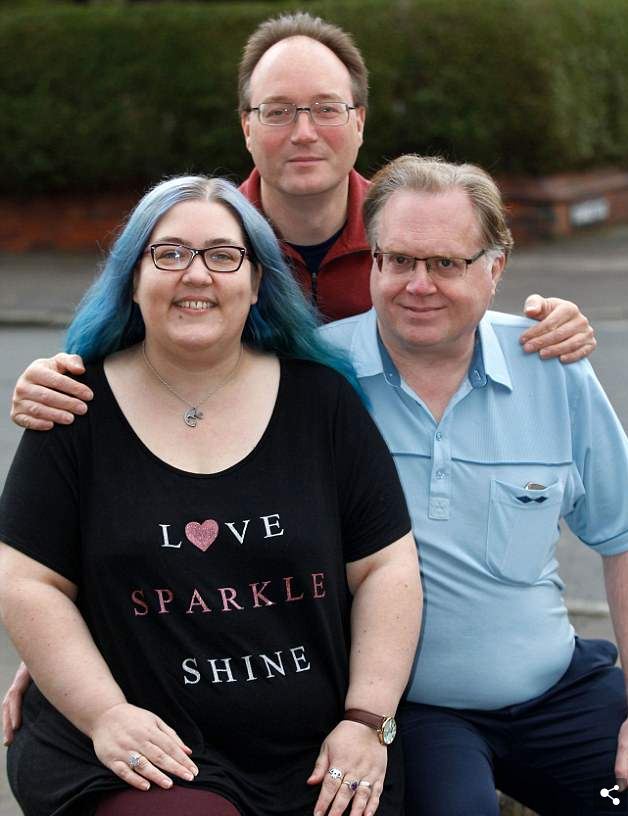 I’m just disappointed we didn’t get to see Grandpa. Perhaps the tweed distracted from the urban-hip look?

Of course, all of that is possible in monogamous relationships, and I am not suggesting polyamory is in any way better, just different. But it works well for me personally.