Yesterday morning I saw a headlining story on the BBC about how Donald Trump had tipped a whole box of fish food into a pond full of carp, heavily implying he lacked the patience or intelligence to feed them slowly with a spoon as he was supposed to. I ignored it as the usual anti-Trump bollocks from the BBC but I wish I’d screen-grabbed it because it later disappeared. However, CNN’s coverage remains online:

The moment happened as Trump and Japanese Prime Minister Shinzo Abe headed to lunch. The leaders were escorted to a dining room that overlooks a koi pond at Akasaka Palace.

Most major news sites have a video of the incident, including CNN and The Independent – which uses the caption:

Dozens of news outlets relayed the story and Twitter piled in, with most using a graphic like the one below: 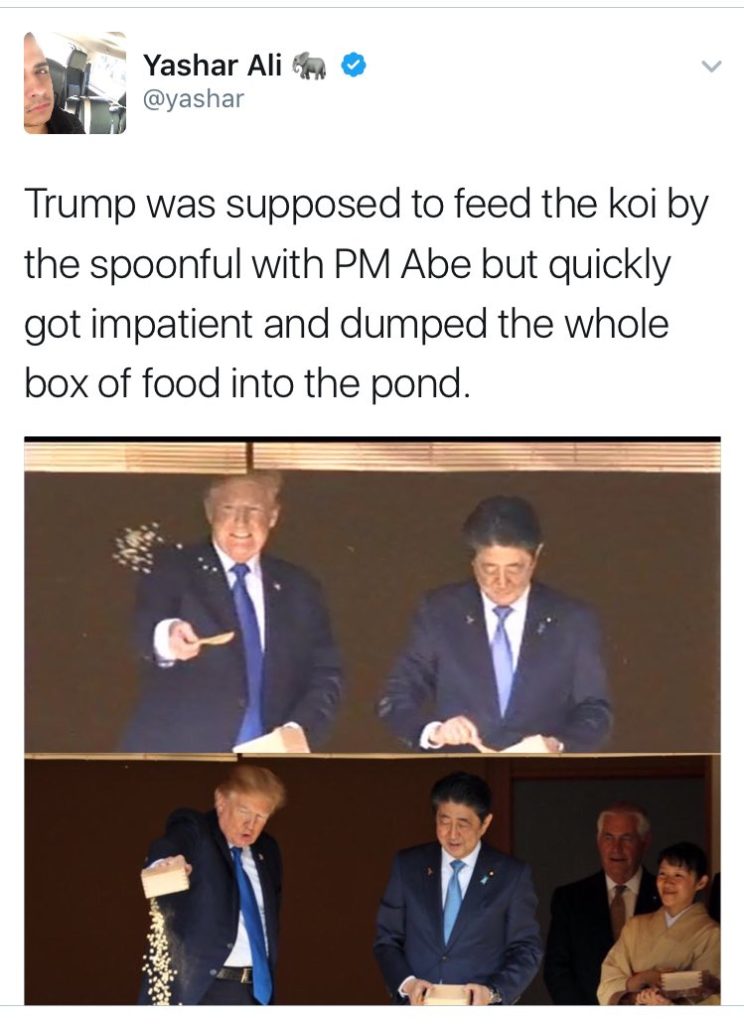 This was the graphic the BBC used, with a similar caption, before the story mysteriously disappeared. So why did they pull it? Because it was fake news of course: 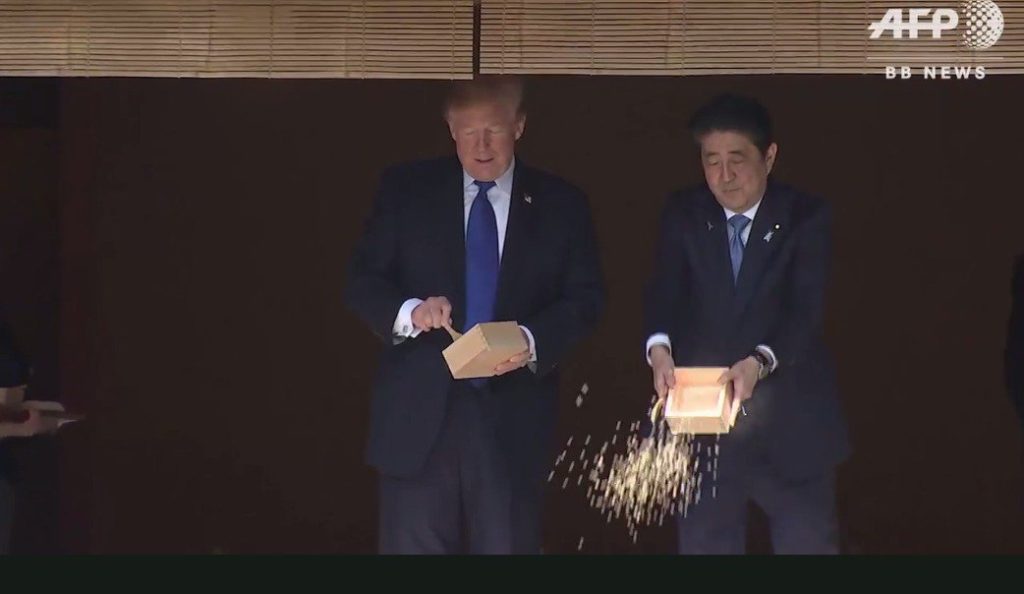 Moments before, Shinzo Abe threw his entire box into the pond and Trump simply followed suit, and all of this can be seen in the unedited clip. But major news channels like the BBC and CNN decided to go with a carefully edited clip which showed Trump looking foolish, and ran it on their front pages. Someone, somewhere in these organisations are quite deliberately making these decisions, abandoning all pretence of impartiality and accurate reporting. What’s amusing is this sort of stuff gets exposed within hours in the modern era, yet still the mainstream media behaves like this and insists they are bastions of truth and knowledge. It’s why Trump’s “fake news” remark was so effective and why the term has become so widely used. I suspect it’s also why Iranian authorities view anyone who work for such organisations with deep suspicion and throw them in jail as political subversives. If they showed the slightest capacity for self-awareness, they’d be addressing these practices immediately.