There’s a decent discussion going on over at Tim Worstall’s about the state of car parking in British towns and cities.

One of the things I have noticed over my years in France is the presence of large underground car parks in French towns and cities, even the very old ones with lots of heritage buildings. People complain about not being able to find a parking space in Paris because they are looking for the free ones at street level, not the ones in dedicated car parks. When I was in Bordeaux last weekend I came across the entrance to an underground car park in a small square surrounded by old buildings: 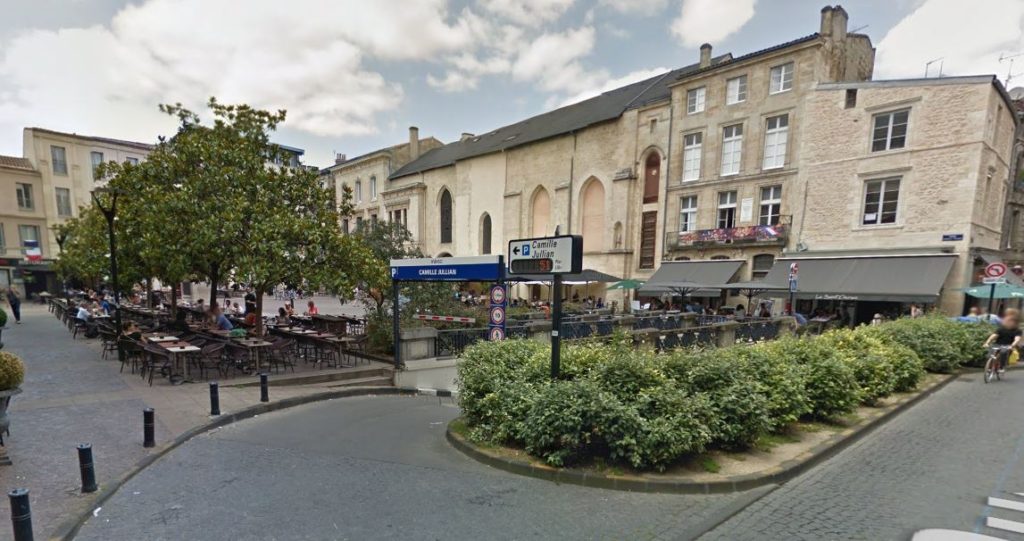 According to the website there are 196 places down there.

You almost never see these municipal underground car parks in British towns and cities. Instead, you get surface or hideous multi-storey car parks. The same is true for residential buildings. In France, most modern apartment blocks come with two or three layers of basement parking (plus an extremely useful set of storage rooms). When I’ve looked at these I imagine construction starts by digging a gigantic hole and pouring a lot of concrete to make the car parks, then putting the building on top. You rarely see this in the UK. Most apartment blocks there have a ridiculously undersized surface car park and residents who don’t have their own space are expected to park on the streets.

I have heard various excuses for this. Apparently parking cars at street level is safer, as criminals have to operate in full view of everyone. Which British criminals appear to do anyway, so this is a stupid idea. Other people mumble about the water table or proximity to a river. I don’t buy this, either. There is an underground car park in Annecy which spirals downwards into the ground for at least a hundred metres, possibly more. It is located right beside a canal that leads to the lake some 100m away. The car park in Bordeaux pictured above is about 200m from the river. Proximity to water and geology doesn’t seem to be much of an impediment to building underground car parks in France.

My guess is that underground car parks (both municipal and residential) require specific civil engineering skills that British construction firms lack, and they cost money. British councils and developers being what they are, they will use every excuse in the book to avoid spending money on a quality job. If there is a corner to be cut they will do so, the consequences down the track be damned. So a developer will seize on any reason not to build an underground car park if they can get away with a strip of tarmac instead. It’s not like they can’t flog the apartments for a king’s ransom anyway. Continue this for a while and soon you’ll not be able to find any contractors who have the skills and experience to do build them anyway. And here we are.

I’ll wrap this up by saying French civil engineering is extremely good, and I could cite many examples in support of this statement. I may return to this topic in future.