You’ve got to love the British press:

The English were fans.  The Russians were thugs.  Presumably no Englishman in Marseille last night displayed thuggish behaviour, and no Russian showed the slightest interest in football. 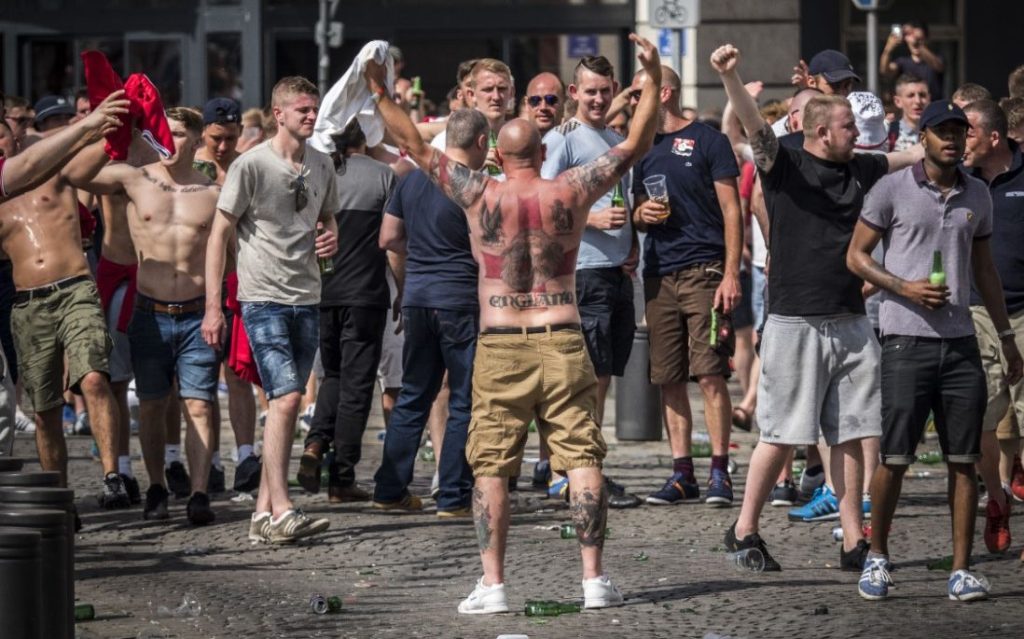 Aye, they look like a bunch out to enjoy the beautiful game.

There’s another word the British press and authorities like to use in such situations:

If ever a British citizen is in some sort of strife abroad, the immediate assumption is he is wholly innocent and the hapless victim of overseas thuggery, an incompetent and heavy-handed local police force, or a corrupt foreign justice system, in which case it is necessary for the British press to thereafter refer to him as a “Briton”. (The best example of this is in the reporting and government statements relating to the conviction of Liverpool fan Michael Shields in Bulgaria in 2005.)

This reminds me of the summer of 2010 which I spent in Phuket, Thailand hanging out in expat bars all day (and all night, if I’m being truthful).   One of the regulars who used to come into my favourite bar was a dangerous-looking thug from Manchester, whose reputation for fighting, drug-dealing, treachery, and other unsavoury behaviour preceded him by a good three miles.  Typically he would come into the bar at 11am ready to start the day’s drinking and recount the story of what happened the night before, usually prompted by somebody asking why he was sporting some new injury or other.  His recollections always followed the same format:

“I was walking along the street near the boxing stadium minding my own business when a bunch of Belgians started kicking off…I punched one of them, but the others got behind me and I fell down and one of them kicked me in the head.”

“We were in a bar and some Germans started a fight with us…you know what the Germans are like…and we all ended up being thrown out when the police arrived.”

“I was riding my scooter down the road and I ran into a bunch of guys…Spanish or Greeks, I think…same thing…and one of them threw a bottle at me, so I picked up a brick and threw it at him, and it all kicked off.  The police came and I had to spend the night in the cells.”

I detected a pattern here.  Now he might have been telling the truth.  And I might be the Dalai Lama.  But what I never heard, in all my time in Phuket or indeed ever in my life, was a story told to me by non-Brit complaining of getting into a fight with another non-Brit.  For whatever reason, Frenchmen don’t seem to end up fighting Spaniards in beach resorts and Germans somehow manage to rub along all right with Italians on holiday without kicking the shit out of one another.  The common element in all the fighting in beach resorts across the world, particularly the Mediterranean, is the presence of young Brits.  Little surprise then that the only trouble seen thus far at the Euro 2016 tournament features the same demographic.