I’m back from Spain after a 10 hour drive yesterday in the middle of that heatwave everyone’s talking about. Fortunately my car has air conditioning.

Tarragona was nice, although strictly speaking I was in a small town called Altafulla a little down the coast towards Barcelona. I spent two days on the beach and two nights drinking until 4am so it wasn’t the most productive of holidays, but I did get to hang out with my friend, his family, and a whole load of his friends who all live in Altafulla and have known each other since they were kids. From what I could tell, Altafulla is a place where Spanish families live or go on holiday: I didn’t see any foreigners or even hear English spoken the whole weekend I was there. Unfortunately I don’t speak Spanish, but that didn’t seem to matter very much. And I was reliably told the conversations would routinely switch to Catalan in any case. The food I ate alternated between Spanish, Venezuelan, and Catalan so I got the full culinary experience. I drank whatever was close to hand, which was often rum. I’d never spent much time in the company of Spaniards before, and I have to say they were very friendly and welcoming, and they like to have fun. The place is also extraordinarily cheap when compared to France. Perhaps I should go back.

As planned, I stopped at the Pont du Gard on the drive down. It’s worth seeing. 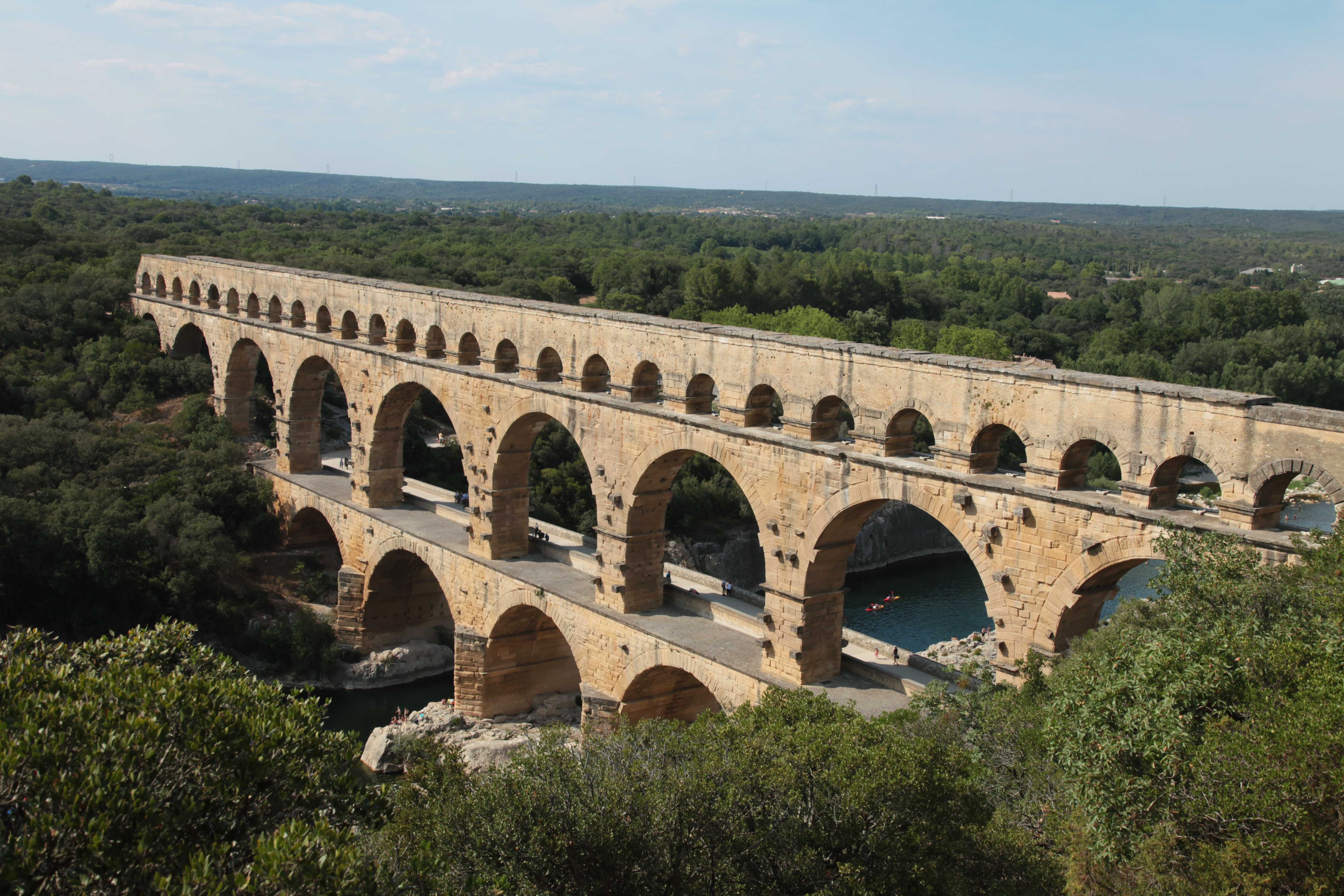 I made the mistake of thinking the bridge is all that’s there, so thought I’d just visit for an hour then leave. It turns out there’s a sort of beach there where you can swim, go kayaking, etc. as well as an excellent museum meaning you could easily spend a whole day at the place. I had a good look at the aqueduct from both sides but couldn’t devote more than half an hour to the museum which explained how it was built and why. It’s a shame because I’d like to have spent more time there, but was enough to get an idea of the incredible vision, ambition, and skill of the Romans. It left me wondering if a municipal government could execute a comparable project today, two thousand years later. I bet the Romans didn’t worry about how diverse the engineering team was, at any rate. As I was reading about its construction I learned there was another Roman aqueduct in, funnily enough, Tarragona. If I’d spent less time drinking I might have turned the trip into a Roman aqueduct tour. As it was, I only glimpsed it from the motorway. The Pont du Gard is well worth a visit though, and I can recommend it. While I was there I did see a few British tourists; I mention them just so I could get the post title working.