Back in March I wrote about what Lauren Southern said when she appeared on James Delingpole’s podcast:

What she learned was there are professional people trafficking operations selling a dream of an idyllic life in Europe, and charge hopefuls several thousand dollars to make the trip. They have all the logistics worked out, they know the crossing points and which techniques to use at each (which includes charging fences en masse), and coach people to pass the refugee assessment process. They tell migrants they will be welcomed on arrival, given every means of support, and presented with opportunities for work. They get away with such lies because half the west – including politicians and national newspapers – publicly declare that refugees are welcome and citizens have an obligation to accept them. Every time a politician gives a speech about how tolerant their country is and how migrants have always been welcomed there, it is used by ruthless gangsters to sell their people-trafficking services. Only when the migrants arrive they find themselves sleeping rough having blown $5k to get there, and spend years bouncing from one country to another on rumours of better opportunities.

Now more than ever we must stand in solidarity with refugees & asylum seekers who face hostile borders when fleeing violence & persecution.

To the Londoners who’ve opened hearts & doors to take part in #CommunitySponsorship of refugees, you make our city great. #WorldRefugeeDay pic.twitter.com/wq3gd96XTE

This is bordering on criminal. Sadiq Khan knows full well that messages like this will be used to persuade people from sub-Saharan Africa to come to London, where they will not be welcomed but instead find themselves with nowhere to live, without any means of support, and thousands of miles from their friends and family. Yes, the government might help a handful but most will end up drifting around the country sleeping rough. This is how thousands of African migrants end up living in Paris, with nowhere to go and a government too scared to send them back home. 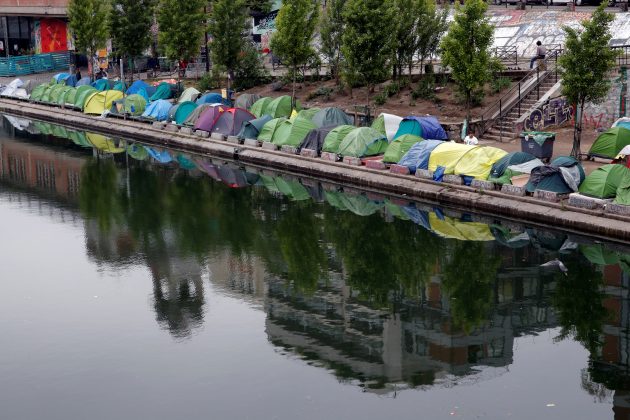 In London they’ll just end up in squats, under bridges, or in slum housing. Sadiq Khan knows that by declaring that “London is open” he is making a bad situation worse, but he does so anyway so he can look good in the eyes of the dim and deceitful. A serious country would never even have let this man become mayor of its capital city, let alone behave as he does.