At Shell, we support and enable remarkable people from every background, and strive to be a pioneer of LGBT inclusion in the workplace.

At Shell, we care about the diversity of our people because we believe that a fully inclusive workplace allows our employees to flourish and so allows our business to flourish.

When our employees excel, we excel. It’s for this reason that we are proud to support our lesbian, gay, bisexual and transgender (LGBT) staff, promoting equality for employees regardless of sexual orientation or gender identity.

Shell has been active in Brunei since 1929, when the first commercial oil find was made by the British Malayan Petroleum Company, owned by Royal Dutch Shell.

The Company was the forerunner to the present joint-venture company of Brunei Government and Royal Dutch Shell, Brunei Shell Petroleum Company Sdn Bhd.

Shell Deepwater Borneo (SDB) is a 100% Shell Company that was established in Brunei as a result of Royal Dutch Shell’s acquisition of New Zealand based Fletcher Challenge Energy in 2001.

Brunei is to begin imposing death by stoning as a punishment for gay sex and adultery from next week, as part of the country’s highly criticised implementation of sharia law.

From 3 April, people in the tiny south-east Asian kingdom will be subjected to a draconian new penal code, which also includes the amputation of a hand and a foot for the crime of theft. To be convicted, the crimes must be “witnessed by a group of Muslims”.

It was a directive of the Sultan of Brunei, Hassanal Bolkiah, who is one of the world’s richest leaders with a personal wealth of about $20bn (£15bn) and has held the throne since 1967. He described the implementation of the new penal code as “a great achievement”.

So Shell demonstrates a firm commitment to LGBT rights via ultra-woke initiatives in places where minorities have been treated without prejudice for at least a decade while they bankroll a monarch who decrees homosexuals must be stoned to death.

Similarly, Total caved in to a shakedown by Accenture and signed (pdf) an LGBT charter along with a whole load of other French companies. Meanwhile, here’s their CEO and other senior executives signing a deal with the Iranian government: 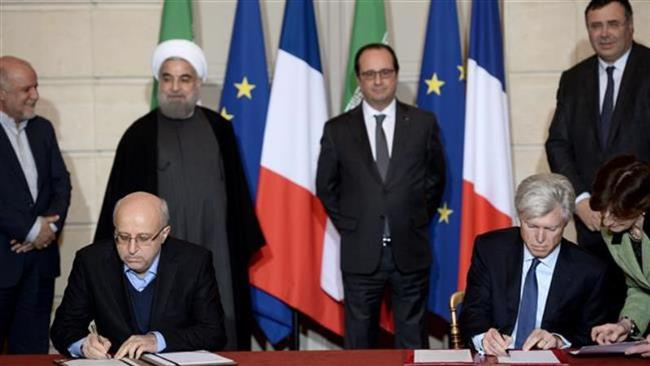 Here’s some news from Iran:

The Islamic Republic of Iran publicly hanged a 31-year-old Iranian man after he was found guilty of charges related to violations of Iran’s anti-gay laws, according to the state-controlled Iranian Students’ News Agency.

The unidentified man was hanged on January 10 in the southwestern city of Kazeroon based on criminal violations of “lavat-e be onf” – sexual intercourse between two men, as well as kidnapping charges, according to ISNA. Iran’s radical sharia law system prescribes the death penalty for gay sex.

While oil company HR departments demand acceptance and celebration of LGBT lifestyles from their staff, their bosses are complicit in propping up the most murderously homophobic regimes on earth. But then moral codes have always been for the plebs while the priestly caste gets a pass, haven’t they?