Well, it seems the two white supremacist who tried to lynch Jussie Smollett have been caught:

The pair were picked up by police at Chicago O’Hare Airport on Wednesday as they arrived back in America after visiting family in Nigeria to be questioned over the January 29 attack involving the star.

Here’s the pic of them that’s doing the rounds. 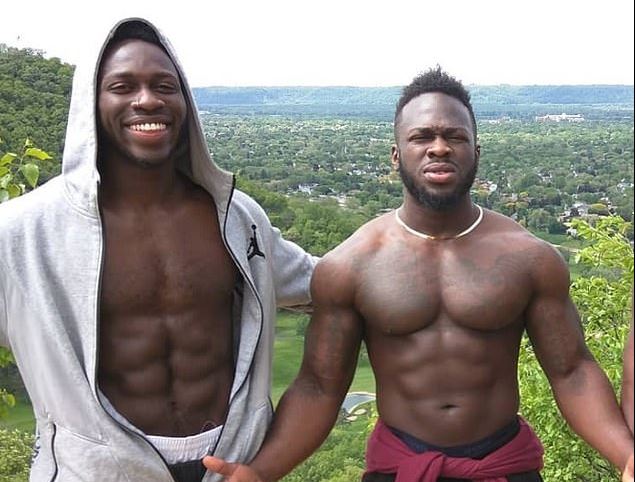 I suppose it’s taken the police two weeks to capture them because they first had to rule out all the white white supremacists on their books before sifting through the black white supremacists. Of course, Smollett could have saved police a lot of time by telling them he not only knew the two brothers, but paid them to fill him in:

Jussie Smollett paid two brothers to stage an attack against him, directed them to buy items used in the alleged assault and actually rehearsed it with them, sources say.

Sources say at least one of the brothers bought the rope used in the incident at Smollett’s request. The sources also say the “Empire” actor paid for the rope, which was purchased at the Crafty Beaver Hardware Store in the Ravenswood neighborhood the weekend of Jan. 25.

Sources said one of the brothers held the rope and poured bleach while the other wore a plain red hat and yelled slurs at Smollett.

The sources say the red hat was bought at an Uptown beauty supply store and that the attack was supposed to happen before Jan. 29.

So pervasive is MAGA culture the conspirators couldn’t find a single MAGA hat in the whole of Chicago.

Smollett claims two men attacked him in Streeterville early Jan. 29 as he was heading to his apartment. He said they yelled racial and homophobic slurs at him, poured a chemical on him and put a rope around his neck.

American police might be many things, but they’re probably not stupid. They will see real crimes 24/7 and hear so many witness statements they probably know how a story ends before it’s even begun. My guess is if you go in with a cock-and-bull story they’ll spot it immediately. I expect they investigated it as normal even if they knew where it was heading.

Rather than this incident being indicative of escalating racism in Trump’s America, I see it more a confirmation of how spectacularly dumb actors are. Why did he need to hire two Nigerians, stage an attack, and go to the police? The lefty media will believe anything, he could just as easily have headbutted a door frame and gone wailing to CNN about Nazis without tangling himself up with the Chicago PD. This is the chap who many high-profile Democrats thought was a role model. Which I suppose he is, if you vote Democrat.