It appears nobody wants to pay to run adverts alongside pieces denouncing all men as violent, racist, scumbags, much less pay to read them:

Like so many talented and lovely journalists, I was laid off today.

If you’re in the market for an opinion editor with a huge and diverse rolodex, or a columnist with 10 years of writing about gender politics (and a literal PhD in romantic comedies) under her belt, talk to me.

That someone in modern journalism should cite 10 years wittering on about gender politics and a PhD in romantic comedies as achievements explains a lot about why these redundancies are being made. Here’s another (via Rita Panahi): 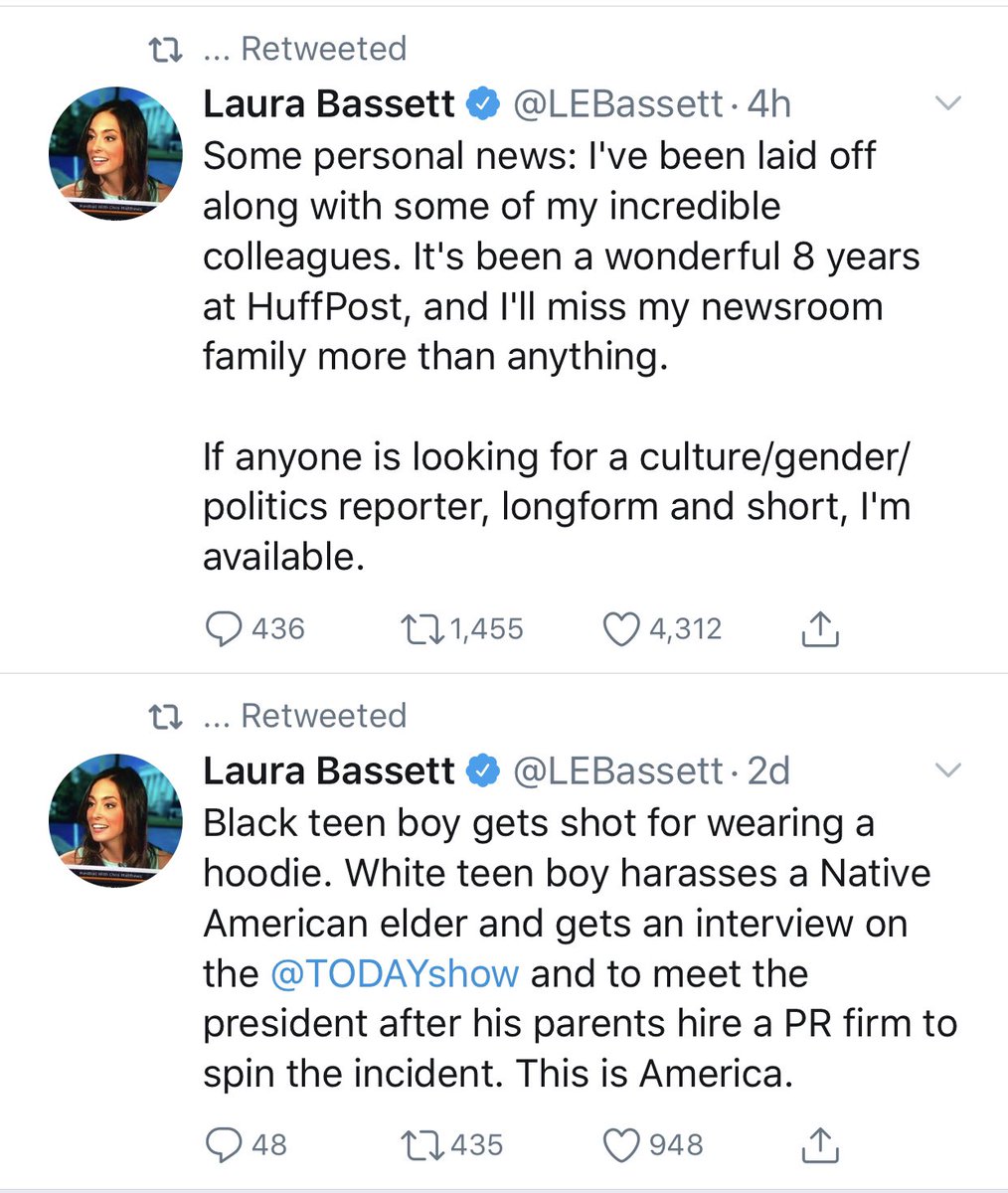 Note that all these gender politics reporters insist on living in Brooklyn and working in Manhattan, or other expensive liberal cities. Perhaps if they’d moved their operations to Colonsville, KY they’d feel less financially shafted? And I’m sure this helped:

Also I was technically management for the last couple years, but let me say that unionizing the newsroom was the single most positive thing to happen to HuffPost as a workplace in my 8+ years here.

While it’s poor form to mock those who’ve just been made redundant, I am not too concerned about these people. The only way to get a job in New York writing about gender politics is to have wealthy parents who can fund the lifestyle your salary won’t support. Indeed, full-time jobs in media companies filter out those who don’t have wealthy parents by first stipulating a period of unpaid internship. And who do you think paid for that PhD in romantic comedies? I doubt this lot have been financially independent in their lives, and getting booted from what is effectively a paid hobby won’t change that. Their egos might take a knock though, so spare a thought for them as you kneel to pray this evening.