I wrote recently about Somali-born Ilhan Omar, who no sooner was elected to the US Congress when she declared the majority of Americans were a problem that she intends to solve. My closing remarks were:

I’m sure there are lots of very good, principled arguments for allowing Ilhan Omar to run for Congress and then denounce Americans as white supremacists, just as I am sure there are sound reasons for allowing known jihadists to roam free in European capitals. But the question is, can a society which tolerates this survive?

Yesterday another newly-elected congresswoman, Rashida Tlaib, was causing a stir because she’d said in relation to Donald Trump “we’re gonna impeach the motherf****r.” The media has been going giddy about Tlaib since the midterms, mainly because along with Omar they are the first Muslim women elected to Congress. Unlike Omar, Tlaib was actually born in the US to Palestinian parents, which is why her mother turned up to her election celebration bearing a foreign flag: 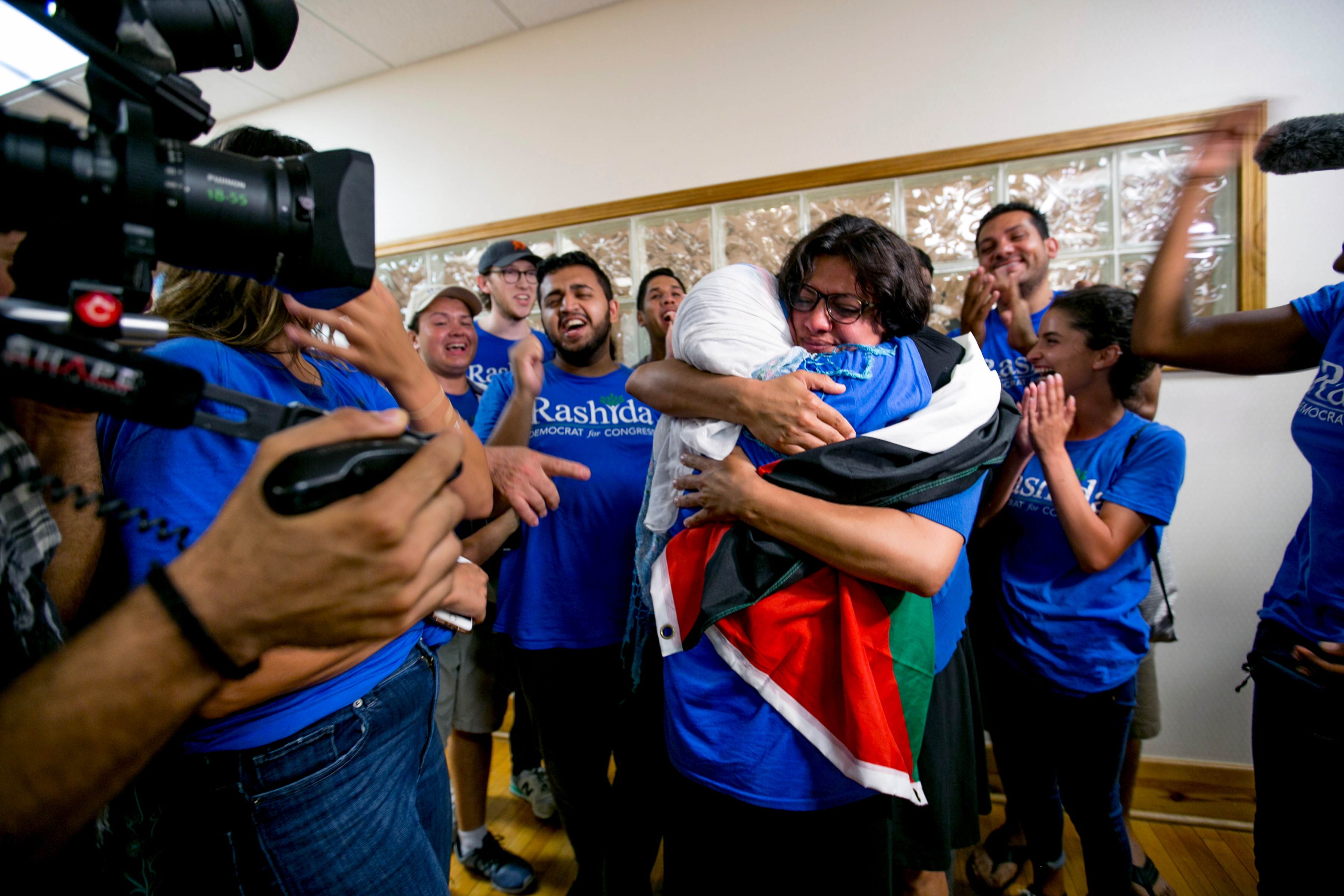 It is odd that so-called conservatives are more concerned about Tlaib speaking like a Eminem (they are both from Detroit) than a brand-new congresswoman wrapping herself in a Palestinian flag and boasting to impeach a sitting, duly-elected president for no apparent reason. And as if people were unsure of her intentions, she made them abundantly clear a little later:

This is not just about Donald Trump. This is about all of us. In the face of this constitutional crisis, we must rise.

Americans and European liberals will see Tlaib’s election to Congress as a triumph of democracy, an embodiment of the American dream. A lot of other people will wonder what sort of experiment the Americans are running here, and exactly how it will end. One thing is for sure, it’s hard to imagine this happening in societies which stick around for a while.

24 thoughts on “Flags of their fathers”