I’ll not ask my readers to accompany me as I wade through yet another article explaining how polyamorists are so radical, so I’ll keep it brief:

Attendees can choose to sketch drawings of posed models, but most people opt to stand around, mingling and talking.

But the attendees of Tableaux fit in with the rest of privileged, gentrified Brooklyn.

Polyamory being a pursuit of the privileged middle classes – check!

I had coffee in Manhattan with Leon Feingold, an exceptionally tall, friendly polyamorist, eager to talk about his high IQ and his sexual philosophies.

Polyamorists think they exist on a higher plane than ordinary people – check!

Feingold, who wore a red Hawaiian shirt and two necklaces, one featuring a Chinese star with flamed tips (designed at Burning Man in commemoration of his late wife)

Feingold, who works as a real-estate broker and helped to establish a sex-positive, three-story, 15-bedroom apartment building in the Bushwick neighborhood

But, at minimum, these surveys suggest that the number of polyamorous Americans is in the hundreds of thousands, and perhaps in the millions.

“What’s happening now is so much more healthy, because it’s deciding for yourself,” says Jessica*, a 34-year-old

Over thirty and unable to build lasting relationships – check!

describes polyamorous politics as a mixture of socialism—a respect for a non-hierarchical society that values collective, community decision-making

a polyamorous friend who recently lost her housing soon after becoming pregnant, but was able to live comfortably with friends and lovers for several months before finding a new place of her own. 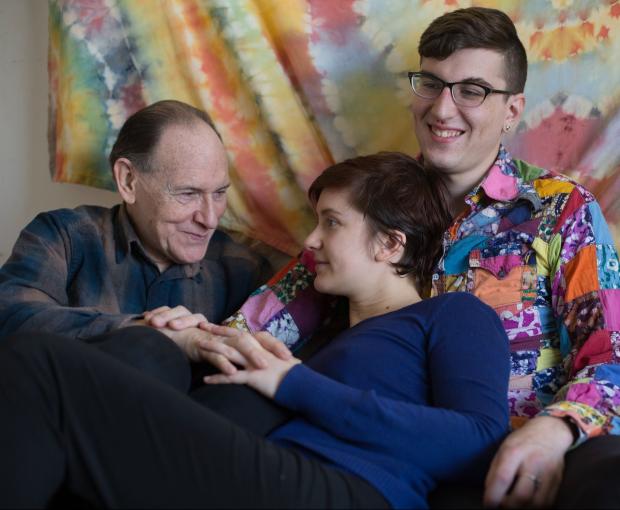 This is probably the only interesting sentence in the whole piece:

For example, Jessica and other polyamorists I speak with say there’s very little discussion about the right for polyamorous marriage, because few in today’s poly community believe government recognition of a union is a worthwhile goal.

That’s how gays used to view marriage; look how quickly it became a fundamental human right and questioning it moved beyond the pale.