From the Daily Mail:

This is the international lawyer filmed ranting at Air India staff on a Mumbai to London flight after she was refused alcohol – leaving other business class passengers holding hands in terror.

Simone O’Broin, 50, was arrested after she was caught on camera shouting abuse at male and female cabin crew and demanding another glass of wine.

At one point in the footage, she is seen yelling: ‘I work for all you f***ing people… The f***ing Rohingyas, the f***ing people of all Asia, for you, I’m an international criminal lawyer.

The full video is here. So who is she?

Belfast-born Ms O’Broin, who trained as a lawyer in the UK, studied international law and worked for years in Palestine…

…was understood to be on her way home from a two month break in Goa when she was caught on film.

Ah. She’s one of those. I guess she wasn’t at a Zen retreat for inner calm. 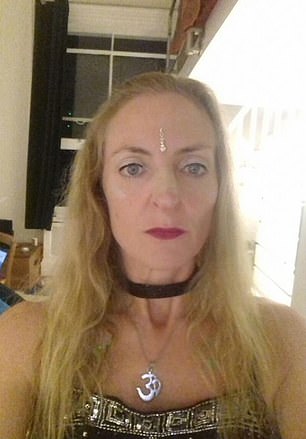 My only surprise is she doesn’t have turquoise hair.