I’ve written before (1 & 2) about dim Irishman Daragh McDowell. Here he is on Twitter last week:

As someone who focuses primarily on Russian politics, I can confirm that when this kind of language becomes normalised, democracy becomes basically inoperable. https://t.co/FooZ2FkQHi

It proved a popular tweet, and it’s easy to see why. Most people know nothing about Russian politics so are happy to swallow whole what self-described Russian experts tell them. What McDowell is supposed to be confirming I don’t know, but if he’s come away from Russia thinking the free press discussing readers’ opinions of Prime Ministers is a feature of politics there, he’s dumber than I thought. Of course, what he’s trying to do is claim the Telegraph’s headline will lead to Britain being ruled like Russia, which is nonsense.

But what’s more amusing is McDowell’s concerns around calling things treason is rather, erm, selective shall we say: 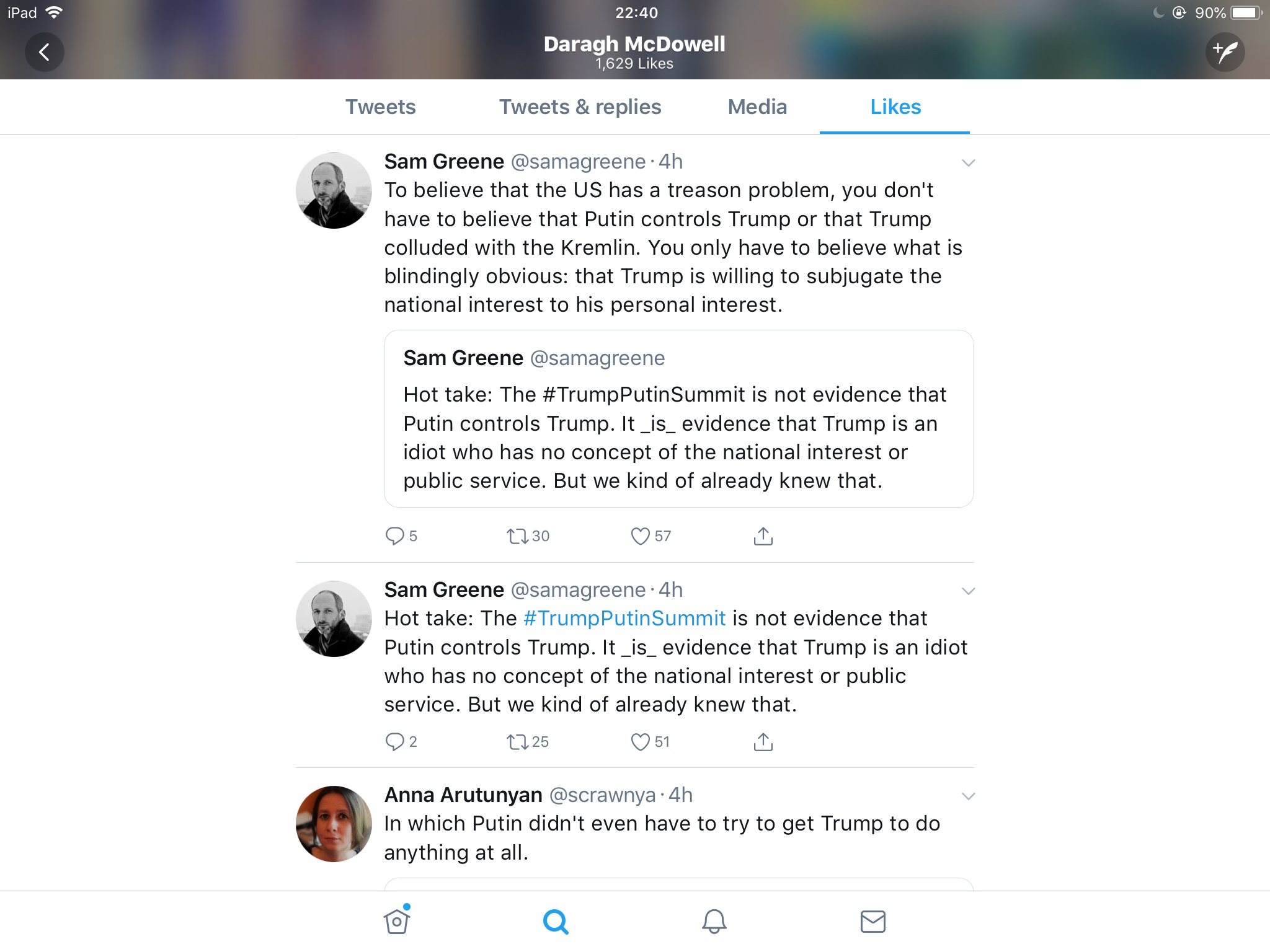 You’re making a lot of assumptions about the character and ability/willingness to absorb information of the American electorate, and the character of their leaders.

Gone are the dark warnings of public discourse being so damaged by charges of treason we’ll be Russia before bedtime. I wonder why?

3 thoughts on “Talk of treason is bad, except when it isn’t”