I’m no fan of Australia’s David Pocock, but this is pretty cool:

In 2005 on the Australian Schoolboys tour of UK and Ireland we were billeted out with families in Limerick. The family I was billeted with: the Murrays. I don’t think @ConorMurray_9 or I were thinking we’d go on to face each other in test rugby. Great to catch up after the game. pic.twitter.com/MRF9BRsQY0

That’s what being an LGBT Ally does for you. Folau will look 87 by next year.

This is meant as a dig at Israel Folau for his anti-gay remarks. So how’s old Izzy looking these days? 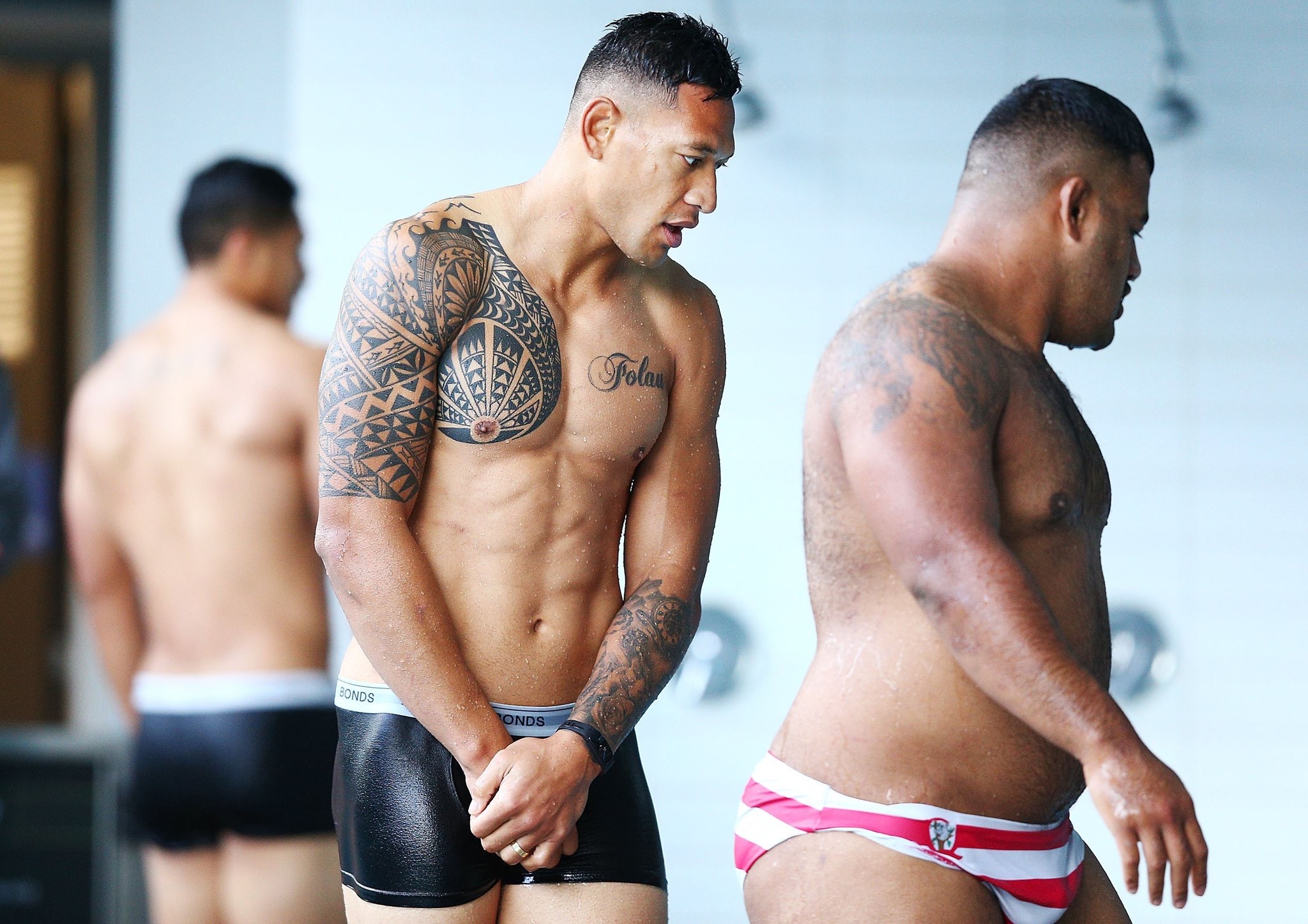 Oh. That link between homophobia and ugliness is looking a little tenuous, isn’t it?