Via Tim Worstall, another polyamorous relationship profiled in the media.

A polyamorous trio who are engaged to each other – and all share the same king size bed – insist that there’s nothing unusual about their relationship. 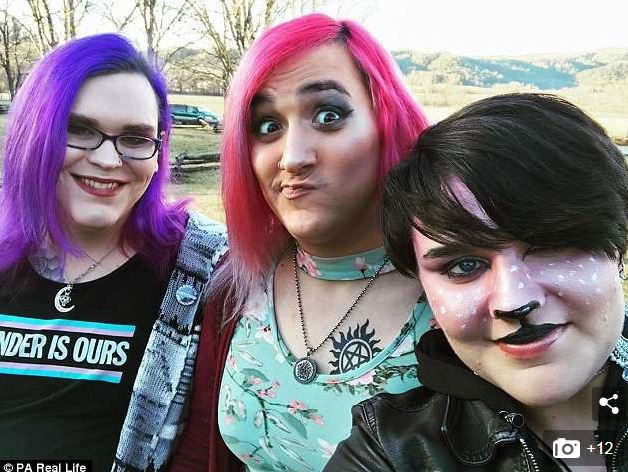 I’d agree there’s nothing unusual about their relationship insofar as polyamorists go: they’re pretty much walking stereotypes. The only surprise is they live in Tennessee not Brooklyn.

Nic, who was born male and initially lived as a transgender woman, but now identifies as gender neutral and prefers the pronouns ‘they’ and ‘them,’ has always been mainly polyamorous – first dating multiple people during high school.

Then, around a year ago, the TV station worker met delivery driver Rachel, who is a transgender female, through OKCupid, a dating site.

Initially, the pair dated monogamously – or as a ‘closed couple.’ Then Nic met Xander, a transgender male, through work, and the trio now live together and share a king size bed.

One thing I have noticed, though: these polyamorous groups being profiled in the media increasingly involve transgendered people. It was common enough to have a bisexual thrown in there, but I suppose that’s just not edgy enough these days. And maybe that’s why my book sales are so low? I should have given Katya a dick, shouldn’t I?