GPs should be based in gyms in a bid to tackle Britain’s growing obesity crisis, public health experts say

“For too long the NHS has shouldered the burden of society’s unhealthy lifestyles. A radical and imaginative move like this could empower people to take responsibility for their own health and move towards an NHS focused on prevention over cure.”

More than one in four adults in the UK are now obese and obesity-related conditions cost the NHS more than £1billion a year.

Last month, University of Liverpool researchers revealed that living a “couch potato” lifestyle and staying desk-bound all day at the office for just two weeks triggered a decline in health which could spiral into weight gain and health problems like diabetes. But exercising and being active throughout the day reversed symptoms within a fortnight.

Now experts believe making access to exercise easier could encourage more people to take it up, reducing the burden of obesity on the NHS.

Britain is a nation of obese land-whales who don’t get enough exercise, putting an intolerable burden on the NHS. Okay, got it. Here’s another story:

Remember the “beach body ready” adverts that were banned by the Advertising Standards Authority a few years ago?

The infamous bright yellow billboards by Protein World read “are you beach body ready?” alongside the image of a slim, blonde woman in a yellow bikini.

[They] received a huge amount of backlash about the body image message they were sending – in a nutshell, the internet unanimously decided they were body shaming.

Which is why one plus-size fashion brand’s latest campaign has been a breath of fresh air.

Mimicking Protein World’s original 2015 adverts in colour scheme and style, navabi’s campaign champions women of all sizes as we get further towards beach season.

The billboard will appear in London’s West End this week, in addition to navabi’s website dedicated to the campaign. 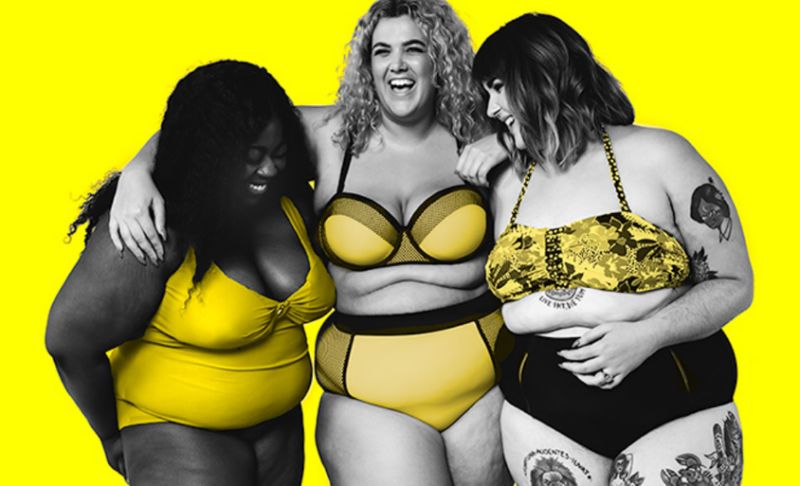 So showing slim women in a bikini constitutes “body-shaming”, there is absolutely nothing wrong with being fat, and indeed it should be celebrated.

So which is it? The two stories are somewhat contradictory, yes? Actually, no. The first thing to understand is none of this is about health, nor problems with how society views women. The “health experts” in the first story are concerned primarily with increasing their own power, prestige, and incomes; similarly, NHS employees are mostly interested in making their lives easier, either by working less or getting paid more. Both groups enjoy using their positions to tell millions of people how to live, which coincidentally looks an awful lot like middle-class snobbery.

Those who complained about the original Protein World advert and are praising the navabi one are primarily interested in promoting their lifestyle choices, forcing people to approve them instead of subjecting them to ridicule. They don’t care whether they are healthy or not, they simply don’t like the usual public reaction to X, Y, and Z and think society should change its views to align with theirs.

Far from being contradictory, the two campaigns are wholly consistent in that both are run by a handful of grifters who think they get to tell people how to live and what they should think. That today’s chosen subject matter appears to bring the respective efforts into conflict overlooks the principle aim of each campaign: you must do as we say. This is why you get people supporting both NHS policies on obesity while simultaneously celebrating fatness.