This is rather amusing. A few months back I had this exchange with Peter Hitchens and Oliver Kamm on Twitter, which I wrote about here: 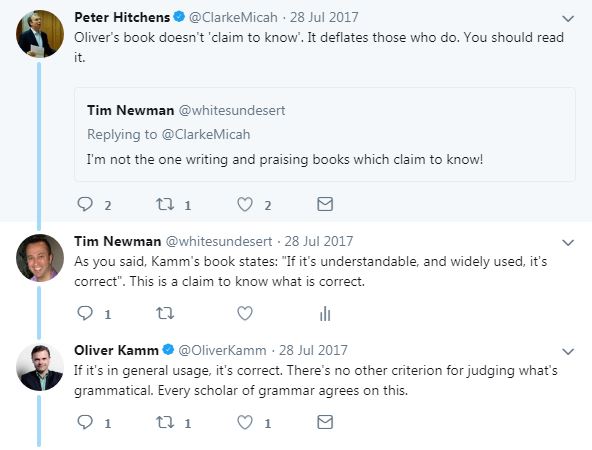 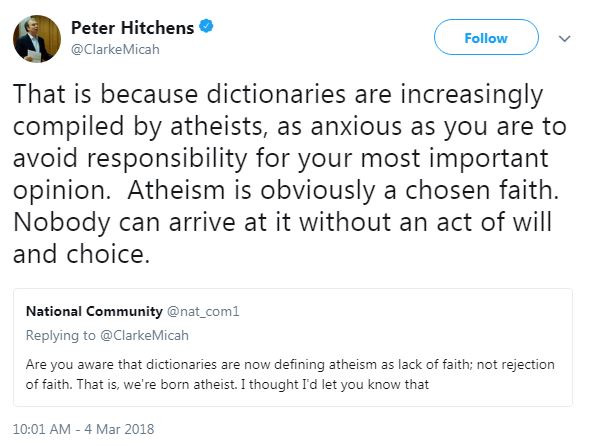 Suddenly the meaning of words is important. I challenged Hitchens on this, and he responded: 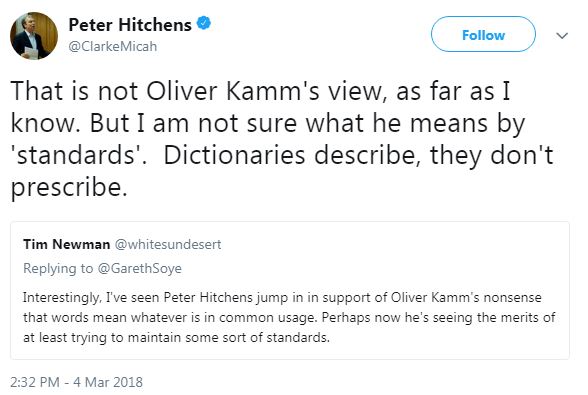 What’s that phrase? Everyone’s a liberal, except on the things they care about?

Kamm’s argument is that style guides should be ignored because people are free to write however they want as, strictly speaking, provided a word is understood it is by default correct. So if I want to use imply and infer interchangeably, there’s no problem because everyone knows what I mean. Uh-huh.

Personally, I see style guides as being similar to conventions on dress. There is no reason why anyone should wear a shirt and tie to a formal occasion, and there is certainly no approved body laying down standards, but for some reason we all agree that coming to a wedding in jeans and a t-shirt isn’t the done thing. Or course we can ignore the many sources of advice on how to dress and laugh at the absurdity of it but, if you really want that job, it’s probably a good idea to make yourself look smart. From what I can tell, Kamm’s advice on writing is the equivalent of telling the plebs to walk around in beachwear (while making damned sure, I’ll wager, that his own kids attend interviews in a suit and tie just as he always did). Amusingly Hitchens appears to have endorsed this view, only is now upset someone has rocked up to his wedding in a tracksuit.

51 thoughts on “Standards don’t matter until I need them”