After reading my post about Lindsay Shepherd, my research assistant (the small one) said something to the effect of:

“Those guys look like complete weirdos! The one on the left looks like the sort of person who appears in your posts on polyamory!”

She is referring to Nathan Rambukkana, Assistant Professor in the Department of Communication Studies at Wilfrid Laurier University: 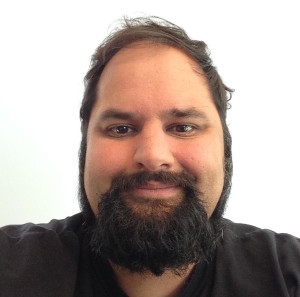 Let’s take a look at his biography:

My book, Fraught Intimacies: Non/Monogamy in the Public Sphere (UBC Press, 2015) explores the increased mediation of non-monogamies since the early nineties—in every medium from television, to film, to self-help books, to the Internet—and how such convergent mediation opens these discourses up to societal scrutiny, as well as transformation. By exploring the privileged logics that frame our conceptions of intimacy, I explore the political and cultural implications of how we frame non-monogamy broadly in sexual discourse, as well as how the public sphere presences of three major forms of non-monogamy (adultery, polygamy and polyamory) display a complex relationship with “intimate privilege,” an emergent state in which one’s intimacies are read as viable, ethical or even real.

Now there’s a surprise, eh? If the media wants us to buy the line that polyamory is now mainstream, we’re going to have to overlook the fact that most people involved with it are complete weirdos and many of them have serious issues which urgently need addressing.