The following picture was posted on Twitter yesterday by a British dad who said his kid’s school had handed it out as homework: 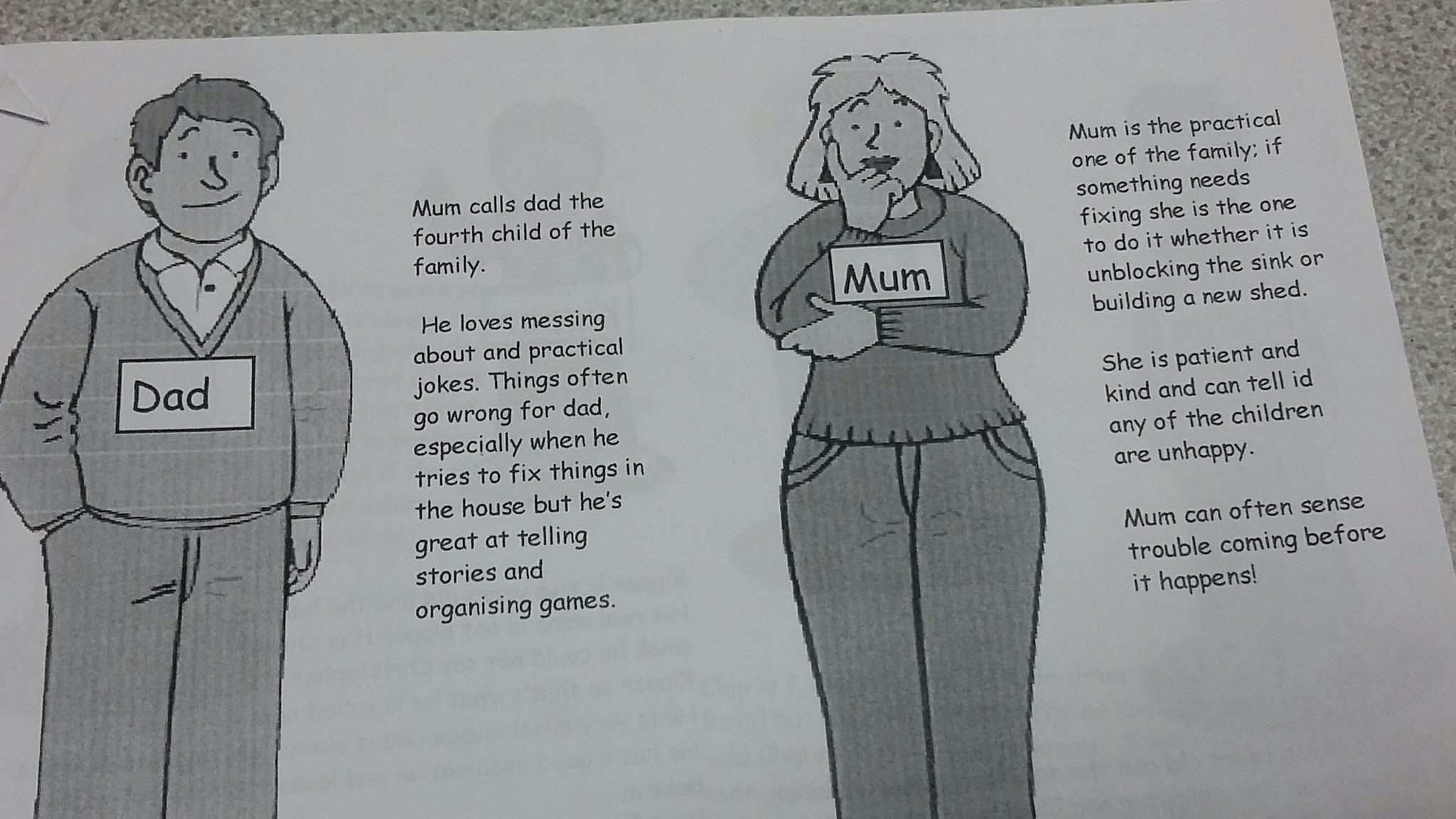 This surprised me a little because the narrative last week was that men were all-powerful sex-predators who use their patriarchal powers to force women into submission, which is why The Handmaid’s Tale documentary was so popular. But if denigrating and undermining men using any means to hand is the goal, the first casualty will be consistency.

To begin with, I should point out that I have come across men who’ve been utterly feckless, loafing around and going to parties while their women do all the chores as well as take care of him and the children. But they didn’t look much like the chap in the picture. None of them wore a v-neck sweater, for example. In fact, the men who look like the chap in the picture generally spend their days working their arses off to provide a home and secure future for their wives and kids.

But don’t you just love it? The husband is a shambling man-child while the wife is an all-powerful superwoman who does things like unblocks sinks and builds sheds on top of her womanly chores. Because yeah, every woman is just like that. Does anyone know of any woman who’s built a shed on her own? Or unblocked a sink when there was a man around who could have done it? Shortly after I left university I sort of moved myself into a house of five girls, four of whom hated me on sight. I won them ’round in short order by stopping the doors squeaking, bleeding the radiators so the place warmed up, and taking off the sink-trap to remove a lump of rotting hair the size of a golf ball with an ear bud through its centre. One of them was so impressed she even reads my blog almost twenty years later (*waves*).

Also, I have a close friend who was recently widowed, leaving her to raise a couple of kids alone. Among the long list of things she misses about her late husband is the moral support: when told of a problem he would make cool-headed, pragmatic suggestions which cut through the emotional nonsense surrounding it, allowing her to see the issue more clearly and in a different light. This had a valuable calming effect, which she badly misses. She’s mentioned missing this aspect of their relationship more times than she has anything to do with fixing stuff or carrying heavy items about. Do you think this ludicrous cartoon captures this contribution to a woman’s well-being which men so often provide?

Whoever came up with it obviously doesn’t know much about men or relationship dynamics, and it is fun to speculate on the relationship status of the women (for it was surely women) who are responsible. Do they belong to:

Group 1: Young women who complain incessantly that men don’t want a relationship, they just want an easy shag off Tinder. All of them will have Tinder accounts, and all will have provided said easy shag more than once in the past six months.

Group 2: Bitter older women who look forward to reading the cat-buying guides with each new issue of Modern Spinster magazine?

Group 3: Middle-aged women who were busy shagging shitlords in their twenties when they should have been securing themselves a decent partner, and chose to settle with some bumbling omega male nobody else wanted to avoid joining the women in Group 2 (look at the body-language of the woman in the picture). The divorce papers will be served on him once she’s in possession of her anniversary diamonds, and the Group 2 sisterhood will welcome her with open arms and one of these.

Whatever the case, you can be damned sure the brainchild behind this was not a woman enjoying a functioning relationship with a man she loves and respects. I’m not too worried about this because rather than driving a wedge between men and women as they hope, I think these deranged feminists are only succeeding in driving a wedge between them and ordinary, sane men and women. The comments beneath the original tweet are encouraging, suggesting men are wise to the game being played: 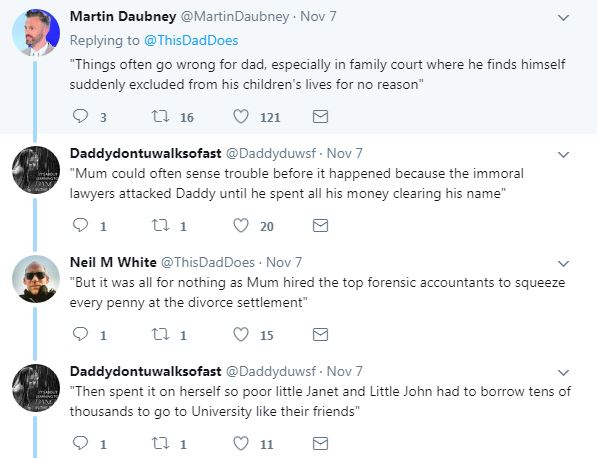 The best way to deal with this is to mock it mercilessly. Feminists like a fight, but they don’t like being laughed at. If I had a kid who was handed homework like this, I’d complete the assignment myself being sure to include sentences like “Mummy is brilliant, she does everything, including bringing Daddy a beer when he calls out for one”.

What desirable outcome feminists hope to achieve with stuff like this is anyone’s guess.

33 thoughts on “When Feminists Set Homework”