I confess, I found Rome a lot like Paris only with older ruins. Perhaps it’s me coming from the UK, or my having lived outside Europe for a long time, but the two felt rather similar. Both have world-famous landmarks in their centres; the streets are often narrow and paved with dark grey, square cobblestones many of which are missing; food and drink is a main attraction; the churches, fountains, and obelisks look strikingly similar; the streets are filthy, and many buildings covered in grime; the traffic is bad and parking spaces in short supply; certain areas are thick with tourists and the accompanying band of hawkers, vendors, and pickpockets. Bear in mind I like Paris a lot, so I didn’t think this was a bad thing.

The first sight we visited was the Trevi Fountain, which I’d never heard of. It was sixteen-deep with tourists, half of whom were trying to take my eye-out with selfie-sticks while the other half tossed coins into the water. It was nice enough, but once you’ve been to Peterhof, Baroque fountains never do much for you afterwards. We moved onto the Pantheon, pushed along by the crowd as if entering a football stadium. I hate crowds and I was already getting grumpy. Half the trouble was the pavements are tiny and you have to walk in the road, but nowhere is pedestrianised and you’re in danger of being mown down by a van or scooter at any moment. When Haussmann designed Paris he at least had the good sense to build wide pavements so pedestrians don’t compete for space with garbage trucks. Anyway, the Pantheon was…okay. Then it started to rain and, with bright sunshine forecast the next day, we abandoned the sightseeing and went for dinner.

My companion booked the restaurant, a well-known place popular with tourists that’s been around since 1906. From what I could tell, the Italians eat like this: first you order a plate a metre in diameter covered in cured ham. This they call a starter. Then you eat several kilogrammes of pasta. Then you eat a lump of meat the size of a rugby ball. At no point does a vegetable pass nearby. In case you’re still hungry you eat a tiramasu. I can only assume an Italian dinner lasts between five and eight hours, or they only eat once per week. I chose the cured ham – which was excellent – followed by the carbonara which was the house specialty. They made it slightly differently than I do, i.e. they fucked it up, but it was still very good. Very good.

The next day dawned bright and clear so we went to the top of the Spanish steps and took some photos. 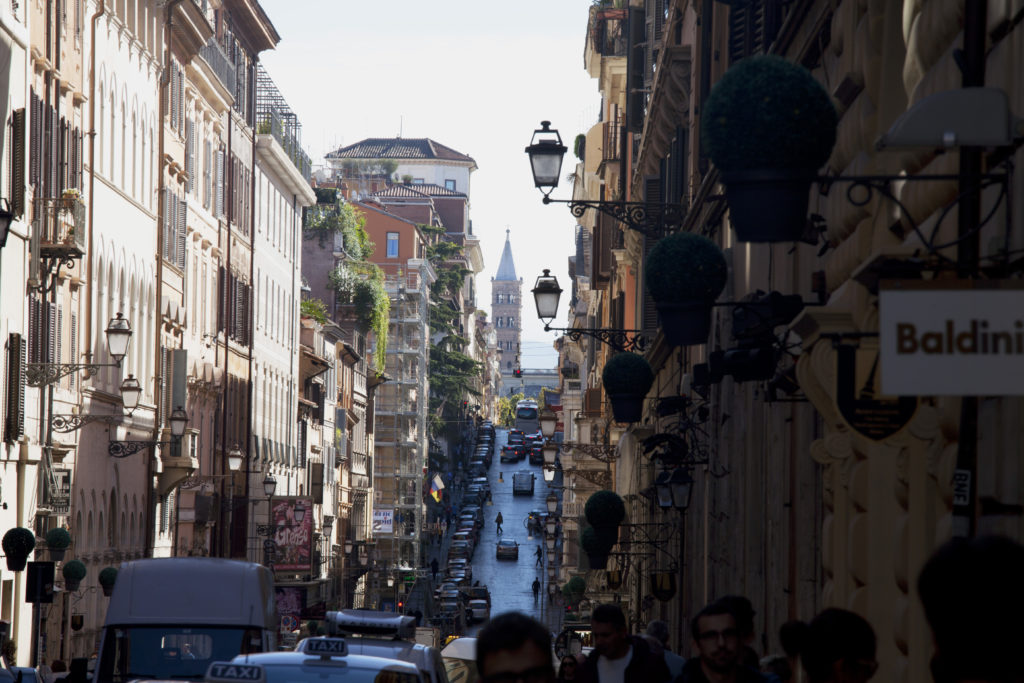 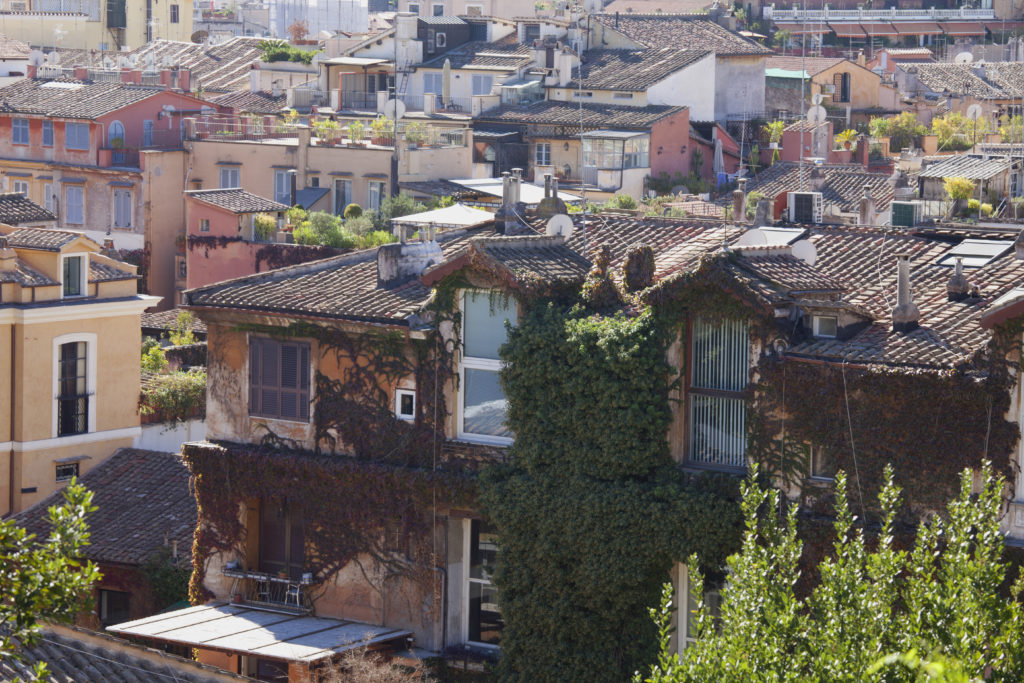 Then we walked along the upper road and dropped down into the Piazza del Popolo, where sits an Egyptian obelisk which used to be in the middle of the Circus Maximus. I looked at this thing and wished that stones could talk. From there we took the metro to the Vatican where I ignored gangs of Indians telling me I was “going the wrong way”, and headed to Saint Peter’s Square. This was a nice spot and big enough that it wasn’t too crowded. However, the line to go inside was several hundred metres long and there was no way I was going to join it so we didn’t actually enter the Vatican proper, hence I missed the ceiling of the Sistine Chapel. As we approached the building with the balcony  where the pope comes and waves at his flock, a dark cloud formed over my companion, who is Turkish. As we got closer, a warning bolt of lightning shot down and landed inches from her feet. Then when we got to the barrier a Swiss guard prodded her with his pike and said “We don’t want your sort ‘ere, now bugger off!” By contrast, I was left well alone (I may be making some of this up).

I was impressed by the Vatican, or what I saw of it from Saint Peter’s square. This was worth a visit. 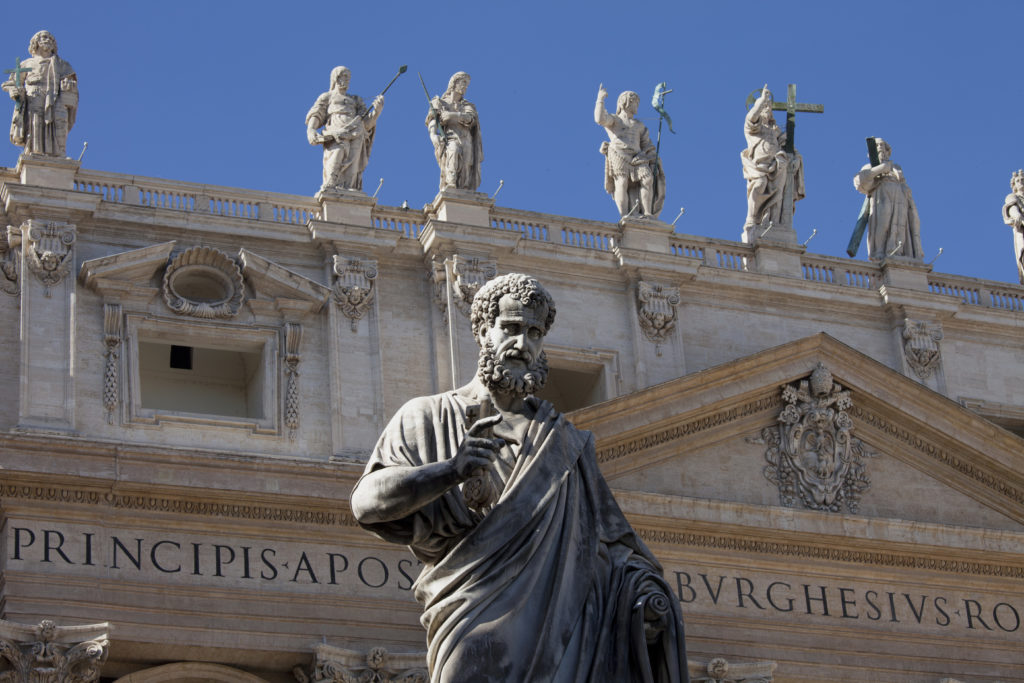 We then hopped on a bus which took us across the Tiber and on to the Altare della Patria. This colossal monument features an enormous bronze statue of Victor Emmanuel II, the first king who united Italy. Given the size of the thing and the overall monument, you’d have thought he was someone who beat Napolean six-nil over two legs, home and away. This place also serves as the location for the grave of the unknown soldier and the eternal flame. 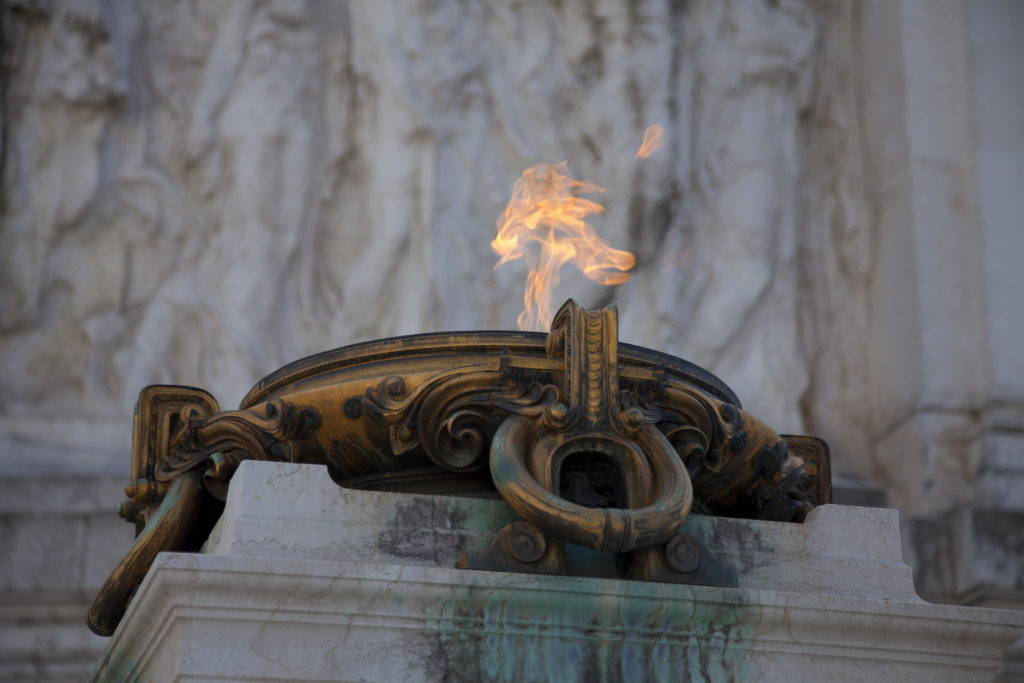 From there we walked through the Roman Forum, a collection of old ruins which perhaps ought to have done something for me but didn’t, and onto the Colosseum. This was very impressive but as we approached two dozen people of various nationalities came running up:

This barrage came before I’d even had the slightest chance to look at the outside, and after that I wouldn’t have gone inside even if someone had let slip Maria Sharapova was there in a hot tub with two of her closest friends and wanted me to join them. So instead we took a leisurely stroll around the outside, where I got some nice photos. Like the Vatican, the Colosseum was worth seeing. 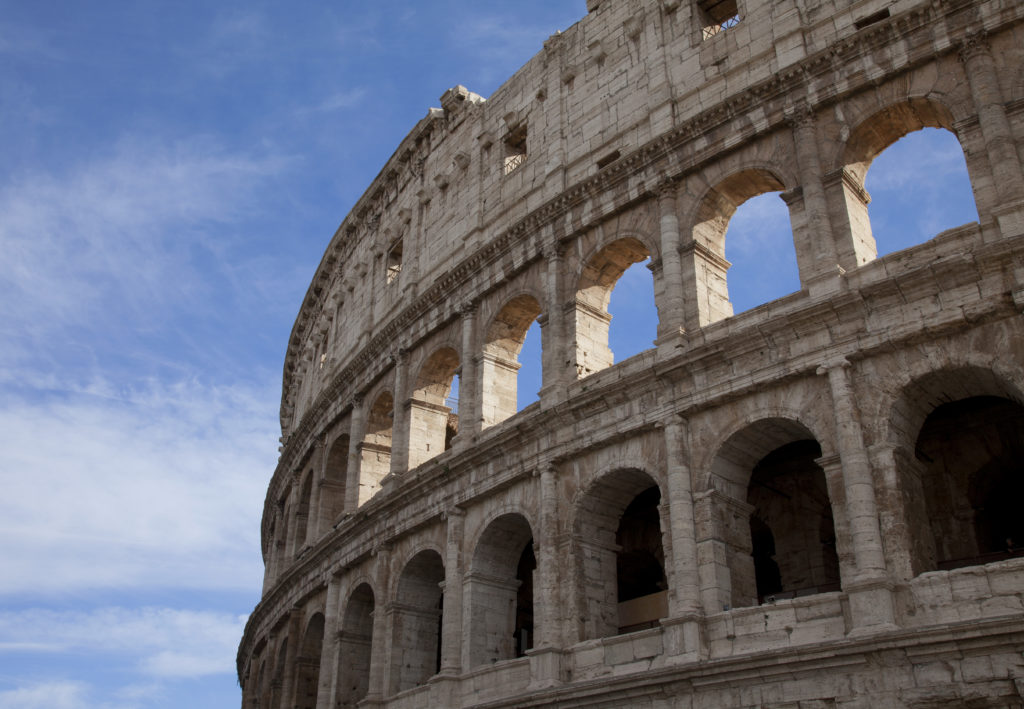 That evening we went to a restaurant where I had a very thin pizza covered in lumps of mozzarella cheese and cured ham. I’m assuming this is how pizzas are supposed to be done. Afterwards we went to a bar disguised as a speakeasy – a theme growing in popularity in Rome, I heard – which could easily have been in Paris. The main difference was Rome was much cheaper; visiting other cities makes me realise how ludicrously expensive Paris is for drinks, particularly spirits and cocktails.

The next day we caught a taxi to the airport and underwent a journey quite unlike any other I’d been on. The driver, an Italian in his fifties with a bald head and grey beard, was engaged in a heated discussion on his phone before we’d even pulled away. Often when this happens the driver spends a few more minutes on the phone before hanging up, but not this guy. He seemed to be following up on some sort of business transactions and had a scrap of paper he used as a ledger with various names and numbers on it, and called each one in turn, taking notes using the steering wheel as a desk. And this dickhead didn’t even have a hands-free kit, he either had to hold it or put it in his lap. 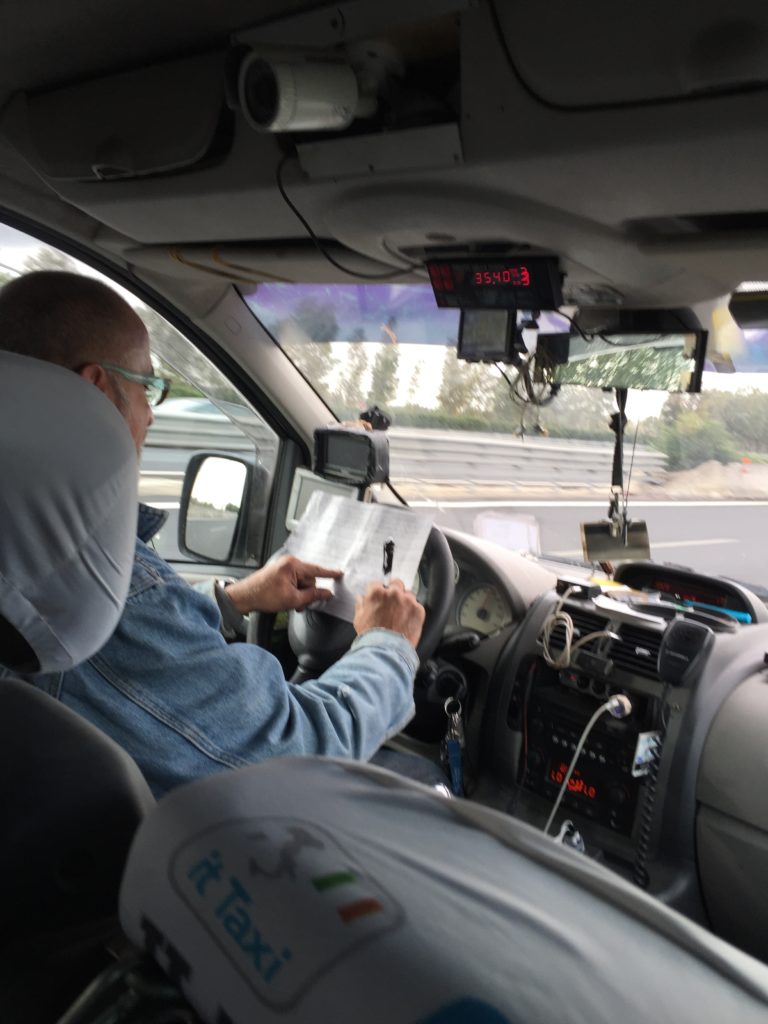 He was probably concentrating on the road for a maximum of 20%, which meant he was constantly slamming on the brakes and veering into the hard shoulder. Even when we got to the highway he didn’t change, and the above picture was taken at around 120kph. My friend recorded the videos below:

If I didn’t think this guy would pretend not to understand me, I’d have asked him to stop and concentrate on driving. Not that any of this surprised me: in April this year, Italy banned Uber because it represented “unfair competition” to traditional taxi drivers. Presumably they mean they would no longer be able to engage in unrelated business transactions while driving customers at high speed along the motorway. Of course, there was no point in complaining but had this been Uber the guy would have been out of a job before we’d cleared airport security. Remember this next time some corrupt politician or their lackey declares Uber is unsafe for passengers.

Anyway, Rome was nice and I’m glad I went.

(The full collection of my photos from Rome can be seen here).