Last Saturday I went with a friend to visit Château de Vaux-le-Vicomte, about 45 mins south of Paris. 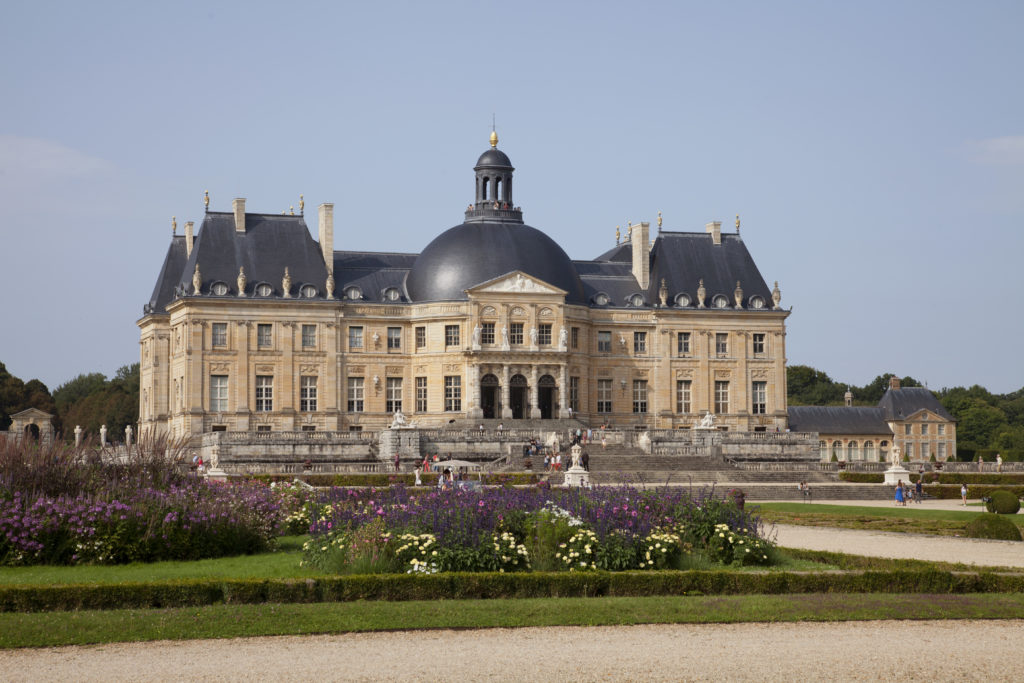 Built between 1658-61, it was the first in what became known as the Louis XIV style, which is now arguably the “typical” look of a French chateau.

It was built as the personal home of one Nicolas Fouquet, who became King Louis XIV’s superintendent of finances in 1657. That’s right: the chap in charge of the France’s money built himself that house a year after taking up the position. Audits and oversight might have been a bit more lax in those days.

Setting the standard for what would follow in many French chateaus, M. Fouquet didn’t skimp on the gardens. 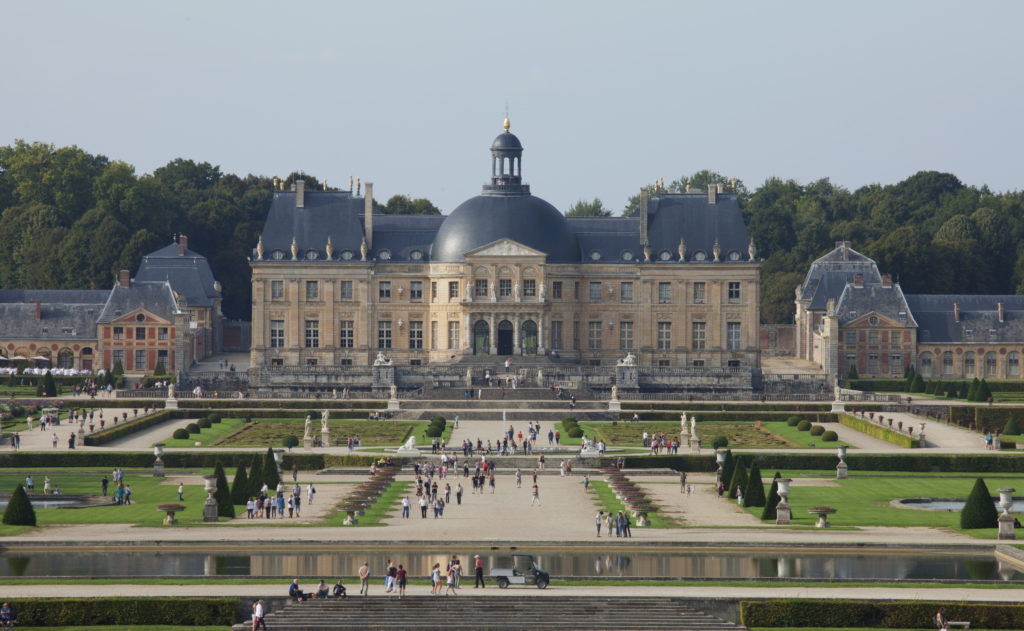 Alas, things didn’t work out too well for our intrepid superintendent of finances:

[T]he king had Fouquet arrested shortly after a famous fête that took place on 17 August 1661…The celebration had been too impressive and the superintendent’s home too luxurious.

Building yourself a house like that when you work for King Louis XIV is a bit like Roman Abramovich’s accountant buying a mega-yacht several metres longer than that of his boss. Probably not a good idea if self-preservation is top of your agenda.

Jean-Baptiste Colbert led the king to believe that his minister’s magnificence was funded by the misappropriation of public funds.

However, Louis XIV was suitably impressed and ordered a similar chateau for himself at Versailles.

Château de Vaux-le-Vicomte is now privately owned, administered by three brothers, the descendants of those who bought the place in 1875 after it had stood neglected for 30 years. It is open to the public, and you can rent a golf buggy to drive yourself around if you’re bone-idle (we are, so we did). 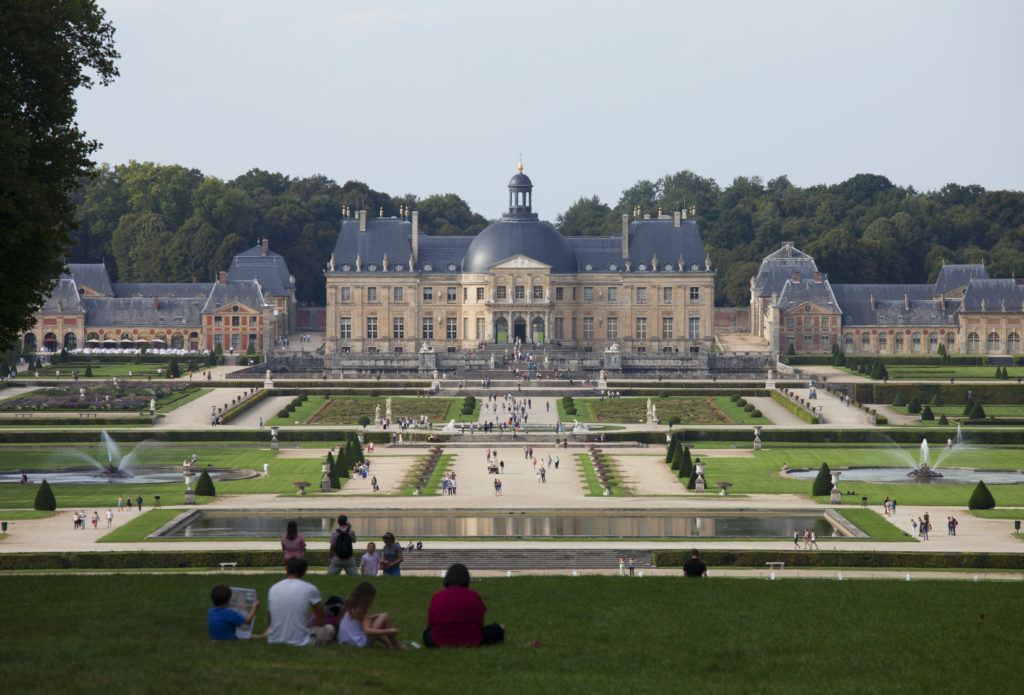 In the 19th century somebody built a golden statue of Hercules at the far end of the garden. 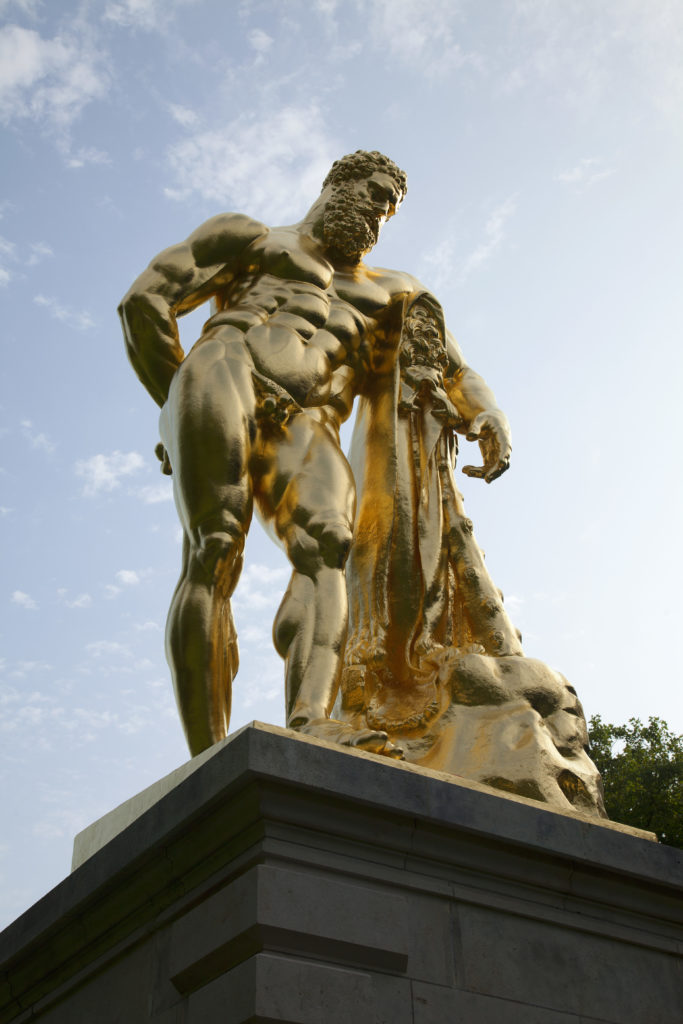 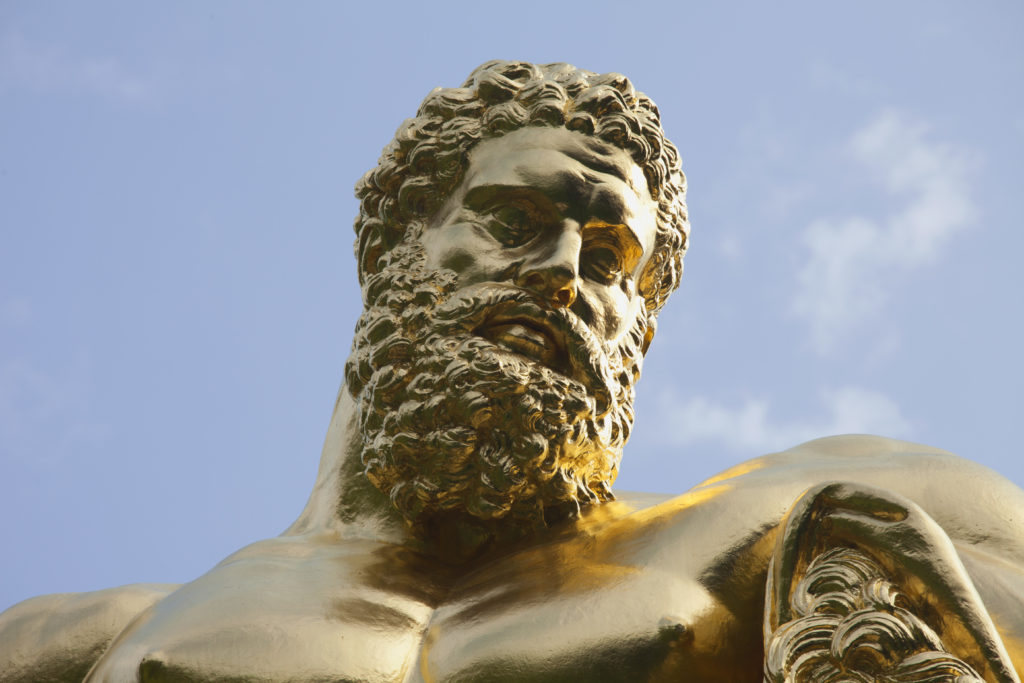 One of the main attractions of the chateau is the candlelit evenings they put on each Saturday in summer. They lay out a couple of thousand candles around the gardens and chateau and everyone stays until sundown and says “Aaaaaaaah!” 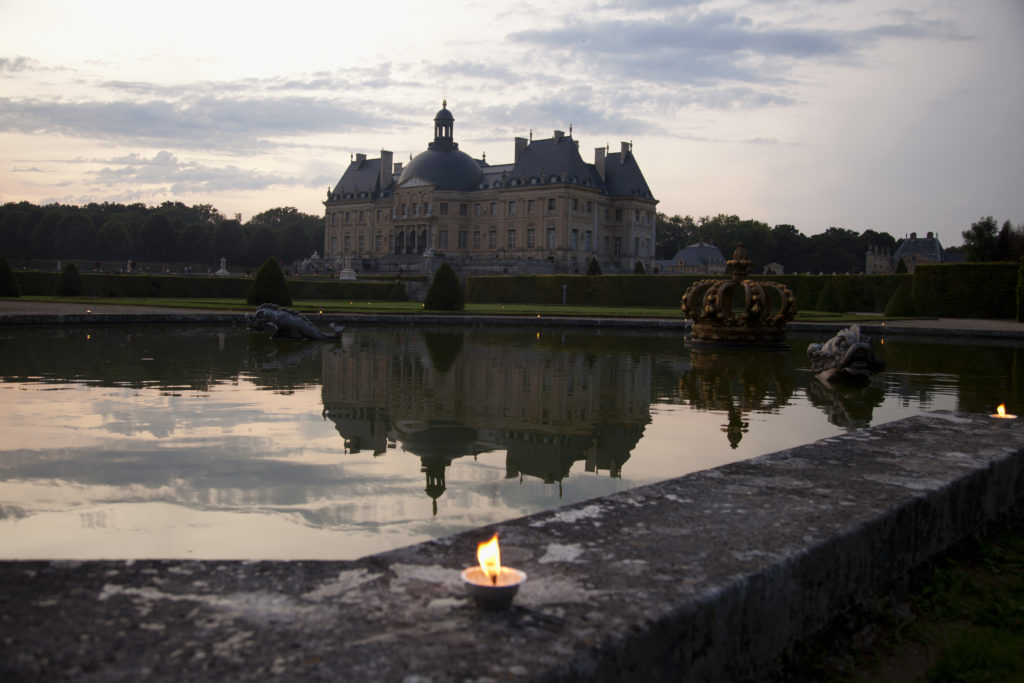 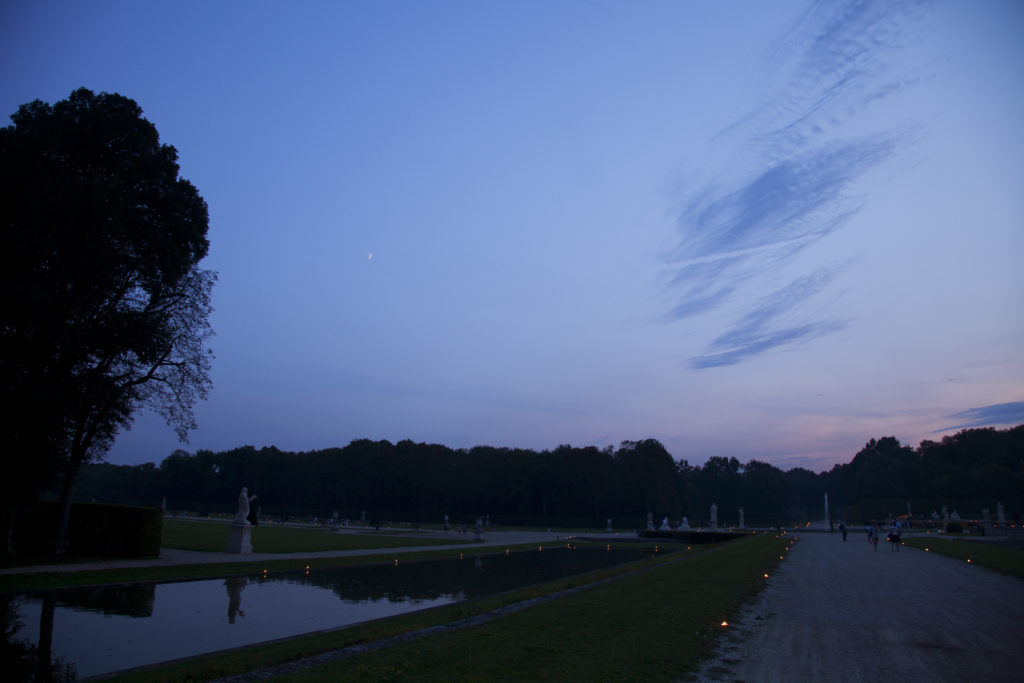 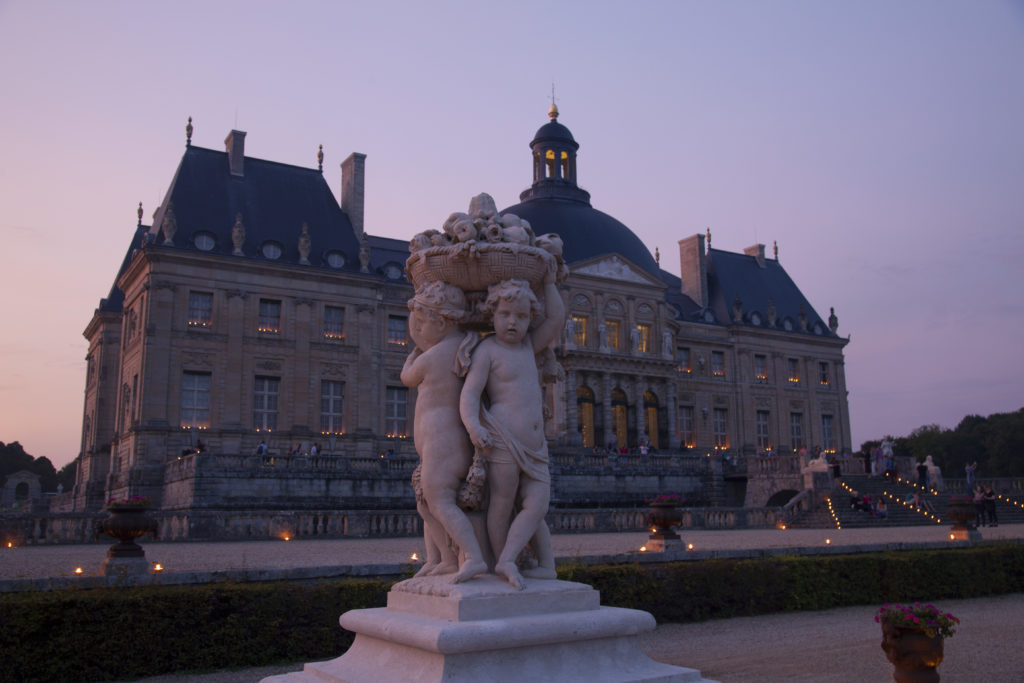 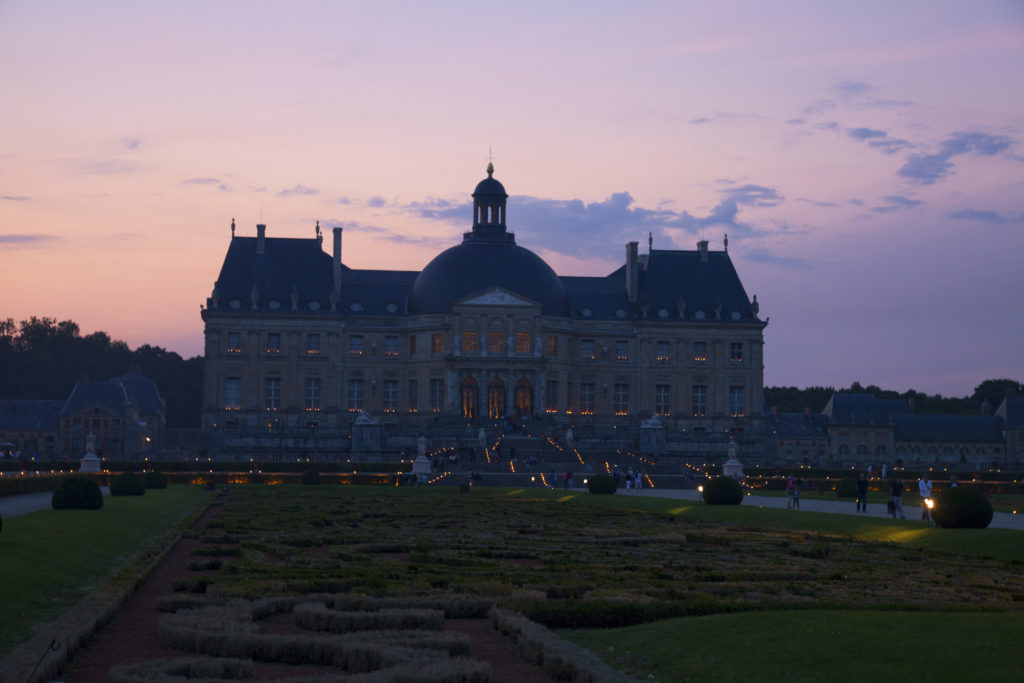 It was worth the wait, although we didn’t hang around for the 11pm firework display. If you can make it one day, it’s worth doing. It is nicer than the Palace of Versailles in my opinion, which I thought was too big, lacking character, and too full of tourists.