When I opened my letterbox on Saturday I was rather surprised to find a speeding notice sent all the way from Germany. Apparently when I was in Baden-Baden I was travelling at 41kph (38kph after tolerance adjustments) in a 30kph zone. Or in English, I was doing 23.6mph in an 18.6mph zone.

Until recently I wasn’t even aware that speed limits below 30mph existed, but I see some 20mph zones have appeared in London down residential streets full of chicanes and speed bumps. In France, the general limit in built-up areas is 50kph and occasionally 40kph. So what did this road in Baden-Baden look like? Well, street view is banned in Germany (along with most everything else) so we only have the aerial view of Geroldsauer Straße: 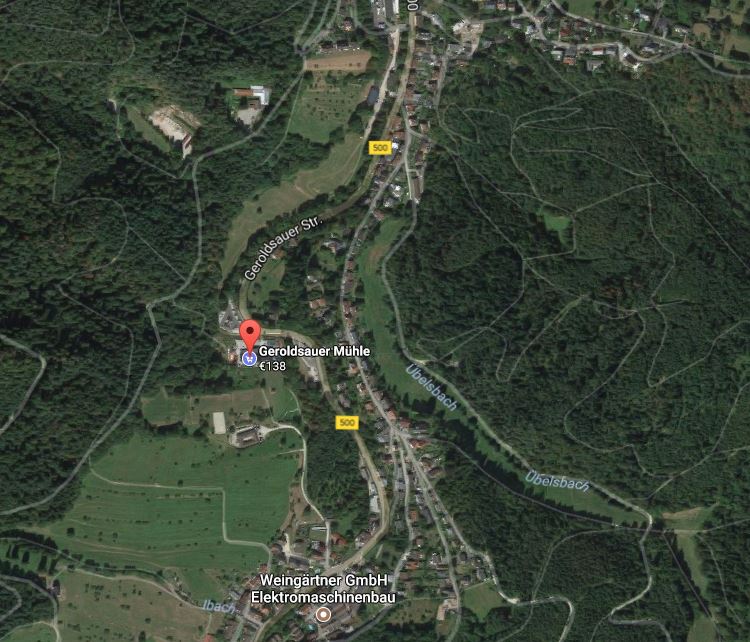 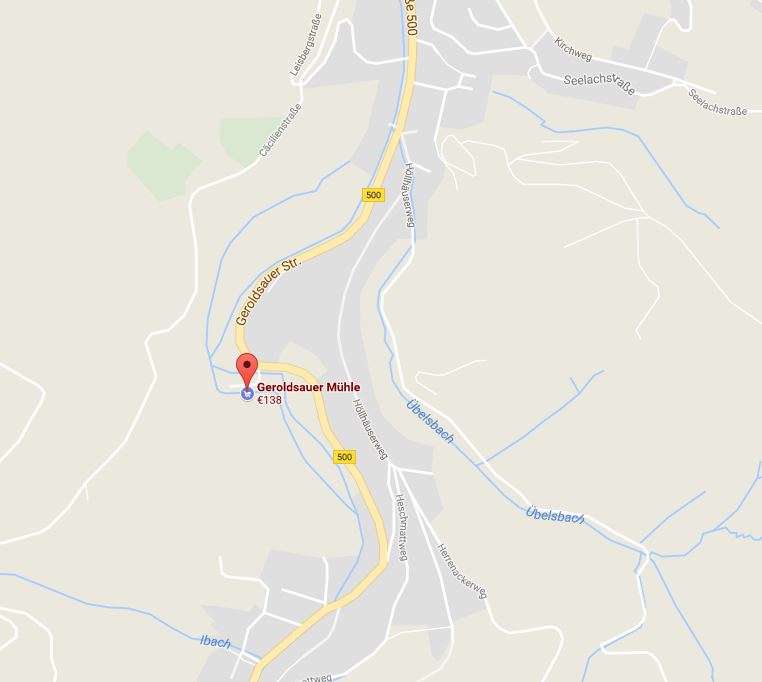 Geroldsauer Straße is a 2-lane road forming part of the B-500, which puts it in the Bundesstraße category:

In the German highway system they rank below autobahns, but above the Landesstraßen and Kreisstraßen

In other words, if you drive at more than 19mph along sections of Germany’s second-tier highways you’re liable to be photographed and fined. The photo is quite funny, it shows my Russian pal and me on our way somewhere, but the road is wide and clear. The fine is only 15 Euros which I have no problem paying, either in practical terms or in principle; that’s not my point here.

My point is that Germany looks about the least fun place to live or visit, especially when compared to France. I suppose mind-numbing sterility is what happens when a largely secular nation’s middle-classes get wealthy and comfortable enough that they find it necessary to meddle and proscribe to an ever-increasing degree. But hey, if this is what the Germans want, then who am I to complain? I’ll just keep to my side of the border and laugh at things like this: 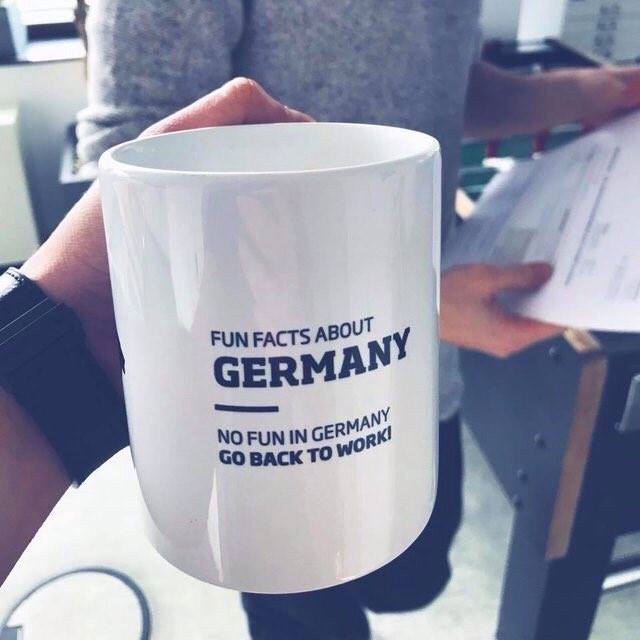 It’s also going to be interesting seeing how the Germans will enforce their millions of petty laws in a few years’ time when the effects of their immigration policies begin to take hold. Historians might find some bemusement in a country that fined people for driving at 38kph down what would be a major highway in most of the world, but couldn’t stop mass sexual assaults in its city centres.

35 thoughts on “No Fun in Germany”