Via Catallaxy Files I hear about this:

Washington (AFP) – The US government on Saturday ended its formal oversight role over the internet, handing over management of the online address system to a global non-profit entity.

The US Commerce Department announced that its contract had expired with the Internet Corporation for Assigned Names and Numbers, which manages the internet’s so-called “root zone.”

That leaves ICANN as a self-regulating organization that will be operated by the internet’s “stakeholders” — engineers, academics, businesses, non-government and government groups.

The move is part of a decades-old plan by the US to “privatize” the internet, and backers have said it would help maintain its integrity around the world.

US and ICANN officials have said the contract had given Washington a symbolic role as overseer or the internet’s “root zone” where new online domains and addresses are created.

But critics, including some US lawmakers, argued that this was a “giveaway” by Washington that could allow authoritarian regimes to seize control.

Which explains the email I received from my domain name host over the weekend:

ICANN, the organization tasked with overseeing domain registrations worldwide, has asked us to change the way we register domains with privatized contact information. They are demanding that we no longer register these domains as “A Happy DreamHost Customer,” but as a separate entity. To appease their lawyers, we’ve formed a separate proxy organization to do exactly that. Very soon your domains will be registered by “Proxy Protection, LLC.” Don’t worry – that’s us!

So the first week into the job ICANN – the new entity overseeing domain name registrations – is demanding an end to registrees being anonymous.  Authoritarian governments must be rubbing their hands with glee.  How long will it be before domain name hosts are required by law to obtain proof of residential address from all registrees and hand over this information to any government body which demands it?

I’d like to say I’m surprised that this has been carried out with barely a wimper from the media, but finding a politician or journalist committed to civil liberties is like finding a gangsta rapper at a bluegrass festival.

[Stephen Crocker, ICANN’s board chairman said]: “This community validated the multi-stakeholder model of Internet governance. It has shown that a governance model defined by the inclusion of all voices, including business, academics, technical experts, civil society, governments and many others is the best way to assure that the Internet of tomorrow remains as free, open and accessible as the Internet of today.”

Business, governments, techical experts, and academics.  Oh yes, those vanguards of freedom and liberty, how could I forget?

This cartoon sums things up nicely: 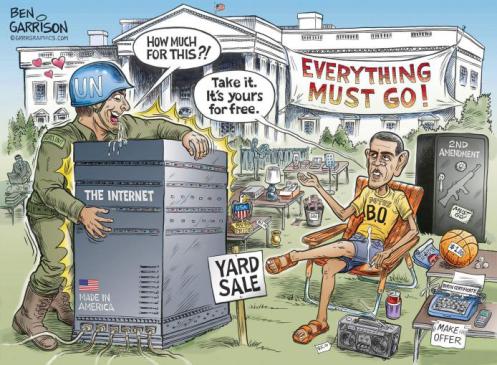 5 thoughts on “The End of Private Domain Name Registration?”