Somebody commenting on my previous post under the handle “Time I’ll Never Get Back” has done some sterling research into the Figment Project, and provided a photo from one of their events: 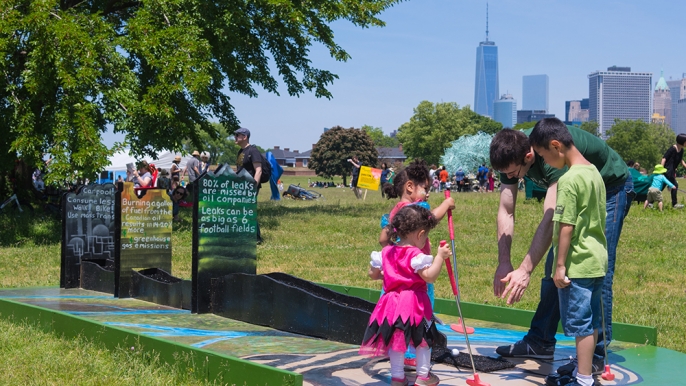 For those who can’t be arsed to squint, it is a kids’ mini-golf game where they hit the balls under a panel that reads:

“80% of leaks are missed by oil companies.  Leaks can be as big as 6 football fields.”

As they say in Wikipedia: citation needed.  Leaks are traditionally measured in barrels, not football fields.  But I guess these leaks are among the 20% that we catch; even us dumbass engineers at Big Oil would struggle to miss 6 football fields worth of oil pissing all over the place.

But isn’t it strange how these non-partisan, non-political, not-for-profit ventures always end up being run by the same narrow demographic parroting left-wing political mantra?

I wonder where the Governance Council was when this was being submitted for approval (assuming it was)?  The Figment Project Annual Report for 2014 gives us a clue (the 2015 one is available online, but my antivirus programme won’t let me download it).

ALPHA, began in 2013 as a new model to invest and develop our FIGMENT teams and artists, continued its creative vision in 2014 from April 25-27 at Camp Ramblewood in Darlington, MA.

Let me translate that for you:

ALPHA is a weekend jolly for those of us who run the Figment Project and which (according to the Annual Report) cost $12,000.

A class in fire building focused on the aesthetic and creative potential of the activity. The structure will mimic a freshman drawing class. The workshop will culminate in a simultaneous burn tantamount to a group exhibition.

Strip away the guff and this does sound an awful lot like a Sakhalin camping trip.  Here’s a photo: 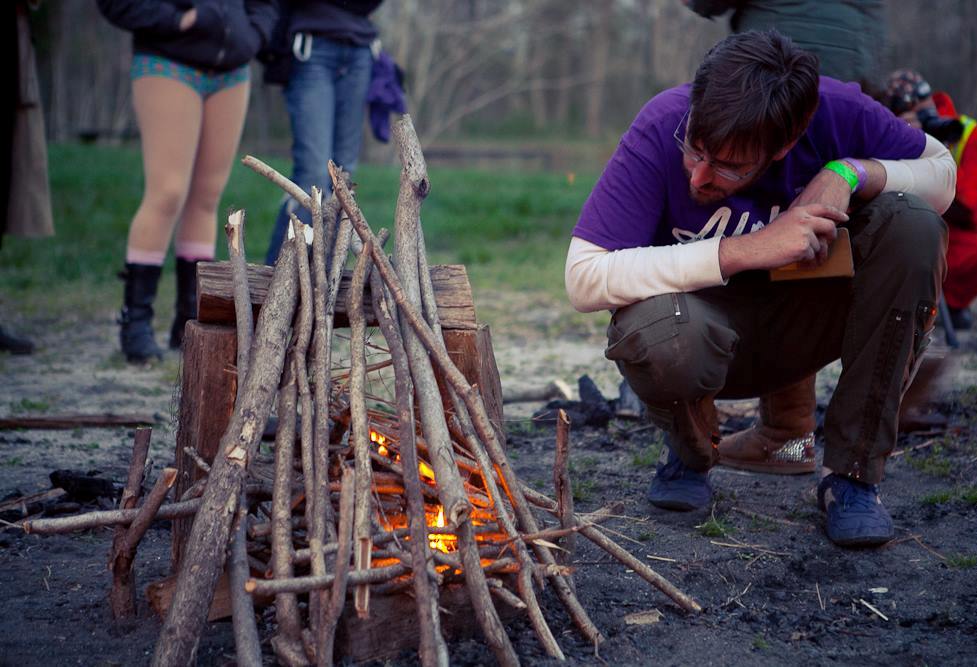 I don’t mean to lay the boot in too hard here, but that is not a firepit.  These idiots couldn’t even get that right.

An entry on the Figment FAQ page is telling:

FIGMENT is NOT officially connected to Burning Man. That said, many of our founders and organizers are participants in the annual Burning Man event, and FIGMENT was in part inspired by the participatory art and volunteer-driven spirit of Burning Man.

A large chunk of this Figment Project seems to be a bunch of mates/partners who are all into Burning Man getting together to continue their lifestyle in a similar vein back in New York at somebody’s else’s expense, under the guise of an organisation promoting genuine art.  Here’s another photo from the Figment Alpha jolly: 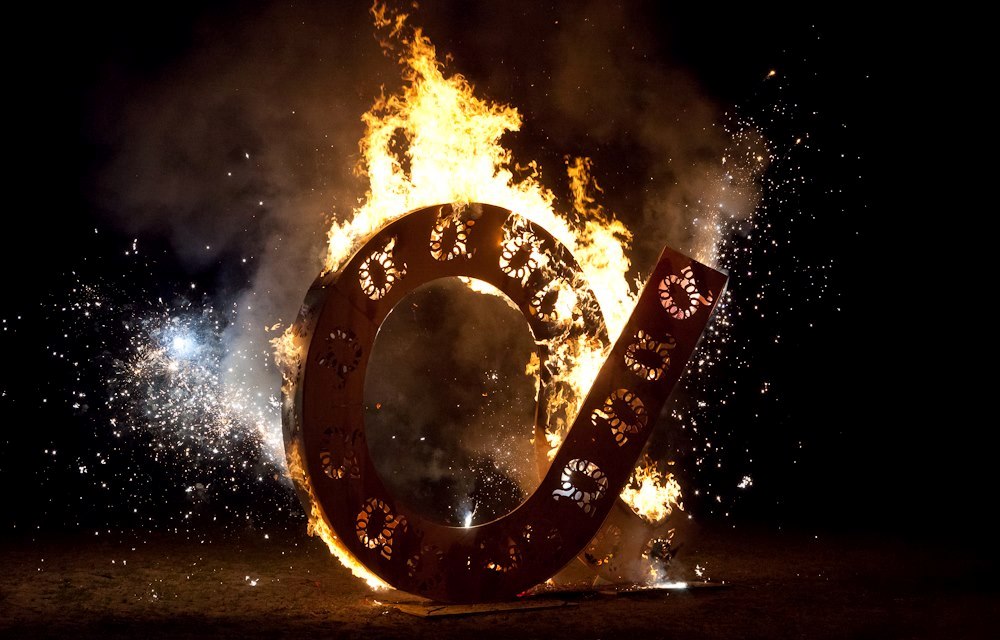 Uh-huh.  How long before we see the Governance Council of the Figment Project having their annual jamborees to Burning Man paid for out of donations and taxpayer cash under the heading “Fact Finding” or other such excuse?

From the Figment FAQ page:

At FIGMENT, you don’t need currency to be rich: FIGMENT invites people to discover what’s really important. Indeed, at a time when so many people are struggling to get by, we are proud to celebrate an abundance of inspiration.

You don’t need currency, but we need $12,000 – a portion of which has been taken forcibly from single mothers working minimum wage who are “struggling to get by” – to have ourselves a jolly in Maryland. 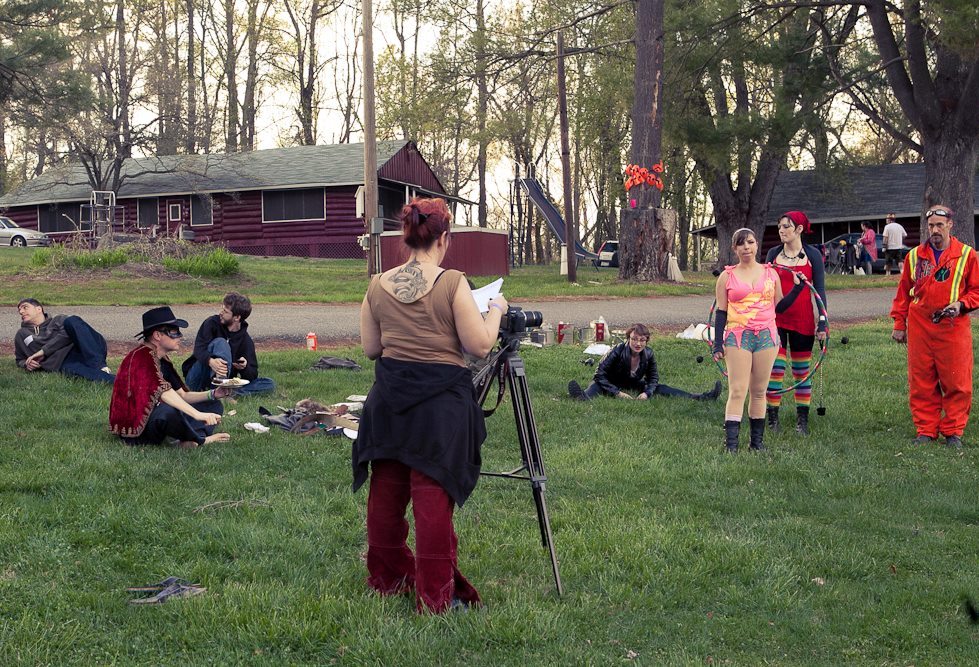 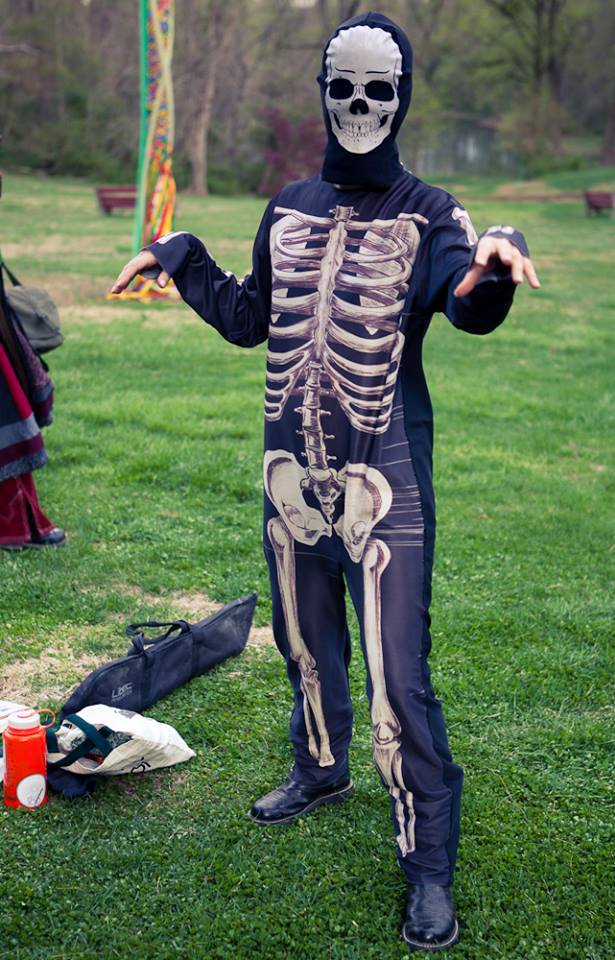 1 thought on “More on the Figment Project”