I am still down in Pau, or thereabouts, studying French and am making considerable progress (says I) and reasonable progress (says my teacher).  I am into the second week of the course and now staying with the second family: even a French oil company is not cruel enough to foist me upon a single family for two weeks.

Apart from the obvious benefit of being forced to speak French, the time spent with the families has offered a fascinating insight into real French life (bear in mind all the French I have met at work so far have been expatriates).  One of the most obvious things I noticed, which came as absolutely no surprise, was that the quality of food surpassed anything else I’d encountered in Europe.  I was fed extremely well, and by that I refer to the quality of the food rather than the quantity.  When I first came to France a few years back I noticed that the quality of food – particularly the meat – was way higher than in the UK.  Step into a random brasserie on a Paris street and most of the time you’ll get a decent lump of meat for about 20 Euros, which has been cooked properly.  Step into a random eatery in London and the meat will likely require the use of carpentry tools to consume.  For sure you can find decent food in London, but you need to know where you’re going, whereas in Paris you don’t.  And that’s a major difference between the two cities in my opinion.

The quality of meat I was served with the families was superb, and varied at that.  One weekend I ate guinea fowl for the first time: two had been cooked whole in a casserole dish.  I also ate oysters – both cooked and raw – for the first time, a provincial French family being the first people I’ve trusted enough to convince me of their freshness.  I learned that I prefer them cooked.  The food was been quite rich, and most times far from simple in terms of ingredients – there was usually a wine sauce or some north African spice thrown in somewhere – but the method of cooking seemed straight forward enough with most dishes being left on a stove or in an oven for a few hours before being ready to serve.  Slow cooking seems to be popular in France.  On one occasion my host family used a Moroccan thing called a tajine which consists of a ceramic plate with a ceramic witch’s hat on the top, with the whole thing being put on the stove with food inside and left for hours.  The results were good. 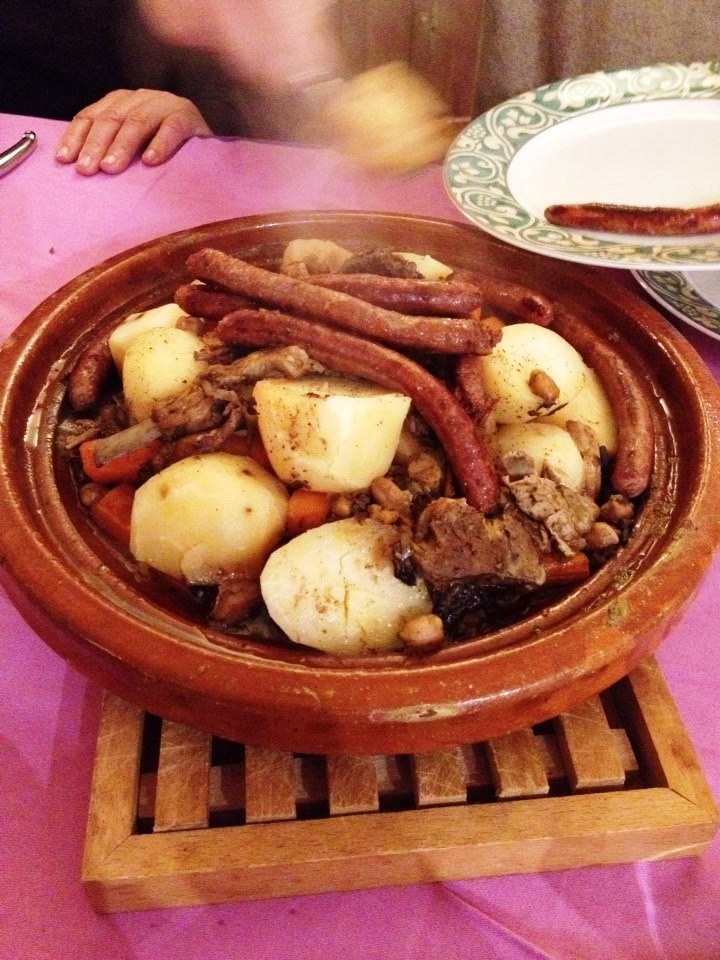 Between the main course and dessert (all the dinners, and the lunches at the weekend, consisted of four courses followed by coffee) a platter was brought out on which rested five or six types of cheese (names like Mimolette Vieux and Saint Albray I wrote down, the former being Dutch) which everyone tucked into along with the bread sliced from the baguette which had been on the table from the start. 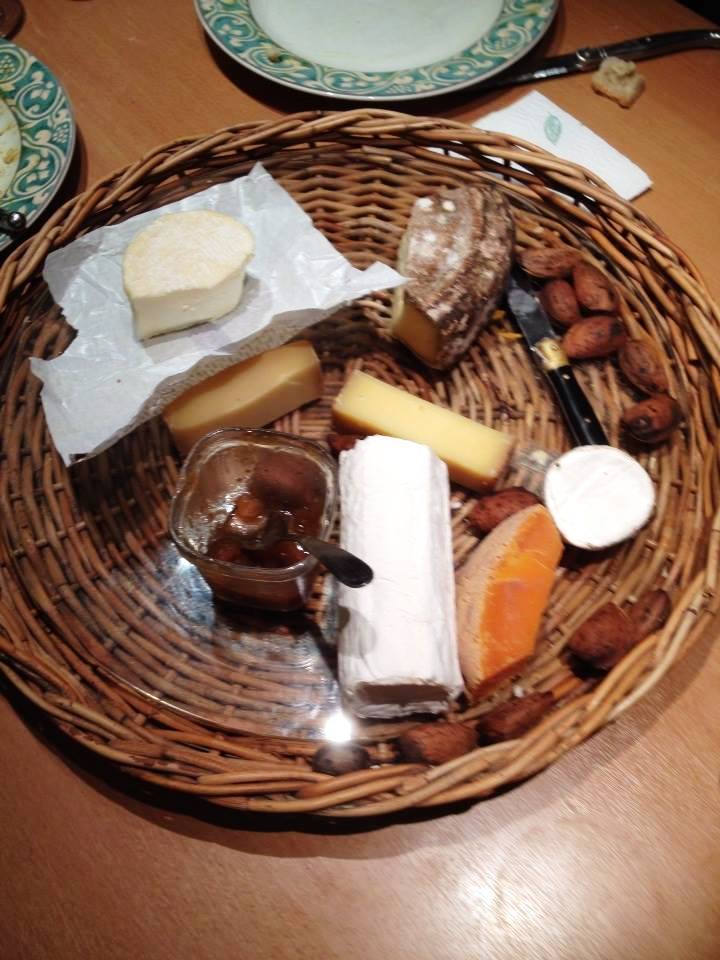 At this point I’ll mention that it dumped it down with rain non-stop during the first 11 days of my 14 day stay. 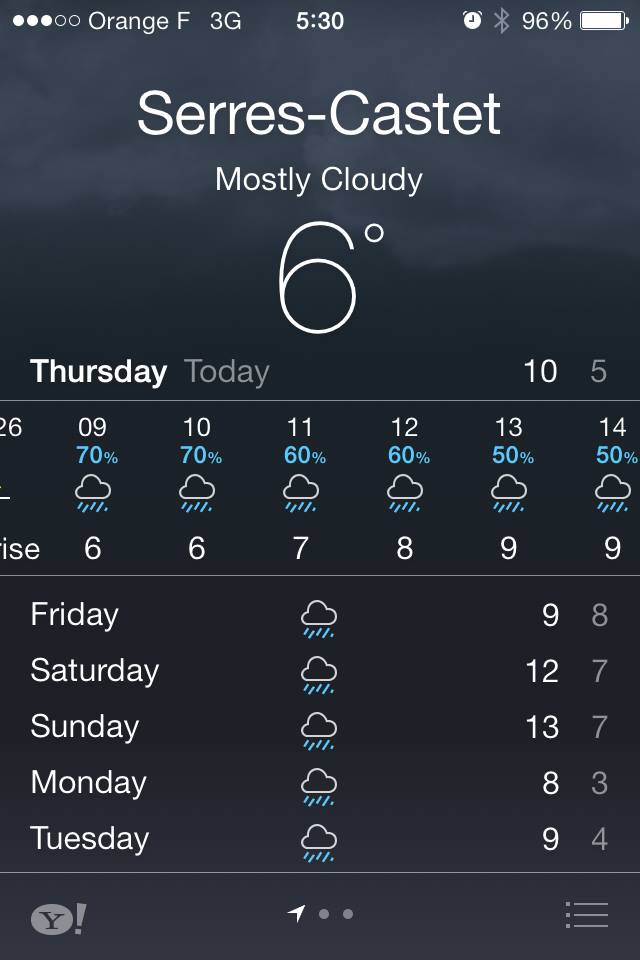 It rains a lot in the south west of France (in fact, it is similar to England in many respects, and indeed belonged to us for three hundred years) meaning there is lots of lush pastureland.  Lots of pasture means lots of cows, meaning lots of milk.  The Acquitainians need to do something with all this damned milk, so they turned it into cheese.  Having barns full of cheese is all very well but you need to find somebody to eat it, and therefore traditions were invented and laws past requiring everybody in the Pyrénées-Atlantiques to eat cheese at half-time during meals.  And the whole of France followed suit.  (Note: I’m an engineer, not a history professor.  But they do get a lot of rain and there are a lot of cows.  And they do eat shit loads of cheese.)

I love cheese at the worst of times, and I tucked into this French (and Dutch) stuff like Obelix tucking into wild boar.  It was great.  This part of the meal usually took about 20-30 minutes, meaning the whole meal was spread over two hours.  The French meals take ages.  Who knew?  Anyway, along comes dessert, usually something genuinely very simple, and then coffee.

Needless to say, wine is flowing like a river throughout the whole affair.  From 20 mins before kick-off until the final whistle, wine is consumed by the bottle by the whole table.  I observed a few things about wine during my time with the families.  Firstly, the French wine is damned good.  Secondly, they mix the wines during the meals.  You may start with white wine (depending on the starter) and then move to red, but as a bottle is finished it is not replaced by one of the same brand.  So it is quite possible to drink several glasses of three or four different types of wine during a French meal, and nobody bats an eyelid or cites rhymes about it being a bad idea.  I trusted their judgement and followed suit.  Thirdly – and I asked them about this – they do not always drink the same wines in general.  They’ll have some favourites, but will always be on the lookout for new ones.  If they find a decent one in a restaurant or at a party, for example, they’ll take a photo and seek out a crate later.  The French are remarkably open-minded about their wine, and will drink anything provided it is French and good.  Or at least European.  I saw bottles of Spanish and Portuguese wine but nothing from the New World or the Penal Colony.  On the weekend we went to a small vineyard to partake in some wine tasting (and buying). 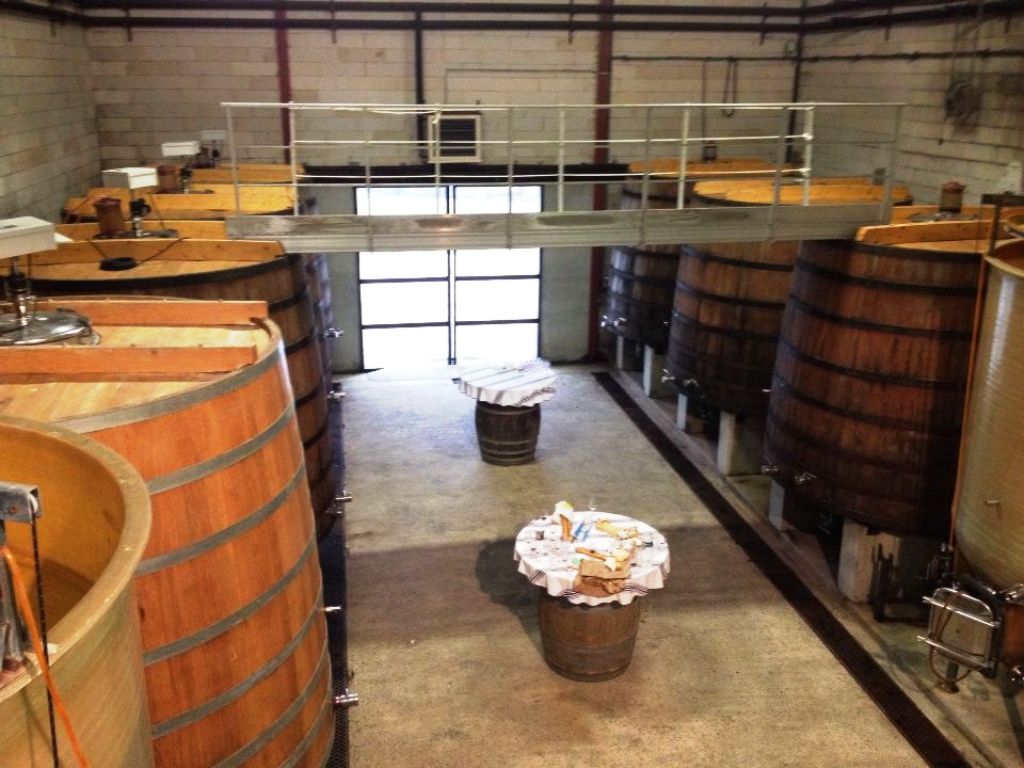 I noticed more stuff.  The French eat dinner late, way later than in the UK, and go to bed immediately afterwards.  An expatriate mate of mine, inviting me to dinner at 9pm when I first arrived in Paris and hearing me complain that at 6pm I was already starving, told me I’d better get on a French schedule without delay.  Surprisingly, I was able to sleep straight after eating, but then again I didn’t stuff myself.  French food is not served in bulk and that, along with the slowness of the proceedings, allows your stomach to be quite settled within a very short time.  Which explains why so many of them are not fat bastards despite being in love with food.  It became obvious that the centre of French social life is to be found at home (as opposed to down the pub), and the culture revolves around – and is absolutely inseparable from – the food.  The dinner table is where families and friends meet and discuss things, with by far the favourite topic (and I paid attention to this carefully) being – you guessed it – food.  At first I thought it was only discussed because I was bringing it up (as a subject, not chundering over the floor like a Brit on a Saturday night in Manchester), but even if I said nothing on the subject at all the conversation would inevitably move to food and remain there for an hour or more.  The French discuss food like Brits discuss house prices, and I know whose dinner table I’d rather sit around.

That said, I’m not surprised the French don’t discuss housing, being inferior to those in England.  For instance, the swimming pool in the garden below could be a bit bigger, and I’m pretty sure you can enjoy a view of snow-capped mountain peaks from the average living room in Coventry. 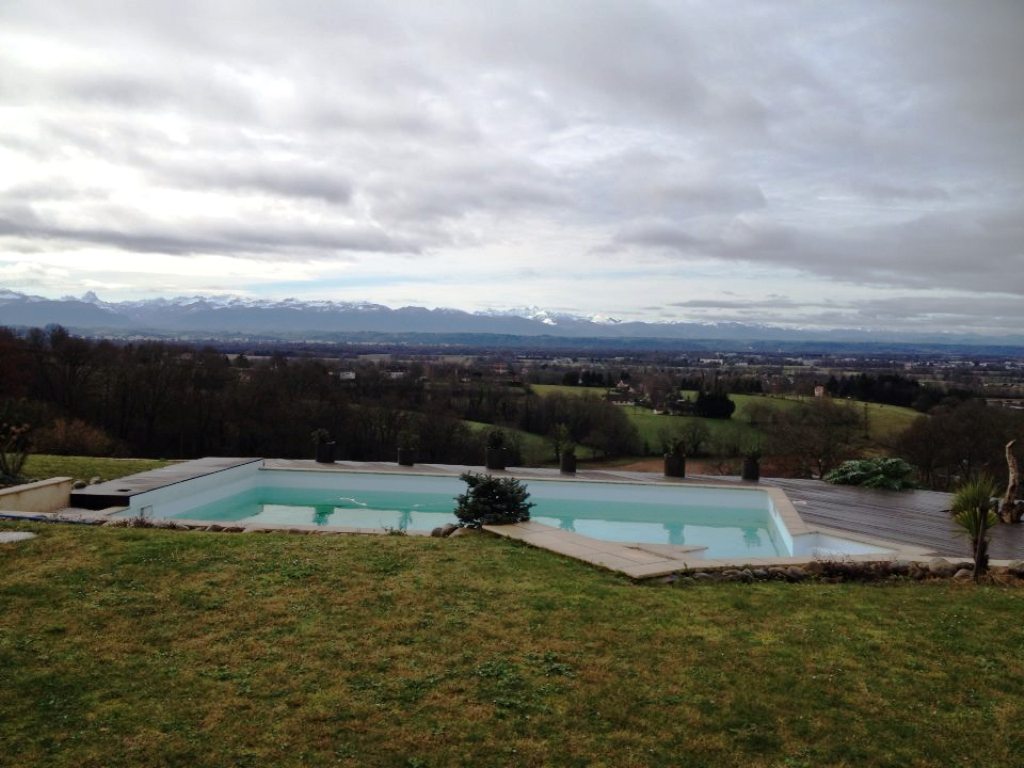 Yeah, these French have got it all wrong.

27 thoughts on “Two Weeks with Two Families in France”