Yesterday Michelle Berdy, an American journalist working in Moscow who I believed was half-way sensible retweeted this video and words to the effect this is the “latest from Trump”:

.@realDonaldTrump on people asking for asylum “These aren’t people. These are animals.” pic.twitter.com/pTKY08Obm2

It’s fake news, of course: the video dates from May 2018 and he’s referring to MS-13, not asylum seekers generally. So I pointed this out to Berdy, and this is how the subsequent conversation went today: 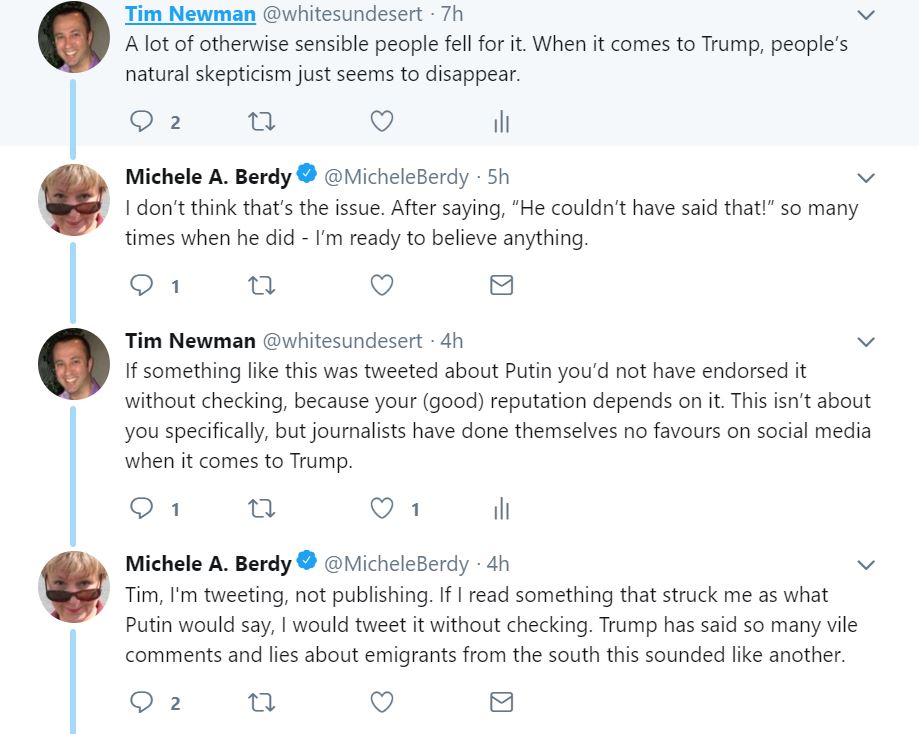 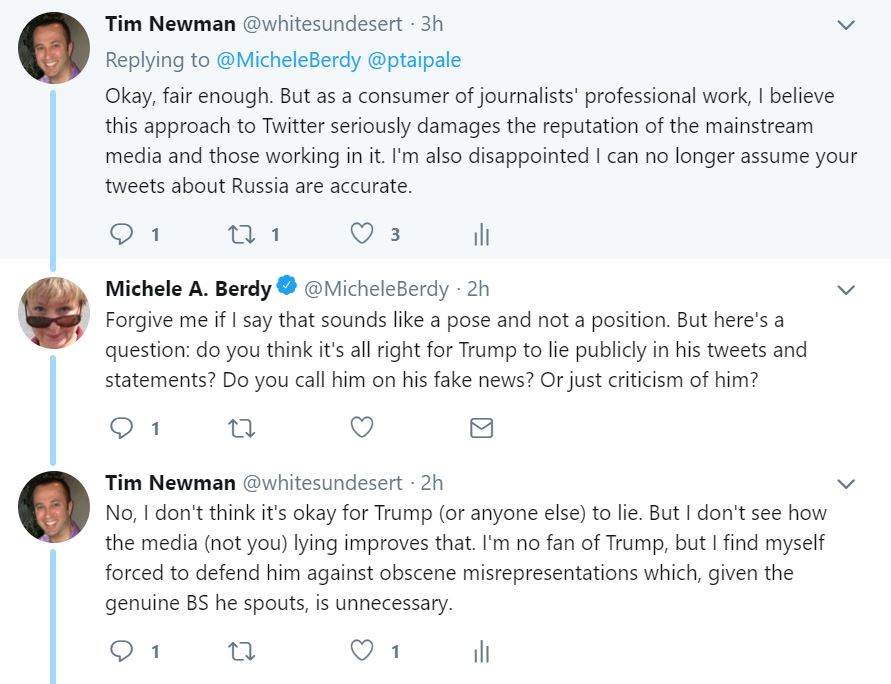 The problem with far too many modern journalists is twofold. Firstly they spread fake news. Secondly, when called out on it they resort to sneering (“sounds like a pose not a position”) and go on the attack (“do you think it’s all right for Trump to lie”). So Berdy deleted her original tweet and replaced it:

Here is what Trump said on April 6 “The asylum program is a scam,” Trump said. “Some of the roughest people you have ever seen. People that look like they should be fighting for the UFC.” That’s disgusting. To the best of my knowledge it isn’t an “obscene misrepresentation.”

Note the sneer at the end? Then this happened: 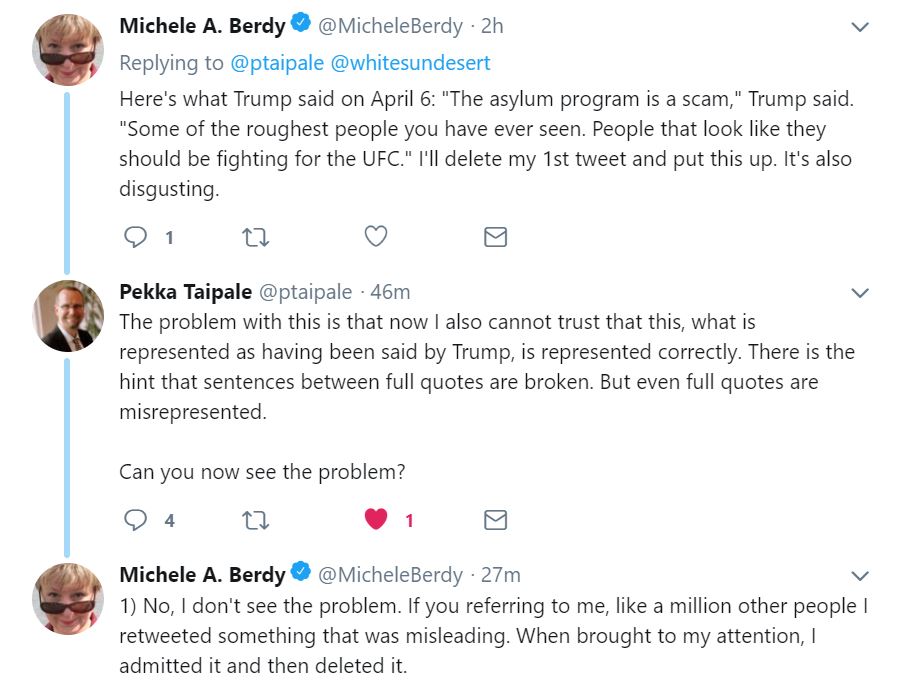 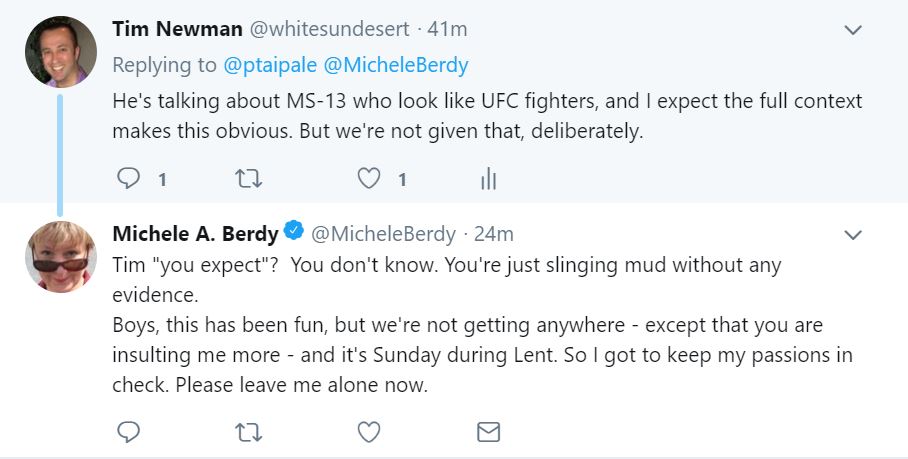 And suddenly I’m dealing with a petulant child. Like I said, it’s not just that journalists peddle fake news but they are incredibly thin-skinned and aggressive when called on it.

As I’ve said before, I have no idea why professional journalists go on Twitter. This was an interesting defence:

Journalists aren’t just on Twitter to have fun, they use it to promote their professional work and attract readers, linking to their publications. Yet they think readers should make a distinction between these posts and their “personal” tweets, and not draw any conclusions about the standard of their professional work from their peddling fake news. It’s like a doctor caught doing backstreet abortions using dirty equipment thinking this has no bearing on his position at the local hospital. Journalists don’t seem to understand the slightest thing about brand protection. Little wonder they like Twitter’s block feature so much.

No other profession would behave like this, and this stems from the fact that for decades journalists had the luxury of a one-way conversation. Now the world’s changed and they don’t know how to have a two-way conversation with people from outside their clique. This is why traditional media is collapsing, print journalists are fumbling about on Twitter, and the likes of Ben Shapiro, Jordan Peterson, and Joe Rogan have audiences in the millions. The thing is, I’ve been reading Michelle Berdy since about 2004, always liked her work on Russia and have interacted with her positively in the past (which is why I took this up with her; I was disappointed). But she’s willing to lose the trust of a long-time reader for the sake of fake news about Trump, and scoring a few petty points when I object. I expect she thinks she has plenty more readers. That’s what they all think.

20 thoughts on “A Sunday during Lent”