Earlier this year I wrote of the bravery of Lt-Col Arnaud Beltrame, the French policeman who traded places with a woman being held hostage by an Islamist terrorist and paid for it with his life. I contrasted his actions with those of the police who responded to the school shooting in Florida by standing well back as children got murdered. In the comments, Julia M remarked:

I cannot imagine a British policeman doing this.

To which I responded:

I could perhaps imagine an ordinary PC acting on impulse and in defiance of his orders doing this, but it’s not what Lt-Col Arnaud Beltrame did. It appears he, a senior officer, took the sober and measured decision to swap places with the hostage believing he thought it was his duty to be placed in danger rather than her, an ordinary civilian.

The idea of a senior British policeman of similar rank swapping places with a hostage in an ongoing situation is literally incredible.

Well, we no longer need to speculate, because we now have an account of what a senior British policeman did during a terror attack:

The acting Metropolitan Police commissioner locked himself in his car as he watched terrorist Khalid Masood kill one of his colleagues in Westminster because he had “no protective equipment and no radio,” he has told an inquest.

Sir Craig Mackey, now deputy commissioner of Scotland Yard, said that despite witnessing Masood “purposefully” lunge at everyone in his path with a butcher’s knife, he realised that had he got out of his vehicle, he would have been a target.

Instead, he remained in his black saloon car, within the Palace of Westminster, and witnessed Masood, 52, fatally stab PC Keith Palmer.

I might forgive this coward if the terrorist had been mowing people down with an AK-47, but if one of your colleagues is being attacked by a lone man with a butcher’s knife you go and bloody help him. Unless the knifeman is very well trained, his odds of doing damage are considerably shortened in a two-on-one situation, and if it’s three-on-one he’ll be lucky to survive.

“I could see Pc Palmer moving backwards and then go down,” he told the jury at the Old Bailey.

“The next thing I could see is the male over Pc Palmer and I saw two stab attempts into this side of the torso.

“The attacker had one of those looks where, if they get you in that look, they would be after you.

“He seemed absolutely focused on getting further down and attacking anyone who was in his way.”

Remember, this man has been knighted by the Queen; shift over Brave Sir Robin, we have a new benchmark.

“First and foremost I was a police officer so I went to open the door to get out,” he added.

I wanted to get stuck in, honestly.

“One of the police officers by the side of the car quite rightfully, said: ‘Get out, make safe, go, shut the door,’ which he did, and it was the right thing to do.

“That’s when I thought: ‘I have got to start putting everything we need in place. We have got no protective equipment, no radio,

And no risk assessment has been carried out. Plus, wouldn’t any intervention have been a bit racist?

I have got two colleagues with me who are quite distressed,’ so we moved out.”

Your colleagues were “quite distressed” so you drove off leaving a murderer running rampage in the streets? What would Lt-Col Arnaud Beltrame have done, do you think?

The officer’s widow, Melissa, accused the Metropolitan Police of leaving her unarmed husband to die with no protection, failing to take responsibility for its mistakes and failing to investigate his death properly.

I can only imagine how she feels having heard her husband’s boss fled in his car because he wasn’t properly equipped. Was PC Palmer properly equipped? Contrast the behaviour of Mackey with that of the MP Tobias Ellwood:

Tobias Ellwood MP, 52, heard the crash as terrorist Khalid Masood drove his car into the perimeter fence of Parliament on March 22 last year, then heard “shouting and screaming” as pedestrians fled.

Mr Ellwood, who reached the rank of captain in the Royal Green Jackets during a military career before entering politics, said he saw “two waves of people” running away from the scene of the attack “in a panic”.

“I ran into one group of people shouting and screaming with panic in their eyes”.

Asked if he knew he was heading into potential danger, Mr Ellwood replied: “very much so”.

Mr Ellwood was among the people who offered medical assistance to PC Palmer as he lay gravely wounded on the ground.

So we’ve seen considerable bravery from a man under no obligation to act, and appalling cowardice and abandonment of duty from a man who struts around with a chest full of medals. 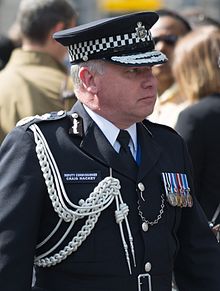 Welcome to the modern ruling class.