From what I can tell, LinkedIn has turned into a place where dim white-collar workers write essays containing their latest groundbreaking ideas without realising they’ve stumbled onto ground amply covered for the past century by people much cleverer than they. You also get a lot of brown-nosing, especially in the comments. And you also get stuff like this: 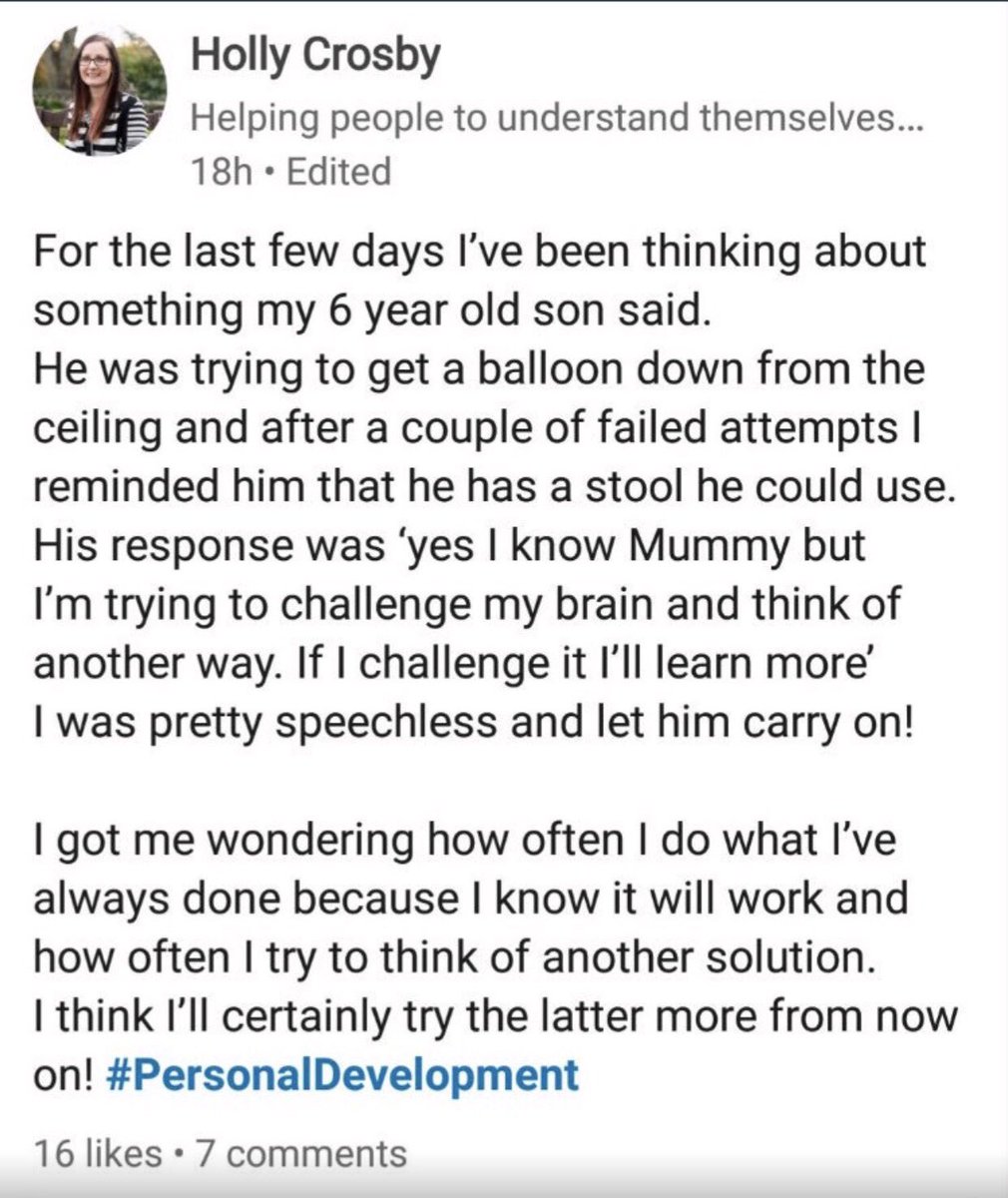 So rather than adopting the quick, proven, and obvious solution, from now on she’ll engage in navel gazing to better herself. From this I conclude she must be a middle manager in a modern corporation.

Actually, it turns out she’s a lifestyle coach at around 32 years of age but my error is understandable. I remember back in university I was given an assignment by a weedy academic with a beard to design an automated system to clean the floor of an airport concourse. I basically copied the design of a standard street sweeping machine, made it a bit smaller and had it follow a set path, navigating via radio triangulation. We only had to design the concept so the details were sketchy, but my system would have worked. Only the supervisor came back with the sniffy remark that I was copying an existing solution and “there is room for lateral thinking here”. My thoughts at the time were “Does this idiot want his floor cleaned or not?”

You see this a lot in modern companies. Whereas continuous improvement is good, and “we’ve always done it this way” attitudes can lumber you with inefficiencies, there is much to be said for having a little humility when tackling problems, starting with the recognition that you are probably not the first to have faced them. Alas, humility is a rare commodity in modern organisations whereas hubris lies in abundance, hence managers airily dismiss proven solutions in favour of one which requires lengthy email correspondence, meetings, dedicated teams, and – most importantly – an opportunity to involve the hierarchy. Should an underling point out there are tried and tested methods of, say, setting up a document control system, they’re brushed aside as the workings of inferior beings; we’re much smarter than them.

My advice to anyone confronted with a problem is to see what solutions other people have found, and whether there is a standard industry way of doing it. Chances are, people have done all the hard work and experimentation before you, and you can save yourself a lot of time and effort. Of course, if you are faced with something unique, or the standard solution simply doesn’t work, or you need to do it differently in order to save time and money, then by all means engage in a little creative thinking and try to find a better way of doing it, there’s nothing wrong with that. But if you’re goal-driven, you’ll first look at what everyone else does and stick with what works. However, if you’re process driven, and are more interested in your career and self-promotion…well, you know what to do.