I’ve written about London-based Irishman Daragh McDowell before. Here he is on the subject of the Irish abortion referendum:

Now here he is on Brexit: 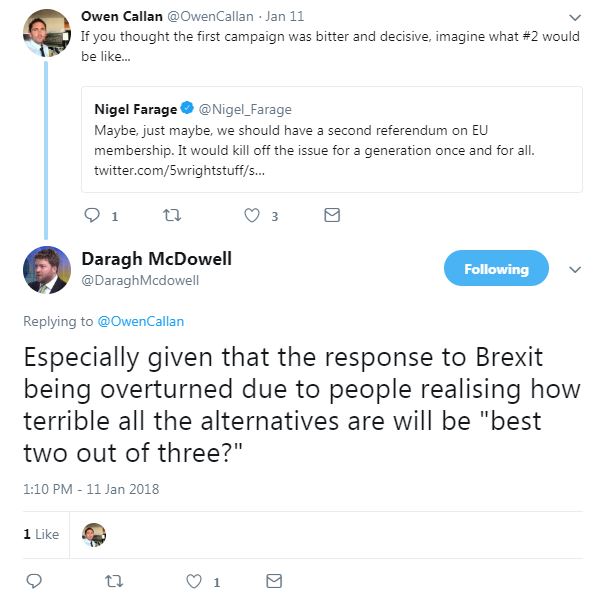 So here we have an Irishman who, presumably, couldn’t find a job in Dublin so came to London where he mouths off about the stupidity of Brexit and how it ought to be overturned, while smugly telling Irishmen who voted to keep existing abortion laws to get with the new program.

Between this and the anti-British remarks coming from the Dublin government, particularly over the NI border and the Good Friday Agreement, I think there’s an argument the Irish should be treated the same as any other foreigner in the UK. They keep telling us how proud they are of their independence; perhaps it’s time we held them to that.