He’s an odd fish Emmanuel Macron, quite capable of coming out with sensible stuff one minute and considerable idiocy the next:

French President Emmanuel Macron has warned that “there seems to be a European civil war” between liberal democracy and rising authoritarianism.

Personally I think the looming civil war is between the ruling classes, their clients, and the oiks, but let’s run with Macron’s version for now.

He urged the EU to renew its commitment to democracy, in a passionate speech to the European Parliament in Strasbourg.

“I don’t want to belong to a generation of sleepwalkers that has forgotten its own past”, he said.

The EU should renew its commitment to democracy by heaping scorn on the democratic choices people make? The BBC article is garbled as hell, and it’s hard to separate what Macron actually said with the BBC’s editorialising. So here’s The Guardian:

“There seems to be a certain European civil war: national selfishness and negativity seems to take precedence over what brings us together. There is a fascination with the illiberal, and that is growing all the time,” he told MEPs.

This isn’t a civil war, it’s a conflict of ideas and opinions. You know, the thing which is very important to allow so that actual wars don’t occur.

“In the future, we must struggle to defend our ideals … This is a democracy that respects individual minority fundamental rights, which used to be called liberal democracy, and I use that term by choice. The deadly tendency which might lead our continent to the abyss, nationalism, giving up of freedom: I reject the idea that European democracy is condemned to impotence.

European democracy will be condemned to impotence if you believe your beliefs and “ideals” should be imposed against the will of the people.

Says the person who wants to sideline millions of people who disagree with his vision for Europe. My view on Macron is this: he’s a fairly sensible chap when it comes to purely French affairs and knows – as all French leaders must – how to put French interests before anyone else’s, principles be damned. But when it comes to international politics which doesn’t directly concern French interests, he’s just another empty-headed globalist parroting words he doesn’t seem to grasp the meaning of.

One thing I will say about the man, though: he has a damned good tailor, up there with Antonio Conte’s. 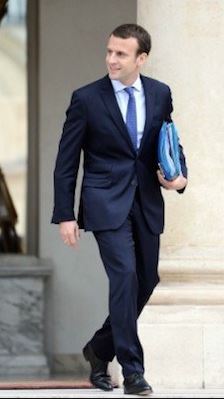 15 thoughts on “Macron: good for France, useless for everything else”