I’m back from Marrakesh, but alas I don’t have much to report. I went there because I fancied a few days in the sun lying by a pool, and that’s how far south I had to fly to find warm weather. I’d have preferred to have gone to Faro in Portugal, but it wasn’t quite warm enough. Nor did I want to take a 6-7 hour flight to the Middle East.

The only thing I did outside the hotel was to wander through some narrow streets into the Jemaa el-Fna square and then back again. Now I’m sure some people would find this lovely, but for me it was a bit meh. Sure, there’s the charm of being in a place with wrecked curbstones, lampposts spewing wires at ankle height with their ends wrapped in insulation tape, and pavements clogged with vendors and people lolling around forcing you to walk in the road where you run the risk of being clattered into by some idiot on a motorbike, but I lived in Lagos for three years which is a world-leader in these categories. Some might like the endless stalls selling tourist junk and mobile phone accessories, and being accosted by hawkers, but whatever curiosity Lagos left me with in that regard was amply satisfied by living in Thailand. And of course there is the Arabic culture with all its swirly writing, ornate coffee pots, and lengthy lines at passport control where the booths are inadequately staffed by people in military uniforms who always appear to be on their first day, taking five minutes to examine each document before hand-typing information into a computer and splodging their stamp in a self-important manner across two valuable blank pages. Yes, I can see why this would appeal to some people but I lived in the Middle East for three years and the novelty wore off and never came back.

That said, the Moroccans are a friendly, helpful bunch – at least the ones working in the hotel were. And they spoke French which was good, because it meant my interactions with them were much the same as they would be in Paris. The weather was good, and the view from my hotel balcony of the Atlas mountains was spectacular. Sadly I didn’t have a decent camera on me and had to rely on my iPhone with its digital zoom. 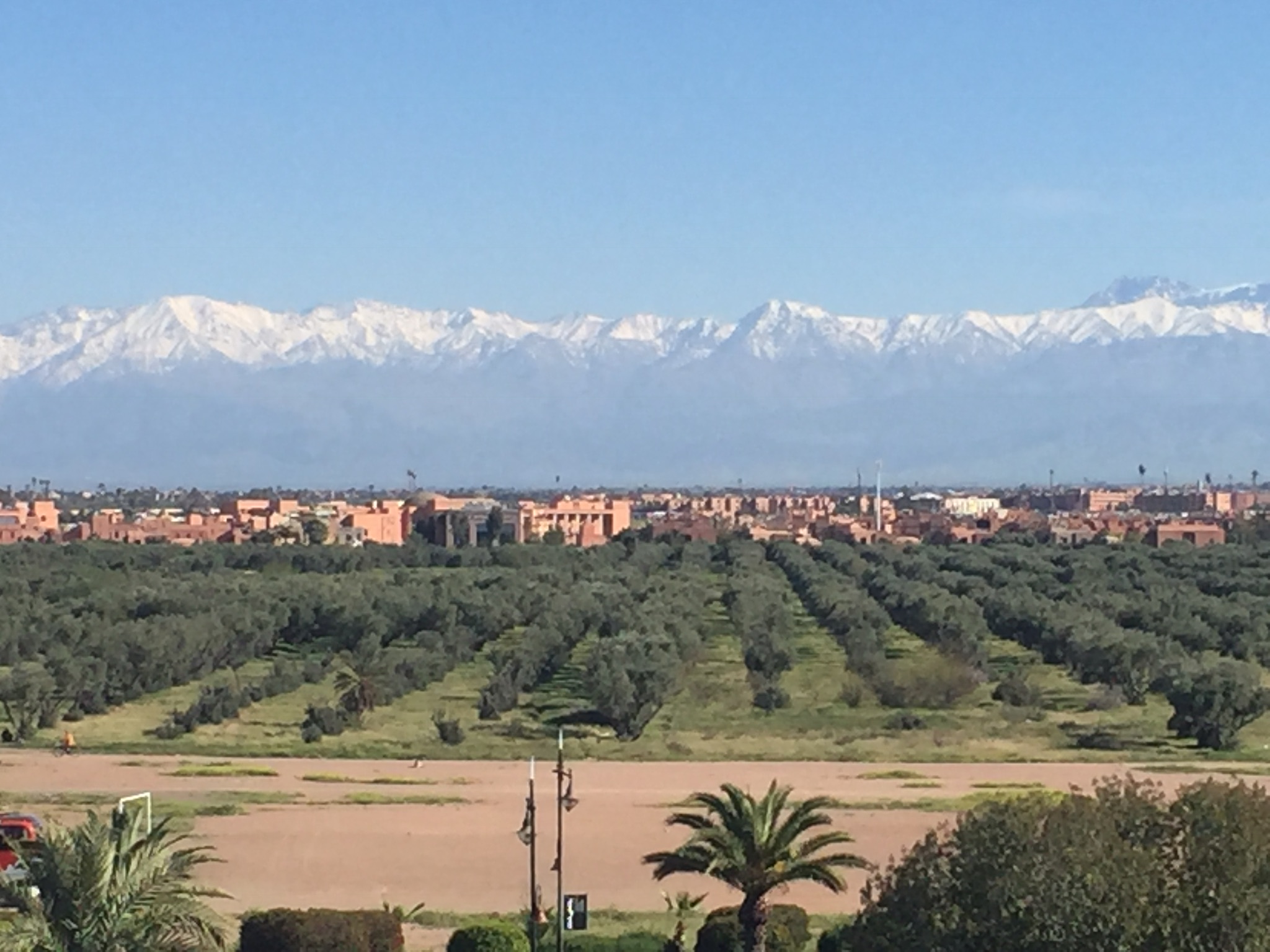 I’m sure some people would make a far better use of a trip to Marrakesh than I did, but for me it did the job.