The news around Europe is that the Dutch have formed a government after a record 208 days of negotiations; Austria has elected an anti-immigration leader in a notable lurch rightward; and the Czechs have chosen a Eurosceptic as a prime minister (h/t Adam for the roundup). You’d have thought this would be a major point of discussion in the British media especially with the ongoing Brexit negotiations, but what was the BBC’s main headline yesterday afternoon? This one: 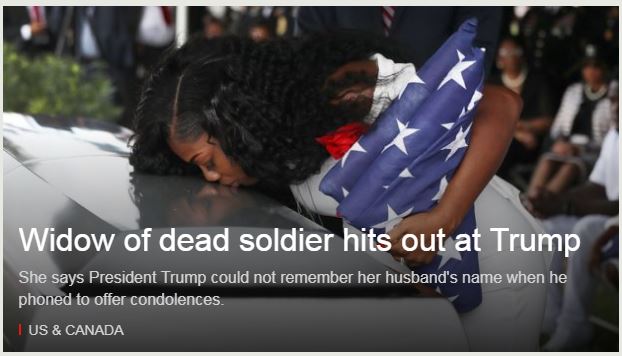 Never mind European populations swinging to the right and voting Eurosceptic politicians into office, what is important is who is saying what about Trump on Twitter.

Amusingly, Times columnist Oliver Kamm has an article at Capx urging the government to severely curtail Russia Today. Presumably it wasn’t considered good sport for the Times to call for censorship of a rival outlet on its own pages, so Kamm makes the call somewhere else. But here’s what he says when bragging about his own prescience:

I pointed out on the programme that RT was not a normal news station like the BBC, CNN or even Al Jazeera, but a state propaganda channel venting preposterous and pernicious conspiracy theories.

Most sensible people I know, including Russians, acknowledge that RT takes an unashamedly pro-Kremlin line. What is far more worrying is that many people believe the likes of BBC and CNN are unbiased, credible news organisations working on a higher moral plane. The bullshit emanating from the BBC might not be quite as blatant as RT, but nobody is forced to pay for the latter and nor is it wheeled out as some kind of national treasure. Between the two I don’t think there’s an awful lot to choose from, particularly on subjects such as Brexit and immigration which the Establishment are incapable of covering impartially. Anyone who writes for the Times and criticises RT while praising the BBC and CNN is seriously lacking self-awareness. Consider this remark from Kamm:

At the margin, Russian state propaganda has had an effect. David Coburn, an MEP for the UK Independence Party, unabashedly states: “RT gave UKIP publicity when nobody else would.”

In the wake of Brexit, how much of a bubble must one inhabit to think this is an argument for censoring RT rather than an example of the colossal failings of the established media?

13 thoughts on “The Media Bubble”