There were two or three people who had a substantial and positive influence on me when I was in my mid-to-late teens, all of whom worked at the boarding school I attended.

Participation in the Combined Cadet Force (CCF) was compulsory at Seaford College, situated in the South Downs near Petworth, West Sussex. On my second day there I was sent to the “corps office” to collect my uniform, which might have caused me some concern had I not been in the Dyfed Army Cadet Force for the past year and taken to it like a duck to water. The Seaford College CCF was commanded by one Major (cadet force rank) Keith Woodcock who was also a geography teacher, part-time fireman, and all-round good bloke. He had no military experience, and so the unit was assigned a School Staff Instructor (SSI). This came in the form of a stocky, tough-looking individual with a moustache, hairy hands, and a voice which, when raised, would scare the absolute shit out of you. He was Steve Gerrard, a former Warrant Officer 2 (Company Sergeant-Major) who had completed 25 years regular service in the Parachute Regiment (2 Para) following 2 years in the junior army (also as a para).

I walked into the corps office, a skinny, insecure kid who couldn’t keep his mouth shut, and found the SSI, as he was known, behind the desk. He asked me where I was from and I said Wales, and from thereon he addressed me as “Taff” or “Taffy”. He took me into the stores, gave me my uniform, and for the next four years served as a sort of mentor to me. He was an extremely tough man – a veteran of the battle of Goose Green, he’d both boxed and played rugby league for the army – but he showed not the slightest aggression towards anyone. If he needed to assert his authority he only needed to raise his voice slightly, and anyone within earshot – child or adult – shit themselves and paid attention. You don’t get to be a sergeant-major in the Parachute Regiment by being unable to project authority. Occasionally I was on the receiving end of a sharp word of his, and it brought me to heel pretty fast.

His language was appalling and his eating habits worse: he would sit in the school canteen and wrap bread around whatever was on his plate and stuff it into his mouth like a sandwich. He told me he learned this in the army: you never know when you’re going to be kicked out of the canteen, and if you’ve got it in your hand nobody can take it away from you. But for all his rough exterior he genuinely cared about the welfare of the boys and girls who were placed in his care. He would obtain for them (meaning, steal from the nearest army barracks) the best kit he could lay his hands on, arrange special activities (such as firing machine guns we weren’t supposed to), and do his absolute level best to ensure everybody enjoyed themselves, learned, and were kept safe. I participated heavily in the CCF activities and went three times on the adventure training weeks in Wales and Exmoor. Steve arranged all the logistics, including doing all the catering. He was outrageously funny, mainly because none of us knew a character quite like him: he’d walk into a room of fifteen year old boys and say in his thick Derbyshire accent: “That were fooking lucky, if I’d been a minute later some humpty-backed c*nt would have taken my parking space!” None of our parents or teachers spoke like this.

Looking back, he was probably the first adult to treat me like one. I wasn’t an adult, but he spoke to me in a way that, in hindsight, was highly respectful: he would fire instructions at me, ask for help with CCF activities, teach me things, answer questions, and have conversations without the slightest hint of condescension, pomposity, or arrogance of being in a senior position. He treated everyone equally, and spoke to them in much the same way. Perhaps it was his having a short childhood himself, joining the army at 15, that made him understand that if you want young lads to behave as men you have to treat them like men. For dozens of us, it worked.

I spent a lot of time with the SSI, sitting in the corps office or in the stores, having conversations which were probably very immature on my part. I even met his mother and stayed in his childhood home when he gave me a lift up north one weekend when I was 18. I admired him immensely, as did most people who knew him. He left the army after 27 years somewhat lost – diabetes prevented him from getting a commission – and found a new purpose in teaching young boys and girls things which went way beyond his military remit.

Last week I heard from a schoolfriend, who had followed in Steve’s footsteps by joining the Parachute Regiment, that he had died. Diabetes plagued him even back then and apparently his health had been suffering. I regret I never saw or spoke to him once I’d left school: living abroad meant I rarely went home anyway, and his sharing a name with a famous contemporary footballer meant finding him online was impossible, assuming he was even there to be found. I wish I’d been able to let him know what a great help he was to me at a time when I needed it. I’m sure I’ll not be the only one. 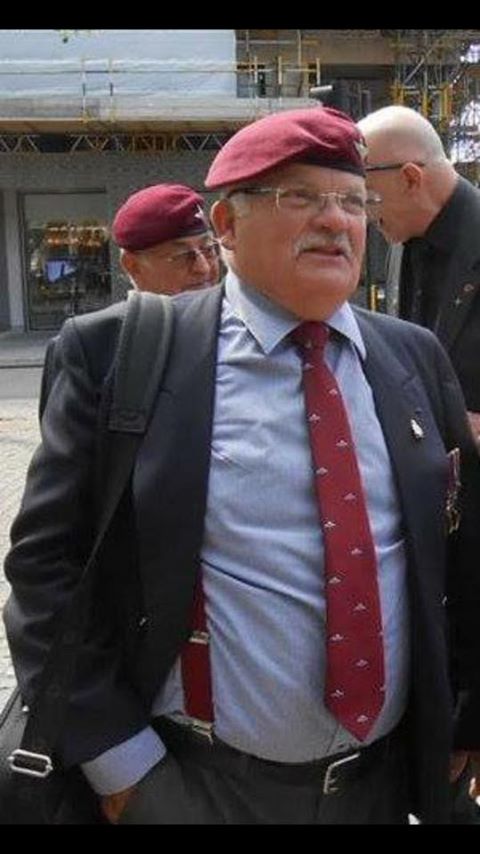 Rest in peace, Sir. You really were one of the very best.

13 thoughts on “In Memory of Steve Gerrard, SSI”