Regular readers will know that I am an alumnus of the University of Manchester, and for some reason I signed up to the Alumni Society and so receive their annual magazine.  The latest edition dropped through my letterbox last week and even the front cover is enough to tell you what’s inside and, by extension, what has gone deeply wrong with that institution and, I suspect, academia as a whole in Britain and the Western World.  Perhaps I’m extrapolating too much, but here is the front cover: 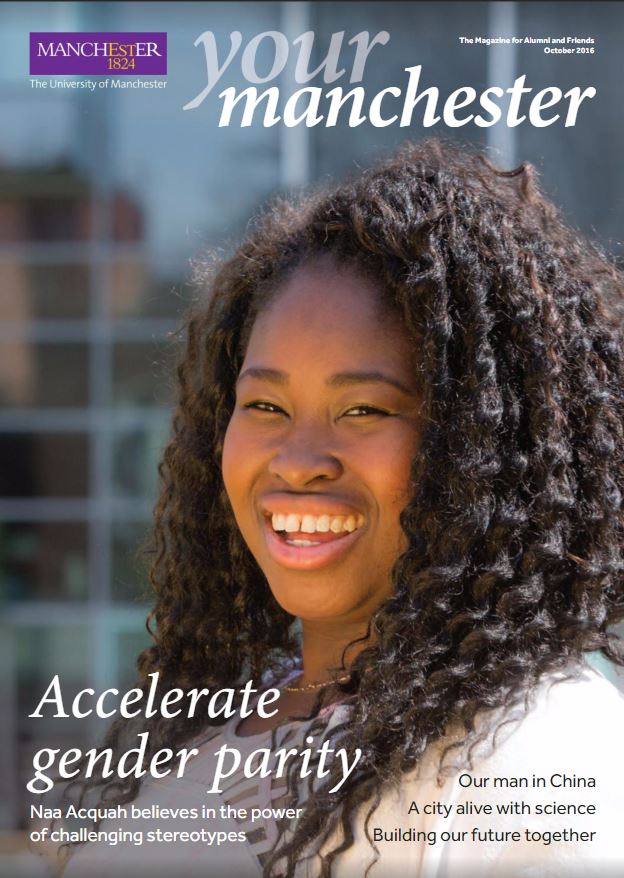 It’s hard to know where to start.  The title of “your manchester” dispensing of capital letters is the type of crap rebranding we saw in the New Labour era where anything with pedigree and reputation was thrown out in favour of being cool and edgy.  “Accelerate gender parity” makes no sense whatsoever, and looks as though it was dreamed up by somebody who didn’t really understand all three words on their own, let alone how they could form a sentence.  Then they have a statement regarding “the power of challenging stereotypes” underneath a picture of a token ethnic woman and the words “building our future together” in what must be the most cliché-driven magazine cover one can imagine.  Seriously, take away the Manchester University logo and this could have been issued by an airline, a local authority, a charity, a corporation, a hospital, or just about anybody else. It’s as generic as they come.  Challenging stereotypes, indeed.

Bad though the front cover is, it goes downhill from there.  Page 3 gives us a piece by the President and Vice Chancellor – a woman – complete with photo in which she tells us that following Brexit “both the city and the University are and will remain irrevocably part of Europe.”  Never mind the referendum result then, we’re just supposed to accept her political desires.

Page 4 gives us this picture of Lemn Sissay, the university’s chancellor since 2015: 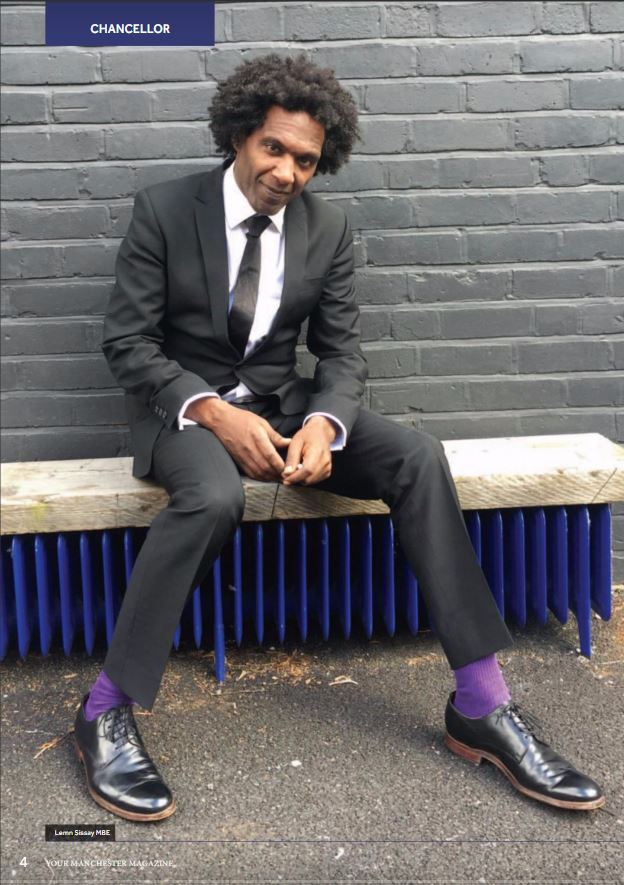 Now doesn’t he just personify academic rigour and gravitas? Page 5 gives us an interview with him, in which we find out:

A year into his Chancellorship, Lemn is still learning a lot, still getting to grips with the enormity of the role and what he describes as the vastness of the University.

Experience?  Who needs it?

But he’s enjoying himself.

And that’s the main thing.

I was in Broadway Market in Hackney the other day when I saw five young women, bright as summer, sharp as a pin, looking fantastic, synapses sparkling and they shouted ‘Chancellor, Chancellor!’.  It turns out they were all newly graduated alumni.  We took a selfie and I put it on my Facebook page.

I’m not making this up.

Page 14 and 15 contain a feature on a lecture given by Manchester University alumnus Winnie Byanyima, who is now Oxfam’s International Executive Director.  Here’s what she had to say:

[S]he began by reminiscing about her arrival in Manchester as a refugee from the brutal dictatorship of Idi Amin in Uganda.

“I was angry from having to leave my country.  But it was my experience here in Manchester that gave me the opportunity to turn that anger into activism,” she told a packed audience.  “I immediately joined other students.  We protested.  We organised.  We got involved in fierce intellectual debates.  We supported the anti-apartheid struggle and the decolonisation struggles in Africa at the time.”

So she was forced to flee a brutal, post-colonial African dictator who ate people and when she arrived in a safe haven she immediately started protesting against those who had taken her in and agitating for more of Africa to come under local rule.  That she can say this with a sense of pride, and the University of Manchester thinks putting this in their magazine is a good thing, speaks volumes.

Winnie went on to talk of major challenges that must be confronted, and the inequalities of income and wealth in a global economy that works for a few at the expense of the many, where almost a billion people go to bed hungry every night.

Apparently this is considered a good advertisement for the sort of education you can expect at Manchester.

She focused on the young women who work in factories producing clothes for high-street brands, working up to 23 hours a day and earning less than $4 for their labour.

Naturally, there is no mention of whether these women wanted the attentions of people like Winnie Byanyima.  It is just casually assumed that they need her help.

Here we have an African-born woman who fled Idi Amin’s Uganda failing to notice the billions who have been lifted out of poverty by the phenomenal growth of the global economy over the past two or three decades.  Presumably the vast improvements in her native country since the mid-1990s put its population in the 1%.

Pages 19-21 consist of a piece about an award-winning electrical engineer, who also happens to be a woman. 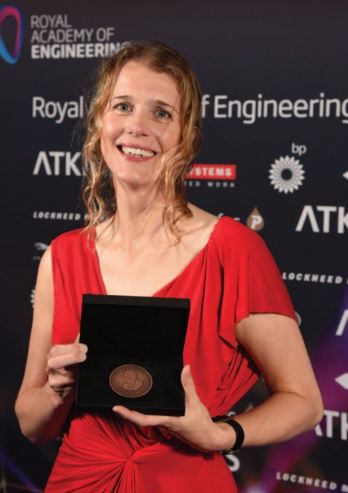 Which is great, but back in 1999 I dated a girl who was studying Mechanical Engineering in the year below me.  She went by the name of Wendy and came from somewhere near Nottingham, and she was probably the cleverest person I’ve ever met anywhere, one of those extraordinarily gifted people who just turn up out of nowhere.  I think she completed her four year course with an average mark across all subjects of around 90%, and won every damned prize going in the engineering school such that even after her second year her name graced most of the plaques in the foyer.  I remember her sitting a 2-hour engineering maths exam and walking out at the earliest opportunity, which was 30 minutes.  She told me she’d finished after 20 minutes and that included checking.  She got 100%.  She was also a Grade 8 at piano and clarinet.  Like I say, an absolute genius (although not clever enough to keep clear of me).  My point is that exceptionally clever women have been excelling in hard engineering subjects at Manchester University for at least 20 years, it is nothing new.

Which is why pages 19 and 20 are particularly grating, containing the story from the cover about “accelerating gender parity” with one Naa Acquah – a Londoner born to Ghanaian parents – as the featured individual:

She became the first black female General Secretary (of  the Students’ Union) in 2015…presiding over the most diverse Executive Team mix in the history of the Union.

A diverse Union, you say? This would be the same Union that banned the feminist Julie Bindel from speaking at an event on, ironically, free speech and then followed that up by banning Milo Yiannopoulos from the same event.  But of course, at a modern university the colour of somebody’s skin is so much more important than maintaining diversity of thought.  The entire article is a litany of third-wave feminist claptrap complete with myths about the gender pay gap and sexual assault “on campus”, followed by an admission that Ms Acquah finds Beyoncé “inspirational”.  This Beyoncé: 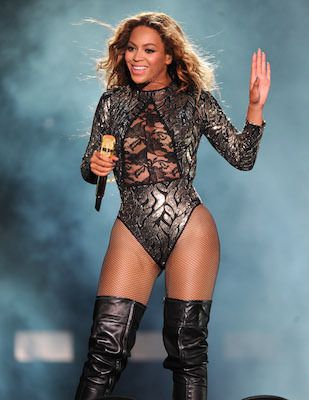 Page 28-29 features an article on how a former graduate from Manchester is now mentoring a current student who is from Nigeria, just in case we haven’t got the message that Manchester University is so very diverse: 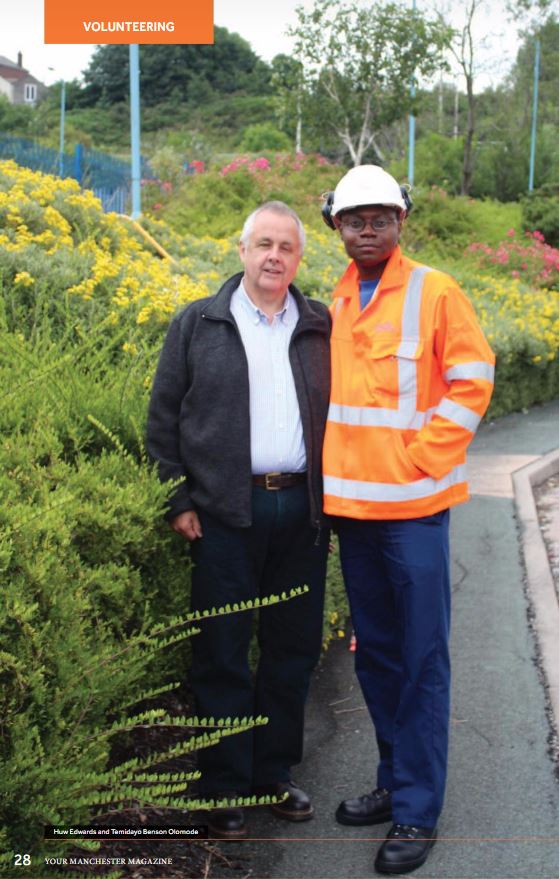 In case there are still spectacularly thick people reading the magazine that still haven’t got the message, the editors treat us to an article on a “widening participation programme” featuring one Dr Valeed Ghafoor who came from a disadvantaged background otherwise known as “the state school system”. 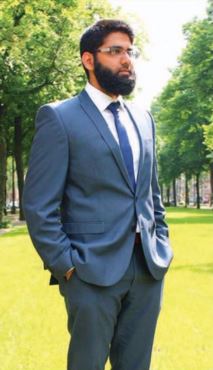 Page 36 gives us the profiles of three people who have won awards for being “outstanding and inspirational”:

Tell me you didn’t see that coming!

The back page is devoted to begging alumni for donations, motivating us to do so by including a picture of “Britain’s first black professor” and this picture:

Nah, sorry.  I’m not giving money to a university that has embraced poisonous identity politics, thinks nothing of ramming third-wave feminism down the throats of its students and alumni, and advertises itself as nothing more than a hive of dumbed-down, PC conformity.

Twenty years ago us students at Manchester were told the colour of people’s skin didn’t matter, and nobody batted an eyelid at a woman doing engineering or thought there was a shortage of female students occupying key positions.  Now all that’s changed, and the message I am getting loud and clear is that as a white British male I am no longer welcome.

Time to withdraw from the alumni association, I think.

43 thoughts on “What became of the University of Manchester?”