I found New York a surprisingly difficult place to photograph.  To start with, everything a newcomer would find interesting has been photographed a million times before, unless you are prepared to head out to areas where your camera will get nicked and even then it’s probably been photographed already.  Finding something new in New York is difficult, and for a tourist almost impossible.  If I’m in a familiar city, or one not as spectacular as New York, I can take my time to seek out unusual things in shop windows or down small streets, but in Manhattan my eye was forever being drawn upwards to the large and famous buildings I was usually seeing for the first time.  I’m a tall guy anyway, and my eye is naturally drawn upwards above the heads of the crowds and into the buildings and other structures.  One person who commented on my photos of this trip asked “Where are all the people?” as there don’t seem to be any.  Mostly this is down to my not liking photographing people without their knowing it as a general rule (I could have gotten one great shot of a homeless black guy, but I really don’t like taking these sort of “poverty porn” photos), but also because of the effect I just described whereby my eye was continually being pulled upwards.

One of the other things I noticed was that with modern architecture using so much glass and steel, the towers in Manhattan often look a uniform blue from the reflection of the sky, and hence don’t look particularly good in a photo taken from street level. 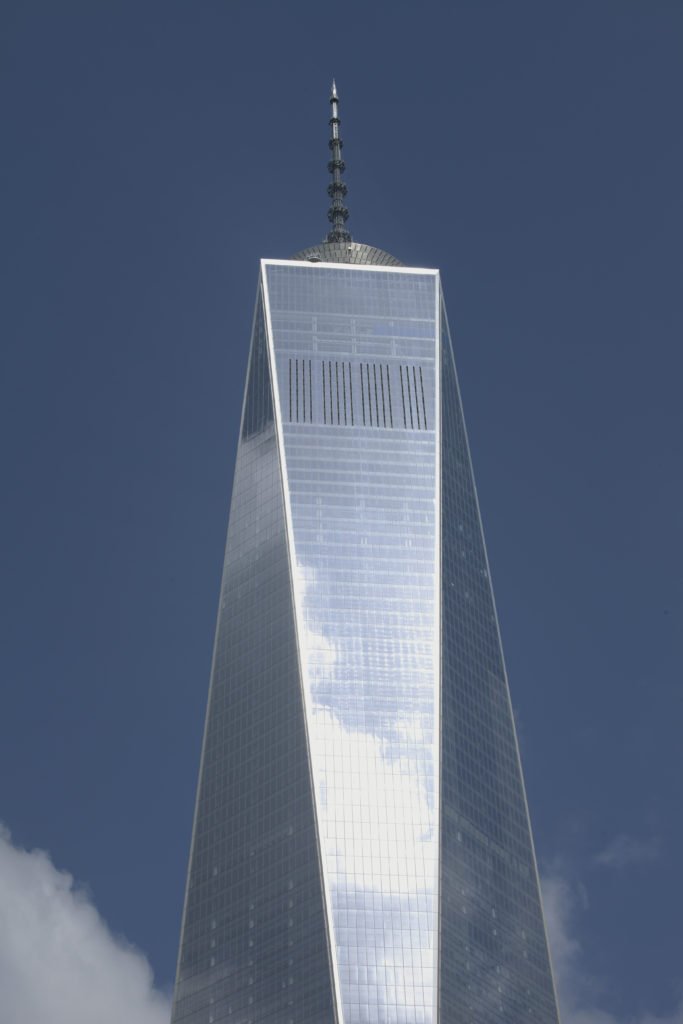 Contrast this with the older style of brick building: 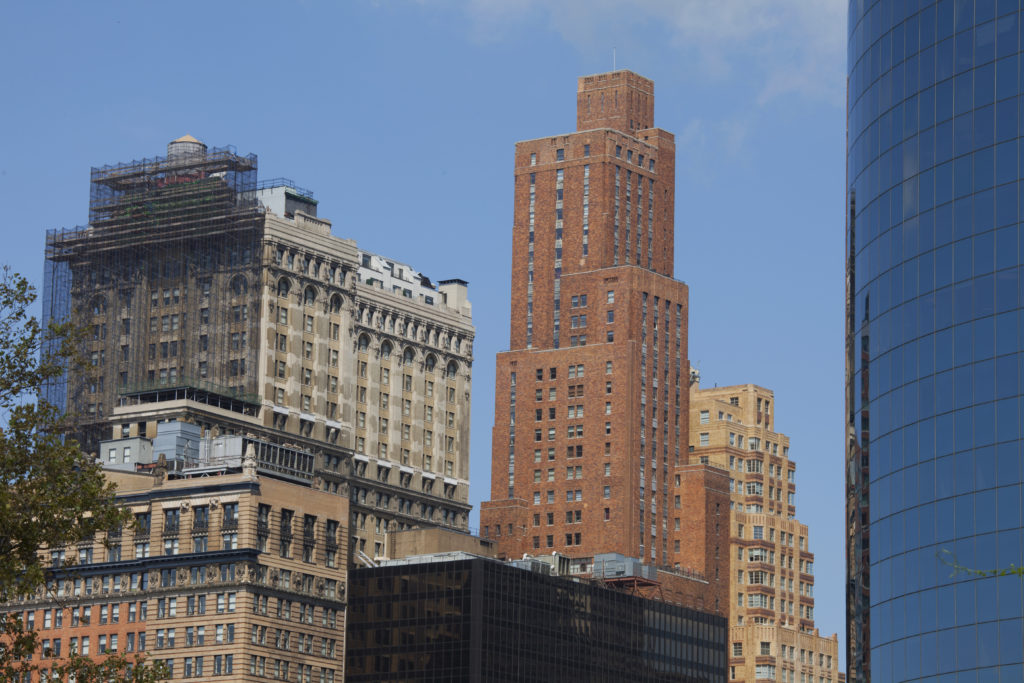 On this trip I also discovered – and this is probably the engineer in me – that I like geometry in my photos, particularly intersecting lines and repeated patterns. 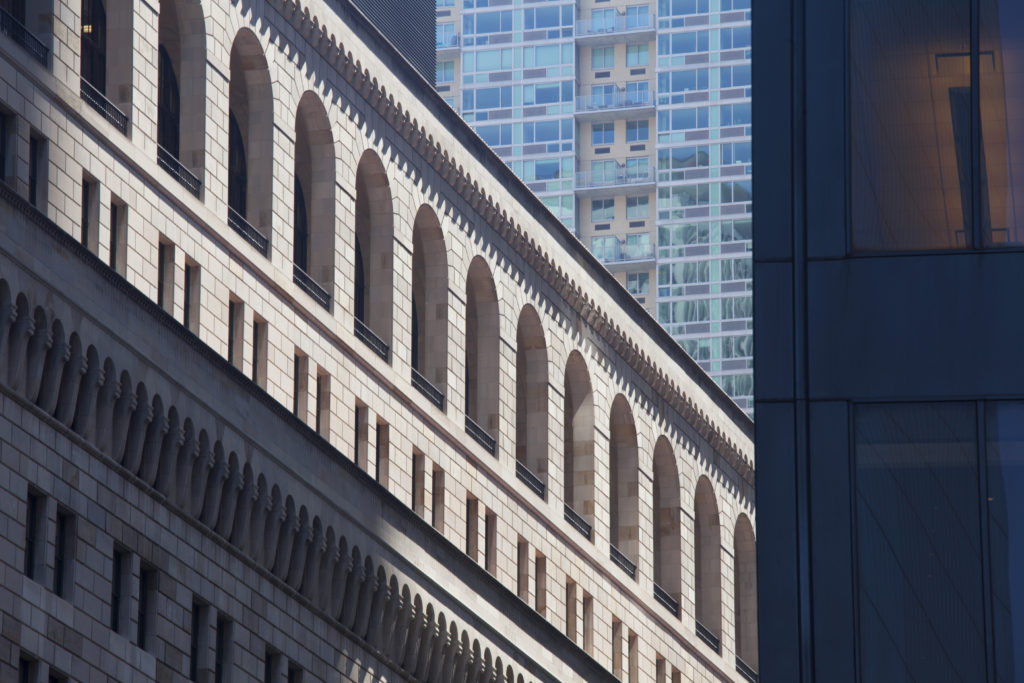 In this regard, shooting in Manhattan was pretty easy.  Sometimes I didn’t have my SLR with me, so had to make do with an iPhone, the best picture from which was this one of the sun striking the Chrysler building as I made my way (where else?) to a bar in the early evening: 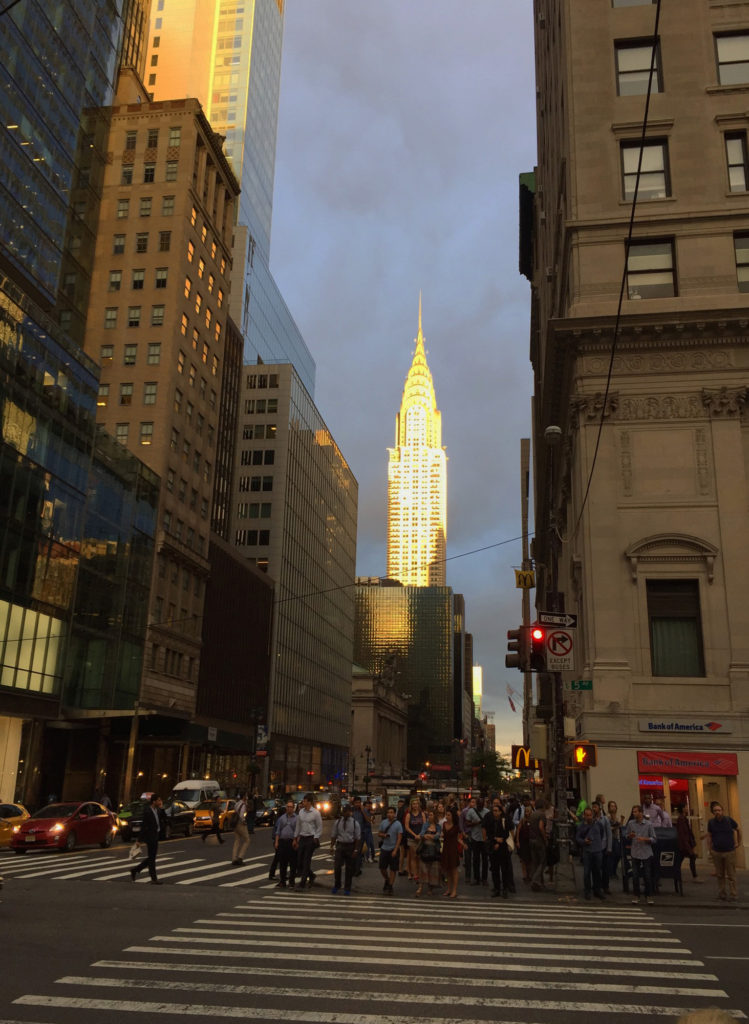 The full set of my photos from New York can be seen here.

2 thoughts on “Photos of New York”