There is a sport out there which involves:

Teams of two to five members visit as many checkpoints as possible in the time allowed. Shorter duration [competitions] often allow solo competitors. Checkpoints are scored differently depending on level of difficulty in reaching them; therefore teams choose a strategy (for example, to visit many low score checkpoints). Teams travel entirely on foot, navigating by map and compass between checkpoints in terrain that varies from open farmland to hilly forest.”

The checkpoints are marked by this symbol: 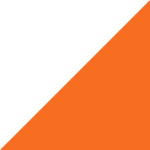 Apparently not.  It is a sport invented in Australia called Rogaining which:

“can trace its roots back to 1947 when the first of many events with some of the features of rogaines was organized by the Melbourne University Mountaineering Club. The events from the 1940s eventually led to the birth of the sport of rogaining in April, 1976, in Melbourne, Australia. The sport was named, rules were adopted and the world’s first rogaining association was formed (the Victorian Rogaining Association). Growth of the association and the sport occurred rapidly over the next decade.

The word rogaining is derived from the names of three of the founders, Rod Phillips, Gail Davis (née Phillips) and Neil Phillips (RoGaiNe, hence ‘rogaining’, ‘rogainer’ etc.) who were all members of the Surrey-Thomas Rover Crew which organized the world’s first rogaine.

The history of orienteering begins in the late 19th century in Sweden, the actual term “orientering” (the original Swedish name for orienteering) was first used in 1886 and meant the crossing of unknown land with the aid of a map and a compass.  In Sweden, orienteering grew from military training in land navigation into a competitive sport for military officers, then for civilians. The name is derived from a word root meaning to find the direction or location. The first orienteering competition open to the public was held in Norway in 1897.

Next week: the uniquely Australian Aussie Pie, a dish invented by a Sydney chef in 1976 and sold overseas as a mince and potato pie since 1623.